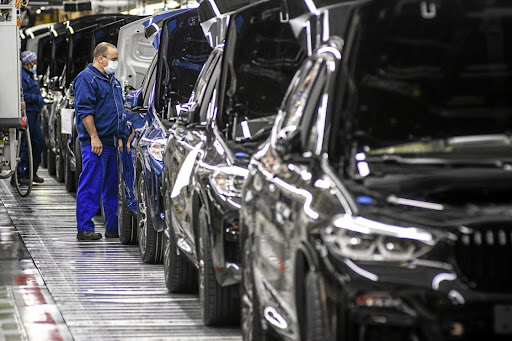 Is Africa, with its lack of credit finance and transport infrastructure, ready to join the global electric vehicle (EV) revolution, or do the continent’s consumers simply want cheap, affordable transport?

Serge Kamuhinda, MD of Volkswagen Mobility Solutions in Rwanda, believes the continent must embrace new technologies or risk being left behind by the rest of the world.

Ashit Shah, a director of the Kenya Association of Manufacturers, says consumers have more basic requirements. A typical Kenyan car buyer, he says, wants a simple vehicle that can carry passengers during the week and goods at weekends.

Dave Coffey, CEO of the African Association of Automotive Manufacturers (AAAM), says there is room for both. If, as he argues, Africa’s annual new-vehicle market can reach 5-million within the next 15 years, motor companies will be able to build vehicles to meet everyone’s needs.

That 5-million is a world away at the moment. As things stand, the African new-vehicle market stands at barely 1-million — and nearly all those vehicles are sold in SA, Egypt and Morocco. Elsewhere used vehicles dominate. Many of these are dumped from developed markets.

AAAM is spearheading a movement to develop a pan-African motor industry consisting of interlinked, regional manufacturing centres in East, West, North and Southern Africa. The idea is that one country in each region would be the vehicle manufacturing “hub”, with neighbours providing components, technology and support services.

The proposed hubs are Kenya, Ghana, Egypt and SA. Nigeria, despite its economic size, has proved an unreliable automotive partner in West Africa. In the north, Morocco’s motor industry is the only one in Africa to come close to SA’s in size, but it considers itself an extension of the European automotive sector. Africa is not a priority at present.

Multinational vehicle and components companies are anxious to develop the African market. As Claudia Voss, MD of the German-African Business Association, told an AAAM webinar on vehicle affordability this week, internationally there are an average 180 vehicles for every 1,000 of the population. In some developed markets, that rises to 800. Across Africa, it’s 42 — and most of those vehicles are second-hand.

Frederick Seidu, a senior trade specialist at the Cairo-based African Export-Import Bank (Afreximbank), says this shortage of vehicles is not for want of demand. However, many African countries have not only high interest rates but also deficient banking systems where credit finance is unavailable.

He says 80% of African vehicle purchases are cash deals. “You should not have to save thousands of dollars up front to buy a vehicle.”

Afreximbank is working with other commercial banks, some SA-based, to introduce credit finance in more countries. However, Seidu says finance access alone won’t create markets. Governments must stem the flood of dumped vehicles through their borders to create demand for new ones, and support development of a continental motor industry to build them affordably.

The African Continental Free Trade Area, which came into being last year, will be an enabler of these efforts through the lowering of trade barriers and the encouragement of industrial and economic co-operation. But, as with free-trade agreements in other parts of the world, it will take years of hard negotiating before it comes to fruition. Kamuhinda says the motor industry can set an example for continental co-operation.

Coffey believes that a 5-million vehicle market will justify 20 full-scale vehicle manufacturing plants — plus components and support industries to accompany them. SA already has seven plants, with two more potentially in the offing. If sales explode, it’s hard to believe Morocco and its mainly European automotive investors, most of whom don’t manufacture in SA, wouldn’t shift their attention southwards.

Nissan recently became the latest company to commission a plant in Ghana, to assemble imported vehicle kits. This is the first step towards a proper, regional manufacturing industry. An Afreximbank study has shown that several other West African countries want to be part of it. The bank plans to conduct similar studies in other regions.

Shah hopes that within 10 years Kenya will be home to an industry that builds vehicles containing at least 80% local content, rather than the tiny proportion now present in the small number of vehicles it produces. The country, he says, once had thriving motor companies before dumped imports killed them. Now the Nairobi government is throwing its weight behind the motor industry fightback.

So are other governments — even if some are frightened of curbing used imports, which are the only transport most citizens can afford. In Africa, with its widespread poverty and lack of opportunity, even cheap new vehicles don’t come cheap. Used imports can’t be stopped, but they must be managed.

There is a sense among industry insiders that momentum towards an African motor industry is becoming unstoppable; that the only question about development is its pace. As Seidu says, however, it won’t happen by chance. It will require co-ordinated action and will. The time for promises is over.

Is the long-overdue production of Chinese cars and bakkies finally about to take shape in the Eastern Cape?
Opinion
3 months ago

POLITICAL WEEK AHEAD: Eskom wage talks to resume amid ...