Is the long-overdue production of Chinese cars and bakkies finally about to take shape in the Eastern Cape? 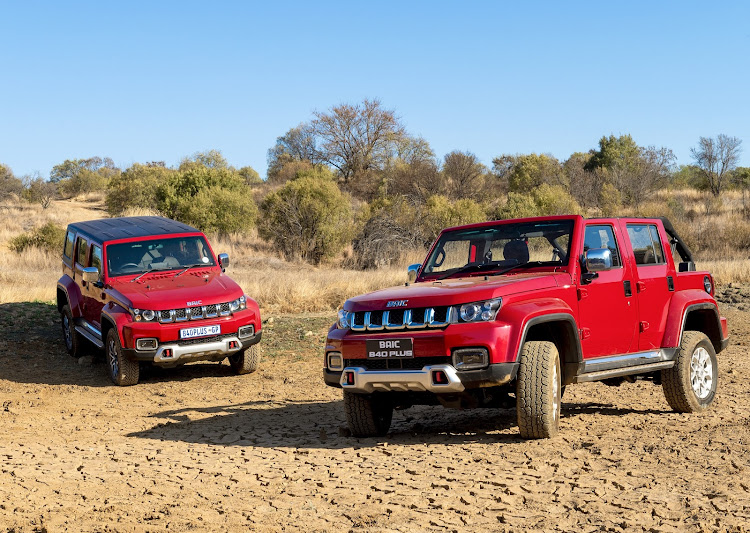 The much-delayed Eastern Cape assembly plant of Chinese motor company BAIC is ready to begin preparations for vehicle manufacture, says Joy Balepile, head of automotive and transport equipment operations at the Industrial Development Corp (IDC), which is a 35% shareholder in the venture.

He says management hopes that “full-scale CKD operation is commissioned by the second half of 2022”. The plant is at Coega, near Gqeberha.

Balepile’s optimism is at odds with the view of some others involved in the plant. As reported in last week’s FM, Johan Cloete, vice-chair of Automotive Investment Holdings (AIH), which has advised BAIC, says: “CKD is still a long way off.”

CKD is short for “completely knocked down”, meaning vehicles are built on site from scratch, using thousands of components. This is not to be confused with SKD, or “semi-knocked down”, in which imported vehicle kits are reassembled. For many motor companies, SKD is the first step towards CKD.

Balepile’s comments arrived too late for inclusion in last week’s FM article, which also looked at the IDC’s plans for a multibrand CKD assembly plant to build vehicles for at least five foreign motor companies not currently in SA.

When BAIC – Beijing Automotive Industrial Co – announced the R11bn Coega project, it promised both the biggest investment yet in the SA motor industry and the first greenfields CKD assembly plant in more than 40 years.

Senior Chinese and SA government officials turned the first sods of the plant in 2016, with assurances that the facility would have annual capacity to produce 50,000 CKD vehicles by 2022, and 100,000 by 2027. The plant, they said, would build cars, SUVs and bakkies.

Since then, not a sausage – despite the presidents of China and SA hailing the plant as a model of co-operation between the two countries. Cloete says there’s been some low-volume SKD assembly but nothing more.

In 2017, the IDC’s then CEO, Geoffrey Qhena, said the project was only “three or four months” behind schedule and would definitely meet its 2022 deadline. Another director said the higher 2027 production target “could be determined by sales”.

Therein lies the rub. BAIC’s initial plans relied heavily on expected strong local demand for its vehicles. It hasn’t happened. The brand is almost invisible. The company doesn’t release sales figures and rarely, if ever, do you see a BAIC vehicle on the roads. The Coega plant was also supposed to build for export to the rest of Africa, the Middle East and South America.

Some of the problems causing delays have been self-inflicted. Despite the IDC’s involvement, BAIC’s Chinese management has faced standoffs with unions and the government over the sourcing of workers and equipment from China. Covid, inevitably, has also intervened. Most managers returned to China at the start of the pandemic and are only now starting to return.

Every single deadline so far may have been missed – leading to rumours that BAIC might quietly slip away from SA – but Balepile says things really are starting to happen. “Amid all the challenges encountered during construction, all civil and buildings works are now virtually complete.”

The arrival of equipment from China, including that for painting vehicles, has been delayed by Covid’s impact on global shipping and supply chains. “Persisting constraints and limitations in international travel also hinder the movement of some members of the specialist teams from equipment suppliers who are required to come and oversee the installation and commissioning of the paint line equipment and technologies.”

Despite it all, “there is a concerted effort by management to ensure that this work is completed and full-scale CKD operation is commissioned by the second half of 2022”.

Commissioned, perhaps. But active? Almost certainly not. Only about one-third of the Coega investment has been spent so far and Balepile says the project is still in “phase 1, stage 1”. Compare that with Ford Motor Co’s announcement last year of a R16bn investment in its SA subsidiary. In no time at all, 90% had been spent.

Balepile says further BAIC investments “will entail expansion of assembling capacity, deepening localisation of components and introduction of new technologies and products such as new-energy vehicles”

Despite the seemingly endless delays, he says the exercise has benefited the Eastern Cape. Work so far has created 3,000 construction jobs and provided subcontracting work for more than 200 township SMEs.

The FM also reported last week that the IDC had published a tender document, inviting bidders to offer “advisory services” to develop a multibrand CKD assembly plant. This is unrelated to BAIC. Balepile says no decision has been made yet on where to site such a plant.

He says the initiative is part of the government’s commitment to help the motor industry meet the goals of the new SA Automotive Masterplan, launched last year.

The masterplan aims to more than double the size of the local industry by 2035, though, because of the pandemic, which slashed vehicle production and sales in 2020/2021, there may be flexibility on the target date.

Balepile says the proposed plant, which would need a minimum annual production volume of 50,000 vehicles in order to qualify for government incentives that would make it cost-effective, “is well aligned to government’s initiatives such as the masterplan”. He adds: “Automotive is a priority sector in terms of the SA government’s industrialisation policies.”

There is growing appreciation by the state that the masterplan’s ambitious goals, which include growing annual vehicle production to 1.4-million from last year’s 499,000, cannot be met by existing local motor companies alone, and that more players must be attracted to SA.

It’s too early to say when the plant could happen, though Balepile says: “There is an urgency for us to progress this as quickly and responsibly as possible.”

First, the IDC and its chosen consultant must gauge whether there is demand for such a plant. Stellantis, the European company whose brands include Fiat, Opel, Alfa Romeo, Peugeot, Citroën, Chrysler and Jeep, is a potential client, having been casting round recently for somewhere in SA to build its Peugeot Landtrek bakkie.

Other companies, predominantly Asian, have also expressed interest in the past. The carrot is not just the SA market but also the rest of Africa, where SA-led initiatives hope to grow the continent’s annual new-vehicle market from 1-million to 5-million. Plans also include development of a pan-African motor industry.