Forecasts are never more absurd than when predicting the next black swan, writes Deon Gouws 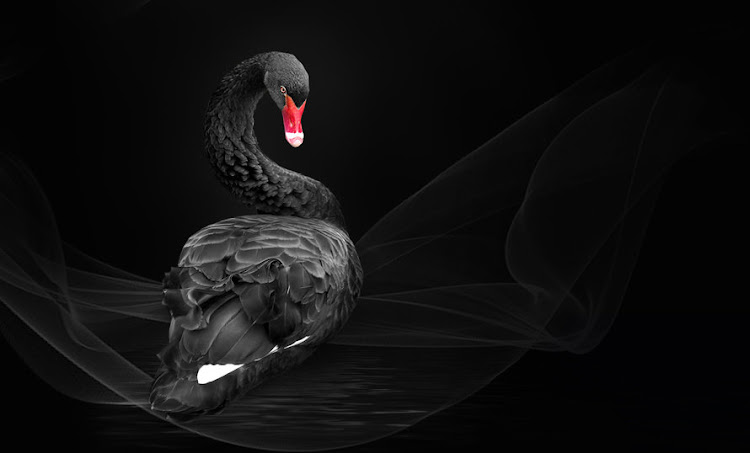 When I started doing marathons in the 1980s, I took out an annual subscription to SA Runner magazine.

Every month I would read it from cover to cover, dreaming about my next race in an exotic part of the country. The articles covered a range of topics such as training for that first ultra, how to improve your 10km time, a list of the best-organised events, and the importance of genes, sleep, nutrition, hydration, weights and altitude training.

It took me a few years to realise that the publishers roll out essentially the same stories on an annual basis, just changing the angle slightly (and using fresh pictures, of course).

It probably stands to reason: how much is there to say, really, about an activity which boils down to putting one foot in front of the other … for hours on end?

I promptly cancelled my subscription and have hardly ever bothered to pick up a running magazine since.

More than three decades later, the titles of the publications have changed but the stories haven’t.

What probably amuses me most is the much-hyped annual shoe review with all its flowery language, rivalling even the biggest wine snob when it comes to hyperbole and inane descriptions. Take this, for example, from a Runner’s World article last year, with reference to the Air Zoom Pegasus 37: "The Cushlon foam used in previous iterations has been replaced with React foam (which is lighter, more durable, and more responsive), and a new, extra-large forefoot Zoom Air unit delivers even more energy return at toe-off … both the men’s and women’s uppers now use an interior midfoot band for a more secure fit."

Investment publications are not unlike running magazines. Characters change over time, the plotlines less so

What does that even mean?

Speaking for myself, I’ve been running in consecutive iterations of the New Balance 860 shoe for more than two decades. In my experience, all that has really changed over the years is the trimming and colour schemes … and I certainly don’t need any shoe review to analyse that for me.

Investment publications are not unlike running magazines. The characters change over time, the plotlines less so. Twelve months ago, I wrote about the folly of forecasting; at the beginning of this year, my inbox was once again flooded by strategists sharing their best guesses about what lay in store for us over the course of 2022.

From this most recent collection, arguably my favourite is a piece titled "Seven Black Swans a Swimming: Tail Events That Could Shape Markets", published by Man Group, an investment management firm that looks after no less than $140bn in client assets.

When I see a headline like that, I just give up. If you do actually understand what a black swan is, you will also realise that any such event is totally unforecastable. Call them potential surprises if you like, but they’re simply not black swans if you can actually conceive of them. September 11 was a black swan. The fall of Lehman Brothers after a 160-year history was a black swan. The bursting of the tech bubble and the subprime crisis were not black swans, as any number of strategists had been warning us about them for some time.

Towards the end of 2021, I saw a tweet which highlighted the five-year total return numbers of a cross-section of JSE companies. The clear winners? Platinum, iron ore and gold. And the losers? Property, hospitals, retailers and financials.

Would I have guessed this outcome five years earlier? I don’t think so … would anyone?

Which is why I won’t bore you with any of my own forecasts either. And it also explains why you should take every strategist’s outlook with a huge pinch of salt.

But then you knew that, if you’re a regular reader of this column, as I also said so on these very same pages a year ago. And it is very possible that I will sing a similar mantra again in 12 months’ time (with some updated examples, perhaps).

This reminds me of Jason Zweig, who has been a financial columnist for The Wall Street Journal since 2008 (following stints at Money magazine and Time). He was once asked to describe what he did for a living, to which he responded: "Between 50 and 100 times a year, I say the exact same thing in such a way that neither my editors nor my readers will notice I’m repeating myself … I think there are only a handful of things that are true."

Amen to that. Which leads to the inevitable conclusion that you might as well ignore all pundits (including this one). Rather read a running magazine. Nice photos. Perhaps you’ll even be able to improve your 10km time.

Can a market-leading business such as this, in what will soon be the world’s largest economy, be worth zero?
Opinion
6 months ago

Covid is no joke, it’s not ‘just the flu’. I find it rather difficult to sympathise with most of the antivaccination arguments
Opinion
9 months ago
Next Article