A requiem for the Judicial Service Commission

In a fatally flawed process, the commissioners tasked with advising the president as he chooses a new chief justice instead ensured he could not appoint whomever he wants 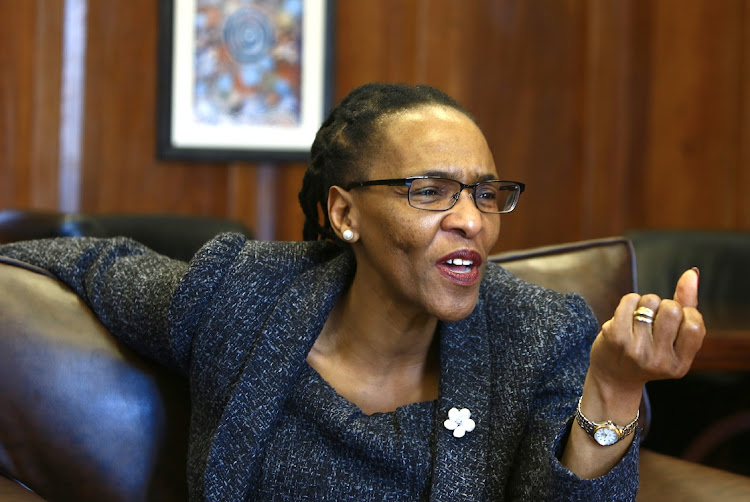 Almost all the commentary on the interviews for the next chief justice has been focused on the appalling conduct of several members of the Judicial Service Commission (JSC). The consensus, it would appear, is that the process was unfair and that this has tainted the JSC’s ultimate decision to “recommend” judge Mandisa Maya for appointment. The debate is becoming increasingly vitriolic.

As someone who was present at the interviews, it would be difficult for me to accept as fair a process in which Gauteng judge president Dunstan Mlambo was ambushed with unfounded allegations of sexual misconduct by a senior member of the legal profession, Dali Mpofu. He was aided in that effort  by Julius Malema, EFF leader and MP, and not shielded by the chairperson, judge Xola Petse, whose job it was to rein in errant commissioners.

Nor can one accept that the process was fair when Maya, despite her brilliant and thoughtful vision for the judiciary, was subjected to often sexist and insensitive questioning about her gender and little about her stellar work as a judge. A lament expressed by my own organisation, the Council for the Advancement of the SA Constitution, that the politicians on the JSC seem to use its interviews as a platform to air their grievances, relitigate settled matters and score political points, was proven true with each passing interview.

As expected, the climax – for want of a better term – was the screaming match between justice minister Ronald Lamola and Malema during which the former accused the latter of being a liar. This kind of conduct is unacceptable, of course, but it betrays a deeper problem, which is that the JSC does not understand its constitutional function and is thus unable to discharge it properly.

After the first interview on Tuesday February 1, the JSC seemed to be under the impression that the job it had been given was to decide who the next chief justice should be. I pointed out that this was not possible as a matter of law. When the JSC retired for deliberations on Saturday February 5, I knew that, beyond the obvious irregularities present throughout the week, there was a glaring and more obvious legal and constitutional failing on the part of the commission.

Confused about its role

Towards the end of Mlambo’s interview, Northern Cape judge president Pule Tlaletsi asked him what his views on the JSC process were. He specifically wanted to know whether the JSC’s “function, to put it bluntly, is to eliminate some of [the candidates] and to give [President Cyril Ramaphosa] one or two names”. Mlambo answered that the president should make the final call. Tlaletsi, trying once again to make the point to his fellow commissioners, sought to solicit a firm answer from Mlambo: “So your understanding is that the president has not delegated his power to this body, but [is] merely … consulting?” In response, Mlambo said that, in his view, the JSC had not been asked to recommend any candidate but to advise the president. “It is his decision to appoint,” he said. That brief exchange made some of the commissioners uncomfortable, most notably Petse, who said he didn’t think it was “appropriate to solicit the views of the candidate on how we should deal with this”.

Petse’s response concerned me, as did Malema and Mpofu’s backing of it, seemingly shutting down discussion of an important issue. As I saw it, the JSC had convened a sitting without a clear understanding of what it was the commissioners were called to do. As the deliberations went on for longer than expected on Saturday, I became convinced that the JSC had committed a serious blunder.

To understand this, we’ll have to turn to the constitutional text. The sitting of the JSC was convened under section 174(3) of the constitution, which requires that the president appoint the chief justice after consulting the JSC and the leaders of political parties represented in the National Assembly. The section vests the appointment power in the broadest of terms, with the president acting “as head of the national executive” and after consultation. It is a discretionary power that goes to the heart of his functions as the chief executive of the republic.

When Ramaphosa set up the shortlisting panel that received and vetted public nominations, he was exercising this broad power in setting out the process through its various stages. That decision may have had unintended consequences. The JSC, for instance, seems to have misunderstood its role in the process. In its media statement, the presidency explicitly stated that the shortlist of candidates had been forwarded to the JSC “for consideration”. An ordinary person would understand that to mean that the JSC would assess, weigh up or examine the candidates against some objective criteria and then report to the president.

Not for the JSC. It took on its shoulders the responsibility to “recommend” a candidate; in other words, to make a decision as to who will become the next chief justice. This is a power reserved for the president.

Many have sought to liken the JSC’s actions to its usual practice when it recommends judges for appointment to other superior courts such as the high court and the Supreme Court of Appeal (SCA). That, of course, is an inapt comparison. The constitution is clear – in section 174(6) – in this regard: the president appoints the judges of those courts “on the advice of” the JSC. He has no discretion and must appoint whoever the JSC recommends. Not so for appointing judges to the Constitutional Court, where the JSC is required to supply two more names than there are vacancies to give the president a choice.

So it is strange that the JSC now, for the first time, has decided to arrogate to itself the power to appoint the chief justice. First, because it lacks a legal foundation. The president is only required to consult the JSC, but, importantly, it is not empowered to make a decision. The constitution merely requires that its views be solicited. That is why, in at least four of the five previous chief justice appointments, the president forwarded one name to the JSC and it did not (and could not) have the power not to recommend the president’s chosen nominee.

The more concerning thing is that members of the JSC appear to not have been in agreement three days into the interview process. One would have imagined that it would seek a legal opinion on whether it had the power to make a recommendation or to exclude or, to use Tlaletsi’s words, “to eliminate” any of the candidates from the president’s consideration, and indeed his shortlist. The failure to settle, before convening a sitting, this elementary issue of law should concern us all. It says to us that the JSC doesn’t actually know what it is doing.

One wonders what would happen if Ramaphosa simply ignored the JSC’s “recommendation”. The refrain has been that he can ignore it, and should if he is so minded, but anyone familiar with this country’s constitutional law will tell you that it is an invitation for litigation. On the face of it, the JSC’s recommendation constitutes a decision that, if lawful, cannot be ignored without recourse to a court of law. Even if one doesn’t see it that way, the JSC certainly does. Once the president ignores it, even if he is entitled to do so, he opens himself up to legal challenges.

Of course, there are debates about whether the exercise of such discretionary powers are subject to review, but given that the high court previously found that cabinet appointments were themselves reviewable, it seems likely that exercise of the section 174(3) power is itself reviewable.

The JSC’s decision to “recommend” only one candidate is a political hot potato. Even if the president’s discretion is bandied about in order to minimise the significance of the JSC’s decision, his hands are virtually tied. The JSC has for a long time been used as a platform for partisan politics and this is just another instalment in that sorry saga.

It is no coincidence that Mlambo and deputy chief justice Raymond Zondo were treated in less than dignifying ways for reasons that render them politically unpalatable to some sections of the JSC. Nor is it a coincidence that the recommended candidate, Maya, is not as politically divisive and a black woman. Any pushback against the misuse of constitutional processes for partisan ends now looks like an attack on the first black woman chief justice nominee, and members of the commentariat have fallen for the trap. Instead of focusing on the JSC’s dysfunction, they are now defending themselves against accusations of sexism and racism.

It is clear that, the JSC’s recent actions are constitutionally suspect. It has ultimately usurped the appointment power by ensuring that the president’s hands are tied and that he is placed between a rock and a hard place – entitled to ignore the JSC at the risk of ruining himself politically at a time when the appointment of women to the highest levels of the judiciary is a hot-button issue.

Many people have accused those critical of the JSC of being partisan or bitter or whatever else. But in not speaking out, they themselves lend credence to an overtly partisan process that seemed calculated to discredit and embarrass certain candidates in the hopes of eliminating them from the appointment process. This is animated grievances stemming from political losses that have nothing to do with the work expected of the chief justice. We are all the poorer for it.

A travesty of justice?

After a gruelling week of interviews, the JSC has put forward Mandisa Maya as its preferred candidate as SA’s next chief justice. But a controversial ...
Features
6 months ago

JSC: When odious jesters take over the court

Clowns should be confined harmlessly to the circus, not given the power to recommend a chief justice
News & Fox
6 months ago

The process that got SA to the critical juncture of a woman becoming judicial chief has been an abomination, to put it politely
Opinion
6 months ago
Next Article

JABULANI SIKHAKHANE: Blindly acting on Zondo recommendations could have ...

Ronald Lamola rebukes ministers who ‘make a mockery’ of constitution

JABULANI SIKHAKHANE: Blindly acting on Zondo recommendations could have ...

Ronald Lamola rebukes ministers who ‘make a mockery’ of constitution