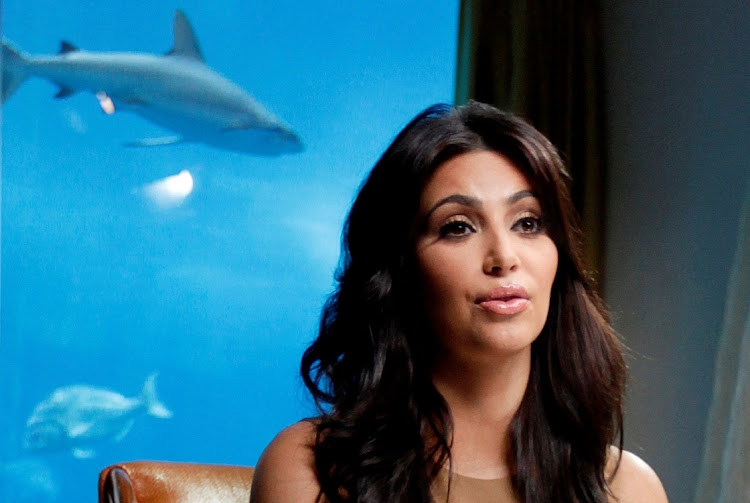 Your ex might be gadding about with a new squeeze but there’s nothing that says “No, really, I’m doing fine after the split” than your company being valued at a couple of billion dollars in the same week.

Kardashian’s company (which even produces Olympic kit for Team USA) is only three years old, but it has just nabbed $240m in a new financing round, and because of this wee cash-raiser, the reality TV star’s net worth has jumped $600m to an estimated $1.8bn.

Which, coincidentally, is also the exact amount that her soon-to-be former husband Ye (“Kanye West” for those still living in 2021) is valued at too. It really would be cute, mega-wealthy couple synchronicity, if their six-year marriage hadn’t recently exploded like a supernova.

From our perspective, of course, it’s a parallel universe of otherworldly sums. Here we are sweating about a petrol price hike, and whether to take out an overdraft to pay the rent-seeking City of Joburg, and this former celeb couple are rounding off their riches to the nearest billion.

Of course, Ye or West or whatever you call him has made his money from music, his extremely lucrative deal with adidas — which produces his cultish Yeezy trainers — and other fashion-related collabs. Plus he also owns a little bit of Skims, so that’s going to ensure his money pile keeps growing too.

West might divide people over his politics, and his support of misogynist rocker Marilyn Manson and homophobe rapper DaBaby, but he is self-made. As objectionable as he may be, you’ve got to credit the 44-year-old for building a covetable empire and brand.

In comparison, it’s tempting to malign Kardashian as someone who came from a life of privilege (her father was attorney to the stars Robert Kardashian) and who only found fame living her life on Keeping Up With The Kardashians.

And yet, her bank balance has boomed in the past few years — partly because of her own savvy business ventures, like Skims and her (now iced) cosmetic brand KKW Beauty.

Inherited wealth certainly gives you an immense advantage, but it doesn’t always beget more, so Kardashian and the rest of her hyper-entrepreneurial extended family should at least get props for that.

Leaving aside the glamorous celebrities at the apex of these companies, this is also a win for workers and shareholders at these businesses, not to mention the economies they function in. It’s a glossy example of development and prosperity.

In LVMH we trust

Taking the lustre of financial achievement up a notch is LVMH. The super-luxury group posted record results last week – revenue in 2021 came in at €64.2bn, shooting past its previous sales record, from 2019, before the pandemic hit.

Clearly, well-heeled shoppers have left Covid in their dust, and are scooping up all the Dior, Dom Pérignon and Louis Vuitton booty that their Amex Black Cards can handle.

LVMH rival Richemont, chaired by Johann Rupert, is also in the midst of an upswing right now — but it’s the 70-odd brands that constitute LVMH that are in an especially sexy space right now. Its current star is the recently reopened Samaritaine department store in Paris.

It’s an astounding story. LVMH bought the iconic shop in 2001 and spent $840m refurbishing the place over the next 16 years. Yes — sixteen years. In part, this is because it added the staggeringly chic Seine-adjacent Cheval Blanc hotel to the precinct, creating 3,000 new jobs.

As this excellent Vanity Fair piece on the project explains of Paris: “Two years out from hosting the 2024 Summer Olympics, the city’s awakening seems to be on hyper-drive.”

The LVMH Samaritaine complex is just one of a number of alluring large developments happening there.

It makes you want to swing by the Seine immediately – but my enthusiasm also extends to desiring a slice of Kim K’s undie action, and possibly something Yeezy too. I want an iota of their magic to rub off on me.

Accounts of fecund businesses and lush economic growth are a serious turn-on, especially for those of us mired in SA’s on-repeat story of an economy hauled to a standstill by a feckless ANC.

If only our endlessly underwhelming politicians had the will, chutzpah and know-how to provide an environment to get our own equivalents of Skims pumping. Whether they will ever awaken to what’s needed to revive our economy is anyone’s guess — but until then, I suppose, at least we’ll always have Paris.

*Buitendach is a contributing editor to the FM

We’ve all had a tough time in lockdown — but just when you thought 2021 was one for the books, some celebs have turned the strange up a notch​
Opinion
9 months ago
Next Article