A bout of corporate action suggests a more stable outlook for property stocks, which should help lure investors back 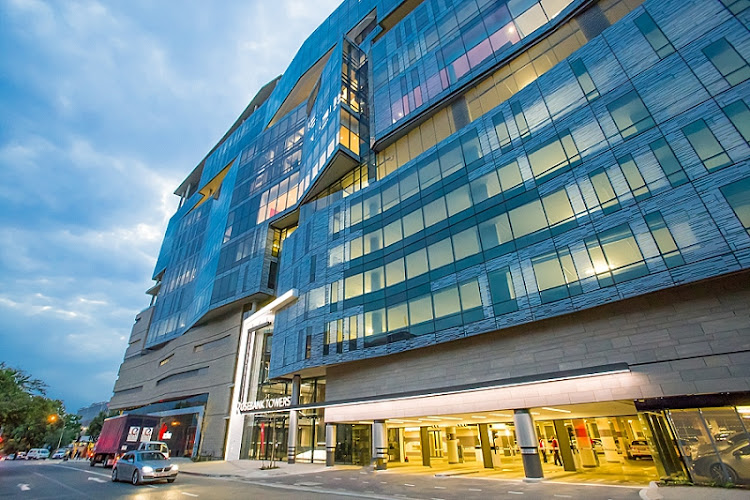 Battered, bruised and barely breathing. This would have been a fairly apt description of the state of the listed property market a year ago. At the time, the SA listed property index (Sapy) was 50% down from pre-Covid levels and there was no end in sight to the number of counters that were either suspending or slashing dividends.

But 12 months later the sector seems to have emerged in better-than-expected shape. Not only is the Sapy up 30%, but there’s also been an interesting flurry of merger & acquisition (M&A) and new listing activity in recent weeks.

In fact, the concerns of the past 18 months around overstretched balance sheets, worryingly high gearing levels and constrained cash flows have dissipated to such an extent that a number of stocks are now preparing to pounce on growth opportunities. On Thursday, mall owner Vukile Property Fund announced plans to spend R1.2bn on bulking up its exposure to Spain’s retail property market. Castellana Properties, in which Vukile owns an 88% stake, has acquired a 21.7% stake in fellow Spanish listed real estate investment trust (Reit) Lar España Real Estate, in a deal worth €100m. Vukile’s portfolio is already split roughly 50/50 between Spain and SA.

Vukile CEO Laurence Rapp says the deal won’t push up gearing levels as Vukile’s portion of the acquisition (€75m) will be funded through a short-term bridging loan that it intends to repay before end-March with the proceeds from selling its stake in JSE-listed Fairvest and the disposal of various local assets.

However, the key attraction of the deal is the price. Lar España is trading at a hefty 48% discount to NAV, so the deal was clearly opportunistic. Rapp points out: “We’ve watched Lar España closely for a number of years, so we know its assets and have great respect for the management team. The deal ticks all the financial metrics and is tremendously accretive. We think there is phenomenal rerating potential for Lar España’s share price.”

It will be interesting to see if investors share Rapp’s enthusiasm over the coming weeks once the details of the deal have been pored over. Vukile’s share price is already up nearly 70% over the past year, but the stock is still trading about 40% below its pre-Covid highs.

Vukile is not the only property stock whose rebound could be further buoyed by corporate action.

This week Redefine Properties announced that shareholders have given it the green light to take over and delist Polish mall owner EPP, in which it already has a 45.4% stake. The share swap deal will add nearly R20bn of assets to Redefine’s balance sheet.

Then there’s Fairvest – whose SA-based portfolio of community centres caters mainly to low- and mid-income shoppers – which is set to merge with Arrowhead and offers rerating potential.

Besides M&A activity, investors now also have more choice. Last year, two new property stocks made their JSE debut. Rand hedge counter Deutsche Konsum Reit-AG, a Germany-based convenience centre owner, listed in March, and Afine Investments joined the bourse’s AltX in December. Next month, hospitality-focused aReit Prop, which owns three Cape Town-based properties – Cresta Grande Hotel and Fountains Hotel in the city centre and the Lady Hamilton medical facility in Gardens – intends to list its portfolio on the main board of the JSE. There’s also the likelihood of existing Reits potentially spinning out a portion of their portfolios to create smaller, specialist funds over the next 12 months.

Talking about the creation of new niche property funds, sector heavyweight Growthpoint Properties this week officially launched an unlisted student housing Reit in partnership with developer Feenstra. The fund already owns about 5,000 student beds in Pretoria and Joburg worth R2bn. The plan is to grow the portfolio to about R10bn-R12bn within the next five to seven years.

Incidentally, Growthpoint is singled out as Anchor Capital’s top SA-based property stock pick for 2022 in its latest quarterly strategy and asset allocation report, “The Navigator”. Chief investment officers Peter Armitage and Nolan Wapenaar reckon Growthpoint could outperform this year on the back of an international tourist rebound at Cape Town’s V&A Waterfront, the jewel in Growthpoint’s real estate crown (co-owned with the Public Investment Corp).

Anchor Capital expects an 11% total return for the sector as a whole this year. The report says: “We are moderately positive for another good year from JSE-listed property shares in 2022, as earnings levels and dividends become more predictable after the uncertainty brought about by the pandemic. The sector should pay out dividends of 7.2%, in aggregate, and sustain a two-year growth rate of 5%-10% as conditions normalise further.”

Property is bucking the delistings trend, but that may have more to do with tax benefits than a sector rebound
Money & Investing
4 months ago

JOAN MULLER: Time for divvy chasers to climb back into Reits?

The JSE’s property groups are likely to continue clawing back multiyear losses in 2022, but it’s not a blanket bet
Money & Investing
4 months ago
Next Article

Dipula deal no sure thing

Dipula deal no sure thing