Is Lindiwe Sisulu a ‘chip off the old block’, as she’d like us to think? It doesn’t seem so 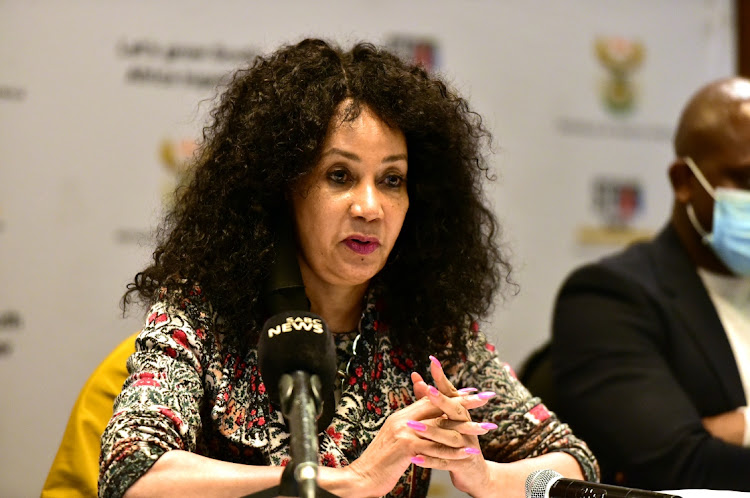 The world, for the most part, is organised on dynastic principles. Part of the rationale of capitalism is that wealth, and all that comes with it, cascades down the generations. Our laws sweep aside impediments to that succession. If your parents are rich, you’re highly unlikely to end up poor.

But in politics it is more complex. In democracies, the scions of the great men and women are not usually guaranteed the mantle of power, though India was a notable exception in the days of Congress Party rule. They insisted, as they still do, that someone from the Gandhi-Nehru dynasty take the helm as leader.

Even without that kind of built-in largesse, the realities of wealth and access to power are often enough to ease the way upwards. So, for example, George W Bush followed George HW Bush as US president after an eight-year interregnum. When that happens we like to dip into our stock of clichés – “the apple never falls far from the tree”, “he’s a chip off the old block” or simply “it’s in her blood”.

There lies the problem. “Blood” (by which we really mean genetics) plays only a secondary role in how we turn out.

Which brings us to tourism minister Lindiwe Sisulu, who seems to believe that the scion families such as the Mandelas and Mbekis have had their chance and it is now time for the Sisulus to lead the government. And by “Sisulus”, she isn’t thinking of her older brother Max. She has only one Sisulu in mind – herself.

Sisulu was elected as an MP in SA’s first democratic parliament in 1994 and served as a deputy minister (of housing) in Nelson Mandela’s government before joining the cabinet (as defence minister) under Thabo Mbeki. She has been in the cabinet and on the ANC’s national executive committee ever since.

She’s been in the news recently following a controversial op-ed in which she attacked the country’s constitution, and cast aspersions on black judges, referring to them as “mentally colonised” and “house negroes”. The article provoked outrage, but she responded by firing more broadsides at her critics.

Her actions have been interpreted as the start of a campaign for leadership of the ANC, and the country.

For someone with political ambition, like Sisulu, it makes sense to remind others of her name and in this way to absorb some of the stardust that settled on her parents.

Her father, Walter Sisulu, was Mandela’s No 2 on Robben Island, and his deputy president in the ANC from 1991 until his death in 1994. Her mother, Albertina Sisulu, was one of the leaders of the ANC-allied United Democratic Front, which co-ordinated internal opposition to the apartheid government in the 1980s.

But really, there’s no good reason why the qualities of greatness earned the hard way by her much-admired parents should settle on a daughter raised in very different circumstances. She was a child when her father was arrested in 1962 and later jailed for sabotage against the apartheid regime, spending 27 years in jail.

The fate of the children of other dynastic ANC families doesn’t offer great hope.

Only one of Nelson Mandela’s six children was active politically – the youngest, Zindziswa (Zindzi). She was still a toddler when her father was jailed. She was appointed as ambassador to Denmark in 2014, but her radical political views – which reflected those of her mother, Winnie Madikizela-Mandela – and her undiplomatic ways got her into hot water. She died of Covid in 2020 at the age of 59.

Govan Mbeki was known on Robben Island, where black anti-apartheid activists were jailed, as a communist intellectual inclined to go his own way. While in jail he refused to speak to Mandela for more than three years on ideological grounds. And when he was released in 1987 he continued to plough his own path in the Eastern Cape.

His eldest son, Thabo, was very different both ideologically and personally. In exile he was considered suave, urbane and charming. Back home, however, a different dimension emerged – thin-skinned, easily threatened and paranoid.

As president, this once sure-footed politician kept miscalculating, most spectacularly in his Aids denialism. It was also under Mbeki’s watch that a massive fraud-laced arms deal was concluded, though there’s no proof that he personally benefited from it.

As an aside, it’s worth noting that while Mbeki rose to the pinnacle of SA politics, Duduzane Zuma, the son of the man who unseated him, has never made it beyond the shallows. He was a loyal beneficiary of Jacob Zuma’s state capture relationship with the Gupta family and backed the rioters after his father was jailed, calling on them to loot “responsibly”.

He’s achieved nothing in his own right, showing none of his father’s charm, persuasiveness and political nous.

So we return to Sisulu and her desire to rise to the very top. Is she in any way a “chip off the old block” as she’d like us to assume?

Walter Sisulu was renowned for his tenacity and for his gifts as a political thinker and strategist. He was also adored for his warmth, wisdom, modesty and lack of personal ambition, qualities also ascribed to Albertina.

The 67-year-old Lindiwe has served in the cabinet in several jobs since 2004, under Mbeki, Zuma and Cyril Ramaphosa, so she’s clearly tenacious. But wisdom, modesty, altruism?

She has associated herself with those accused of seeking state capture and has appointed men of dubious standing to support her, including, as her legal adviser, Paul Ngobeni (disbarred from practising law in the US) and Menzi Simelane (found unfit to be appointed to head the National Prosecuting Authority, his integrity questioned by Constitutional Court justice Zak Yacoob).

Her most recent campaigning grenade came in her cynical attack on the rule of law, the country’s negotiated settlement and constitution and the “upper echelons” of the judiciary – all achievements to which her parents devoted their lives.

So it would seem that most of the qualities behind Walter and Albertina’s political standing have bypassed Lindiwe.

Which brings us back to the question of whether a famous surname is an aid to political ambition. In some cases undoubtedly so. But do they automatically provide a leg up to greatness or even worthiness?

It would seem not.

*Evans is a lecturer in the culture & media department, Birkbeck, University of London

This article first appeared in The Conversation Africa.

The storm she has manufactured glosses over all kinds of truths, lies and nuances
Opinion
4 months ago

The ANC is living in a make-believe world of uncertainty, ineffectuality and unaccountability, in which it’s both a hapless victim of circumstance ...
Opinion
4 months ago

In taking pot shots at the constitution, it’s clear which faction the minister is aligning herself with
Opinion
4 months ago
Next Article