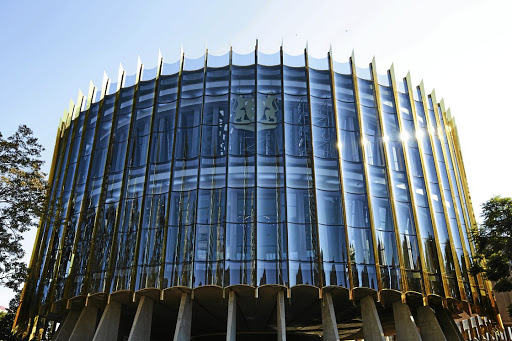 Bottled water is a basic human right. That, at least, is what the esteemed public representatives in Joburg’s council chambers seem to believe.

At 10am on Tuesday, proceedings to vote in the heads of the council’s portfolio committees and the chair-of-chair – the second attempt at the vote – ground to a halt as desiccated politicians complained bitterly that no-one had provided the bottled water that keeps them in the manner to which they have become accustomed.

Amid the shouts of consternation (why was this not taken to caucus?!), a chorus of the parched: “Water is life.”

Why, oh why, was council speaker Vasco da Gama holding them hostage? Why deprive them of easy access to drinking water? And the clanger: councillors deserve the same rights as residents of the city they serve.

Now, Joburg has a population of almost 2-million households by Stats SA’s estimate, so I’m guessing our noble pols weren’t referring to the 678,904 families whose primary source of drinking water is a tap in their outside yard. Or the 126,023 households who collect water from a communal tap that’s up to 200m from their homes.

Incidentally, a tap within 200m is the city’s basic performance target for water provision. For sanitation, it’s access to the misleadingly named VIP (ventilation-improved pit latrine), a waterborne toilet or ablution block. On that count, the backlog in late 2020 was such that about 100,000 households would “continue to share chemical toilets at a ratio of one toilet to seven households”, according to informal settlements initiative Asikivelane.

You can bet your bottom dollar they’re not getting bottled water at work.

But let’s not get sidetracked by the city’s hapless residents; our councillors certainly didn’t.

If I may allay your concern for the public servants’ daily hydration targets: water points had apparently been set up ​outside the council doors.

But the reason the councillors had to trek these few metres for a drink was that water bottles had apparently been wielded as weapons last Thursday, when a disagreement about voting procedure saw the first attempt to elect the committee heads descend into chaos. The offending receptacles had been removed from the chamber, so as not to risk a repeat performance.

In broad strokes, last week the DA and its coalition partners were prepared to proceed with a vote by show of hands (the way it’s usually done); the ANC, EFF and a handful of minority parties wanted a secret ballot because they thought this would swing the vote in favour of their candidates. When they didn’t get their way, “singing and pushing” ensued with such vigour that mayor Mpho Phalatse has since laid charges of assault.

Considered over the whole week, though, “watergate” may not even be the most farcical thing to have come out of the council. For a start, there was the ANC councillor who, amid the chaos, positioned himself in the empty speaker’s chair to announce a mock election by secret ballot.

There was the EFF – those members, at least, who weren’t shaking down restaurateurs in Midrand – roundly decrying the speaker it had voted into power just two months ago.

There was the Patriotic Alliance – itself on a xenophobic high after relieving foreign spaza shop owners of their wares – switching partners and hopping into the sack with the DA in Joburg. Strange bedfellows and all that.

Then, in an astounding display of wilful ignorance, there was ANC chief whip Eunice Mgcina swearing blind to Newzroom Afrika’s Cathy Mohlahlana that no violence had taken place – while scenes of the fracas played out intermittently on the TV screen.

Mgcina clearly shares a view of violence with ANC caucus leader and mayoral also-ran Mpho Moerane. While she’s adamant that “no-one was beaten there”, he told Stephen Grootes on SAfm he “didn’t see blood on the floor”. Sure, there was “singing and pushing” – but the “pushing [was] during the singing period”.

Moerane and Mgcina together constitute probably the most concerning aspect of this unseemly saga – primarily because they don’t see that their councillors have done anything wrong.

Mgcina believes the ANC’s overblown reaction to being told “no” was entirely justified. Moerane, for his part, is incapable of grappling with the broader question, put to him by Grootes, about whether a secret ballot best serves the interests of democracy, given that the public should have a right to know how its representatives vote on its behalf. (It’s worth returning to Steven Friedman’s take on this, as flagged by Grootes in Daily Maverick, where he argues: “Democracy is shredded every time public representatives are allowed to vote on anything in secret.”)

Moerane is also completely unabashed about the naked politicking of it all. It’s not about there being a broader moral position around secret or open ballots; the spine will bend this way and that, as long as the party gets what it wants.

It’s a fundamental misunderstanding of political mathematics. The ANC’s heinous record of service is such that it proved incapable of mustering an outright majority in the local government elections. Likewise, it’s treated with such contempt by its peers that it cannot cobble together a working majority through a coalition. And so it doesn’t call the shots. It’s called being in opposition, sweetie, look it up.

If Moerane’s world view is indicative of sentiment in the party more broadly, SA can expect a dark day when the ANC loses outright power.

*De Villiers is the editor of the FM’s Features section

For the sake of this economically critical city, it's time these servants of the people grow up
Opinion
3 months ago