ESG funds have become mainstream; if you begin to question the strategy, you will be seen not only as contrarian but also as a heretic 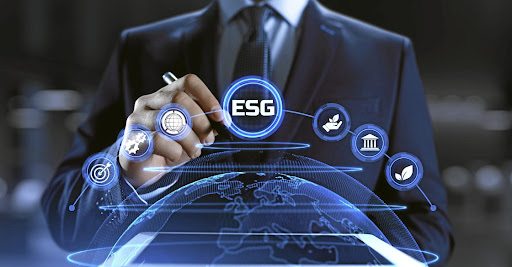 One thing we can all agree on is that each of us should do our bit to save the planet. If you’ve ever had the privilege of holding a newborn and experiencing that sudden injection of overwhelming love which only a first-time parent would ever really understand, you will appreciate why people want to leave behind a better world for their kids than the one we’ve created through exploitation of resources and pollution of the environment, all in the name of progress, economic growth and the pursuit of wealth.

Just in the past year or two, we have seen a record-breaking Atlantic hurricane season, an ever-increasing number of earthquakes and countless flash floods around the world. Harrowing scenes from enduring wildfires in New South Wales at the beginning of 2020 are still fresh in our memories. Thousands of people are losing their lives in climate-related disasters.

So, please do your bit to slow down global warming. Don’t litter and try to pollute less. Separate your glass bottles from your plastic waste and recycle where you can.

While you’re at it, spare a penny for the poor, if at all possible.

And do obey all the rules if you really want to be seen as a good global citizen. Or, in financial parlance: be mindful of all matters of an environmental, social and governance (ESG) nature.

Many investors would say that you should also invest accordingly. In the past few years, ESG funds have become mainstream; if you even begin to question the strategy, you will be seen not only as a contrarian but probably also as a heretic.

Take BlackRock, the largest asset management company in the world, for example: in January 2020, it announced a number of sweeping changes in an effort to position itself as a leader in sustainable investing.

At the time, company chair Larry Fink warned CEOs that an intensifying climate crisis would bring about a "fundamental reshaping of finance", with a significant reallocation of capital set to take place "sooner than most anticipate." Fink then hopped on a plane, flew halfway around the world to Davos and preached to captains of industry (most of whom also arrived by private plane) on the topic.

Having pivoted so fundamentally and publicly towards ESG, you can only imagine how disconcerted BlackRock must have been when its previous chief investment officer (CIO) for sustainable investing, Tariq Fancy, resigned from that role and wrote a long-form article in three parts and published it on the Medium platform under the heading "The Secret Diary of a ‘Sustainable Investor’" in August last year. Note the inverted commas: they provide the first hint of the author’s cynicism about the field he left behind.

In total, the piece runs to approximately 23,000 words — that’s about a quarter of the length of the typical novel, so it will take most people a good few hours to get through it.

Thankfully, however, Robert Armstrong, the US finance editor for the Financial Times, recently provided a helpful summary of Fancy’s article and reduced it to nine key criticisms of the ESG investing industry which the two of them agreed on.

Arguably the main point is this, as articulated by Armstrong: "The core mechanism of ESG investing is divestment, but when an investor sells a security in the secondary market, another buys. All the ESG selling may drive down the price at which the buyers buy, giving them an opportunity for juicy returns as the price recovers."

Put differently: ESG-compliant companies are thus likely to underperform their "sinful" counterparts over time. This links neatly with the logic espoused by Cliff Asness, the co-founder and CIO at AQR Capital Management, in a 2017 note published under the heading "Virtue Is its Own Reward: Or, One Man’s Ceiling Is Another Man’s Floor".

Asness explains it as follows: "Accepting a lower expected return is not just an unfortunate ancillary consequence to ESG investing, it’s precisely the point (though its necessity may indeed be unfortunate). As an ESG investor this lower expected return is exactly what you want to happen and really the only way you can effect the change you seek."

None of this should be interpreted as making light of ESG; it’s simply to point out that you should understand your reasons for engaging with the field, and maximising investment performance as such should not necessarily be top of your list when you do so.

I recently came across a quote which said the economy is a wholly owned subsidiary of nature, not the other way round. I couldn’t agree more.

But just bear in mind that, if you invest accordingly, it is likely to come at a price.

ESG investing, including in infrastructure, is not as scalable as traditional asset management
Opinion
9 months ago

While the privileged few in developed countries pat themselves on the back about emissions, lower-income homes in emerging markets are staring down ...
Opinion
10 months ago

The emphasis on environmental, social and governance issues has led to an explosion of reporting — but little clarity
Opinion
1 year ago

An explosion of ESG- and sustainability-related developments around the world has been matched by the growth of ‘greenwashing’, as companies seek to ...
Features
1 year ago
Next Article