ROB ROSE: All of a sudden, the labs can afford to slash Covid test prices by 41%

Given how much money South Africans have paid these labs in recent months, many wonder why it took the Competition Commission so long to act 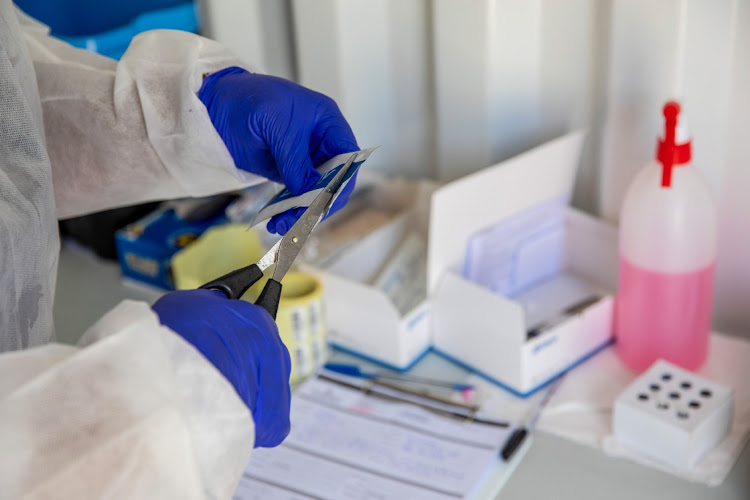 A week ago, SA’s private laboratories hotly denied “price gouging” when it came to Covid tests.

Now, however, under pressure from the Competition Commission, two of these labs — Ampath and Lancet — have managed to slash their fee for PCR tests to under R500 overnight. It’s a remarkable concession, since it means that anyone who gets tested today will pay 41% less than the R850 many South Africans would have paid for that test just a few days ago.

On Sunday, competition commissioner Tembinkosi Bonakele revealed that the two labs had reached an “agreement” with the commission to cut their fee to “under R500” immediately, and keep it at that level or below for the next two years. The third large private laboratory, Pathcare, has yet to reach any such agreement, and its fee for a Covid test remains R750.

Bonakele tells the FM that in recent months, those private laboratories had been able to chalk up “super-profits” for Covid testing.

“We’re comfortable that by cutting the cost to R500, it ensures the labs won’t make the super-profits that we began to see at some point,” he says.

Not that the laboratories agreed to this without a fight. In boardroom negotiations with the commission, one of them argued that if they were forced to slash their costs to R500, they’d end up making a loss on their Covid tests, and lobbied for a higher amount.

But Bonakele says the labs’ own figures suggested otherwise. “We got their costs, and we worked on them to take out stuff that shouldn’t have been there — instances of double-counting and cost-padding — and we arrived at a conclusion that they could charge about R500 and still make a decent margin,” he says.

He won’t say exactly what a “decent margin” is, as this would entail disclosing the financial details of the laboratories. But it would seem reasonable to conclude that the commission’s calculation was that it was costing these labs close to R400 to process Covid tests.

In the “consent agreement” ratified by the Competition Tribunal on Sunday, Lancet and Ampath were careful to say their decision to slash their testing fee should not be seen as an admission that they charged an excessive price.

But despite what the lawyers may say, that remains the obvious inference: in the 20 months since Covid hit SA, it is estimated that the private laboratories have chalked up revenues of more than R8bn before costs.

Both Ampath and Lancet told the FM yesterday that it was difficult to say what it cost them, on average, per test.

Asked how it was that Ampath could suddenly slash its Covid test fee by more than 40% overnight, spokesperson Samantha Swanepoel says there is “great uncertainty about sustainably maintaining a price decrease”.

This, she says, is because “the costs and certainty of supply of necessary inputs remain concerning”.

The companies that supply Ampath are themselves subject to fluctuations in the price of raw materials and shipping, she says. “At R500, we will be absorbing these fluctuations.”

Lancet spokesperson Sandile Sihlaba says that in some cases, where doctors need the test result quicker, for example, the cost of doing the test can exceed R1,000.

Asked how it had arrived at the R850 fee, Sihlaba says: “It was difficult to predict volumes of tests that will be done and the number of waves that we will face. This itself creates challenges in regards to procuring reagents and the capital outlay associated with the test.”

So how can Lancet then afford to drop the price to R500 overnight?

Sihlaba says it helps that the cost of reagents used in the tests has dropped a lot recently. “We are also investigating and actively introducing more efficiencies in regards to performing the test,” he says.

Interestingly, Lancet said it fully agrees with the decision to cut its price to R500 per test, since “we are sensitive to the plight of the public and agree that reducing the … price is in [the] national interest [and will assist] in mitigating the economic and social impact of the … crisis”.

Some might find that hard to stomach, however, considering it took the threat of a Competition Commission probe for Lancet to reach this epiphany.

As part of this deal, both laboratories will have to submit “compliance reports” every three months to the commission, setting out any material changes in costs.

There is one easy solution to cutting the cost of PCR tests that hasn’t been tried: zero-rating the VAT that is charged on every test.

Last week, Pathcare CEO John Douglass told the FM that this would be an easy victory, since R111 on an R850 test goes to the government in tax. Were the government truly serious about cutting the cost, it could implement this VAT freeze immediately.

The ethics of Covid pricing

Given how much money South Africans — and medical aids — have paid to these laboratories in recent months, many wonder why it took the commission so long to act.

Asked about this, Bonakele says the cost dynamics changed over the course of the pandemic, as the volume of tests increased and the price of imported test kits dropped.

“At one point, R850 was an acceptable price. And remember, right at the beginning of the pandemic, these PCR tests cost R1,400 each. But as the costs came down, at some point these guys needed to adjust the price downwards — and they didn’t do that,” he says.

Well, a cynic might ask, why would they? As private companies, they’re mandated to make a profit for shareholders, after all.

Bonakele says that in several of his meetings with companies during Covid — including with those that overcharged for protective personal equipment (PPE) — he asked them if they really want to be seen to be profiting from the pandemic.

“People gave different answers to that. The issue is, if you could take advantage of this exceptional time in history, would you? I guess it comes down to personal ethics,” he says.

It doesn’t help, of course, that, there’s hardly been exemplary ethical leadership from the government. If your own minister of health is helping his family members benefit from a shady R150m communications contract for Covid, while government officials are gorging on PPE tenders, that’s hardly any sort of ethical lodestar for the private sector to follow.

Cost of rapid Covid-19 test next in Competition Commission crosshairs

Much has been learnt about the latest coronavirus variant, but a lot remains to be discovered
News
1 month ago

The three main pathology labs have made a killing from Covid tests. So why has it taken the Competition Commission until now to investigate?
Opinion
1 month ago