JOAN MULLER: Time for divvy chasers to climb back into Reits? 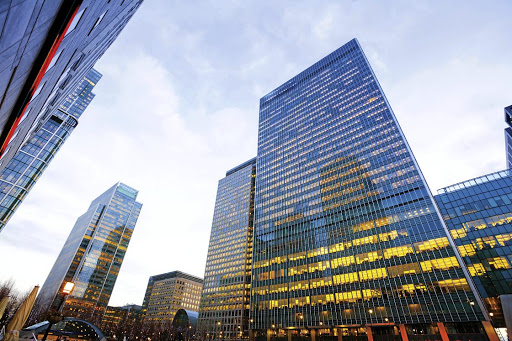 Expecting that property stocks’ reputation as the go-to investment for income chasers will be restored overnight is probably wishful thinking. It’s more likely that retirees and other income-dependent investors who turned to the real estate investment trust (Reit) sector in search of a predictable and growing dividend stream will still be licking their wounds for some time to come.

The extent of the losses suffered in the wake of the pandemic has, after all, been colossal. Most listed property investors were hit by a double whammy over the past 18 months: dividends were slashed or suspended, plus share prices slumped to 15-year lows with billions wiped off the value of the JSE’s 50-odd real estate stocks last year.

The retail property sector was initially hard hit by lockdown trading restrictions and then further curtailed by the July riots in KwaZulu-Natal and Gauteng. More recently, it’s the office sector that has become the big worry, with rising vacancies and falling rentals eating increasingly into commercial landlords’ profits. And no one seems sure when or if corporate employees will fully return to their desks, given that remote working – at least for part of the week – is likely to become a permanent fixture for many.

However, the good news is that it seems the sector is now emerging from the Covid storm in better-than-expected shape. It turns out that apocalyptic predictions were overdone: tenants haven’t defaulted in excessively large numbers; vacancies haven’t shot through the roof; property values haven’t plunged to multiyear lows; and banks haven’t called in loans.

More encouragingly, balance sheets and cash flows have, by and large, been stabilised. Most of the Reits that have released results in recent weeks have already reported a noticeable rebound in earnings, which has enabled most to resume dividends – though payouts are still generally below pre-Covid levels in absolute terms.

One likely explanation for the sector bouncing back faster than widely expected is that landlords came to the rescue quite quickly last year in a bid to help keep shop, restaurant, office and factory doors open during the hard lockdowns. According to a report released last week by the SA Reit Association (SAREIT), the umbrella body that represents the JSE’s 27 SA-based Reits, in the 15 months to June the sector provided a whopping R3.5bn in rental relief to prevent widespread business failures. It’s noteworthy that 80% of the assistance was in the form of rental discounts – only 20% were deferrals – which means landlords will only be able to recoup a small chunk of the R3.5bn.

The sector’s improved prospects have already lured investors back. The SA listed property index touched a new 21-month high last week and is up nearly 60% since its October 2020 lows. The index is, nevertheless, still trading about 50% below its pre-Covid levels, with forward dividend yields at an average 8%-10%. So there’s still plenty of time for investors to share in the rebound.

However, share price movements are likely to remain choppy in the short term. The sector’s volatility is clearly underscored by the wide discrepancy in the total return performance between individual property counters year to date. The difference between the best- and worst-performing SA Reits for the 10 months to end-October is a hefty 197% – Dipula Income Fund B delivered a total return of 179% while Fortress Reit B is down 18%.

That’s according to SAREIT’s latest monthly chart book, which provides a comprehensive picture of how the various SA Reits (excluding rand hedge counters) stack up over the short and longer term. Other top performers year to date are Texton (+145%), Accelerate (+95%), Arrowhead B (+72%) and Vukile (+67%). Fortress B is the only counter that delivered a negative total return. The other poor performers year to date are Fortress A (+2.7%), Indluplace (+3.6%), and Stor-Age (+7.2%).

It has to be said, though, that Stor-Age’s performance comes off an already high 2020 base. The specialist self-storage company happens to be the JSE’s second-best-performing SA-based Reit over three and five years to end-October, with a total annualised return of 13.1% and 15.2% respectively. Stor-Age was pipped by Arrowhead A with a total return of 23.7% and 18.9% over three and five years, while logistics play Equites and mall owner Fairvest came in at a close third and fourth.

The winners over a longer 10-year period are Fairvest, Resilient Reit and Fortress A with total annualised returns of 15%, 13% and 9% respectively. The three stocks at the bottom of the 10-year ranking are Rebosis B (-24.4%), Redefine (1.6%), and Fortress B (1.6%). Of course, investors who bet on the JSE’s offshore property counters also earned decent returns over the past year – the most notable are German business park owner Sirius Real Estate and Eastern European-focused MAS Real Estate and Nepi Rockcastle.

Hint: they are few and far between, thanks to a gut-wrenching rise in office vacancies and a sharp drop in mall rents
Money & Investing
7 months ago

Redefine: a phoenix on the rise

Redefine has stormed back with a lush dividend, but not everyone is enamoured of its tilt at Polish group EPP
Money & Investing
6 months ago

JOAN MULLER: Why it’s better to rent than buy a home now — despite rate cuts

JOAN MULLER: Will Black Friday be a muted or monumental affair?

JOAN MULLER: Why it’s better to rent than buy a home now — despite rate cuts

JOAN MULLER: Will Black Friday be a muted or monumental affair?