Can a market-leading business such as this, in what will soon be the world’s largest economy, be worth zero? 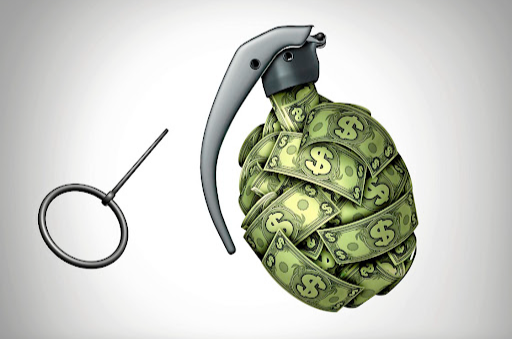 If you’re one of the 3.1-million people following Jeff Bezos on Twitter, you may have seen him post a front cover of Barron’s magazine from May 1999 recently.

Under the headline "Amazon.Bomb", it called the idea that Bezos had pioneered a new business paradigm "silly". It went on to say that the Amazon founder was just another middleman and that the stock market was beginning to catch on to that, with the real winners of the internet bound to be firms that sold their own products directly to consumers.

I’m old enough to remember that this was a widely held view at the time. In 2000, for example, I attended an investment course at Princeton University where Prof Robert Shiller was one of the presenters; it was the same year that Shiller published his book Irrational Exuberance.

The good professor asked the class how many of us bought books via Amazon — practically the whole class raised their hands (I happened to be the exception, as I was still living in Cape Town and the SA Post Office was already a somewhat challenged organisation). Shiller then proceeded to ask how many of us owned Amazon shares – not a single hand went up. We were a bunch of serious investors after all: why would any of us exhibit the irrational exuberance of owning an overhyped internet stock at a sky-high multiple? It was the opposite of the Peter Lynch principle, in terms of which one should always be happy to own a piece of a business where you love using the product.

When Barron’s published that Amazon feature in 1999, the company’s share price was about $60. Upon my arrival in Princeton 14 months later, it had already halved, but was still considered overvalued by much of the market (including my course buddies and me, clearly). Share price action was driving the narrative, as it usually does.

By the end of the following year, all the cynicism seemed to have been justified: Amazon’s share price was down more than 90% from the Barron’s high. Fast-forward 20 years and I probably don’t need to remind anyone what Amazon has done since that dot-com crash low (but I will do so anyway): in round numbers, the price has gone up more than 500 times.

As Morgan Housel, author of The Psychology of Money, said in response to the "Amazon.Bomb" tweet by Bezos: two years after that article had been published, it looked like one of the best investment calls; today it looks like one of the worst … So much of investing is "what’s your time horizon and how much volatility can you stomach?"

Against this background, let me share a few thoughts on Alibaba, the "Amazon of China". Just over a year ago, I was invited to participate in a webinar which focused on global technology companies. Each panellist was asked to pick a favourite; I chose Alibaba.

With hindsight, my timing couldn’t have been worse. A week later, Ant Group (in which Alibaba has a 33% shareholding) had to cancel its IPO and the company’s executives were summoned to meet Chinese regulators. Alibaba’s co-founder and former executive chairman Jack Ma disappeared from the face of the earth for months — was he off to Squid Game as a participant?

Chinese authorities started clamping down with a series of ever-stricter regulations. The Alibaba share price lost more than 50% in the 12 months that followed (though it has bounced off the bottom recently).

Once again, share price action has been driving the narrative. People much smarter than me describe China as uninvestable; some say that the appropriate p:e ratio for Chinese tech titans may be zero. And Merryn Somerset Webb wrote in a recent Financial Times column: when China’s government refers to prosperity for all, the definition of "all" doesn’t include you or me.

Personally, I take a somewhat more sanguine view. Almost all of Alibaba’s value comprises three significant businesses. Online commerce represents about 85% of revenue and more than 100% of operating profit. Cloud accounts for less than 10% of revenue, is growing fast, and is likely to be very profitable in the next few years.

And then there’s Ant, which Alibaba accounts for as an associate.

Can a market-leading business such as this, with a fast growth trajectory in what will soon be the world’s largest economy, really be worth zero? It seems unlikely to me. As has been the case with Amazon, the patience of those holding onto Alibaba stock may yet be rewarded handsomely … or am I just being irrationally exuberant? I suggest we talk again in 20 years’ time.

It's always the same: when the rand drops like a stone, most South Africans with cash fall over themselves to get money offshore
Opinion
1 year ago

Show me someone who says that they managed to forecast the 2020 playbook accurately, and I’ll show you a liar
Opinion
1 year ago
Next Article