The Paterson Park multipurpose centre offers a real shot at sorely needed inclusive community development in Joburg. Instead, it’s been standing empty for a year 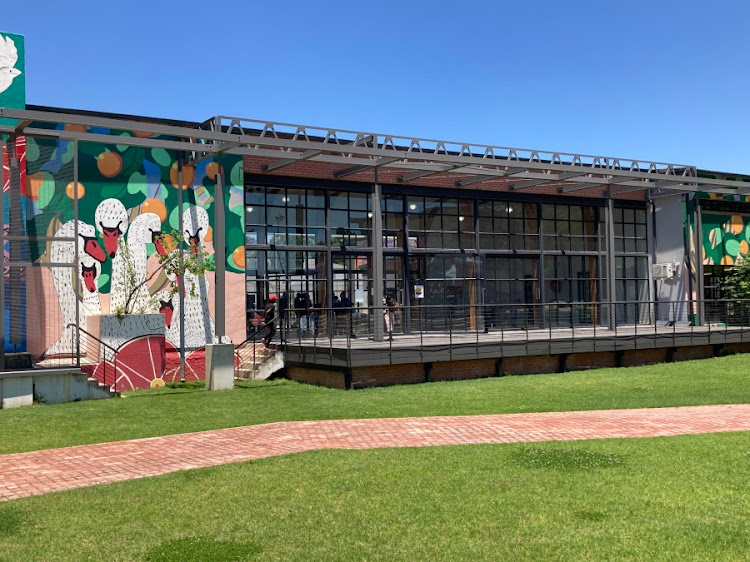 Tuesday October 12 was a busy day in Norwood. In a fit of pre-election magnanimity, Joburg mayor Mpho Moerane and a phalanx of similarly public-minded officials descended on the suburb to officially open the Paterson Park multipurpose centre. Pictures taken at the event show speeches, plaque unveilings, ribbon cuttings – all the trappings associated with such auspicious an event. And a computer room in the swanky new library, kitted out with laptops, ready for action.

The centre really is something to behold. In a country where a glorified bit of scaffolding passes for a R15m stadium, this is the Rolls-Royce of community centres. A soccer field with pavilion; two five-a-side football pitches; two tennis courts, a basketball court and a multicourt (with grandstand); an “Olympic-style” swimming pool (with pavilion) and splash pool; an indoor basketball court and full gym; amphitheatre; crafts centre. Not to mention the library, complete with computer room.

The grounds are immaculate. The pools are sparkling. Lush banks of grass separate six beautifully designed buildings. Murals and laser-cut metal artworks are dotted throughout.

This is the kind of community centre everyone wants in their suburb. And given disparate levels of wealth in the surrounding areas – Houghton and Norwood on one side, for example; Orange Grove on the other – it offers hope for real, inclusive community building.

This, really, is what I want my taxpayer’s money to be spent on – not blue-light brigades for VIPs. But this is SA, where appearances can be devilishly deceiving. 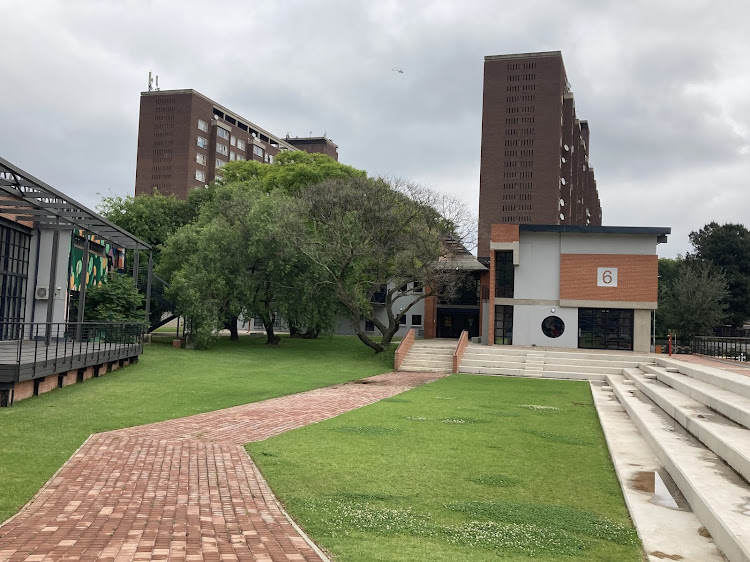 Friday marked exactly a month since Moerane’s ribbon-cutting razzmatazz. But anyone visiting the centre now is greeted with a funereal atmosphere. The swimming pools are closed. As is the gym. There’s no action at the crafts centre. The five-a-side fields and courts stand woefully empty. Only on the football pitch is there any evidence of sporadic activity – the odd weekend game (when the centre’s gates aren’t locked to the public).

Not that you can call to complain: the state-of-the-art centre hasn’t got a single phone yet, even though it was completed more than a year ago. And the online request-for-information form simply disappears into the ether, as there’s no internet hook-up either.

In fact, the library seems to be the only operational corner of the entire property. Sort of. Without Wi-Fi, it’s got much less allure, so it’s pretty empty.

Oh, and remember the pictures of the kitted-out computer room taken during the grand opening? Well, it seems those laptops were just pricey props. One month on, the computer room stands dark, its desks bare. The library, I’m told, is still waiting to take delivery of computers. 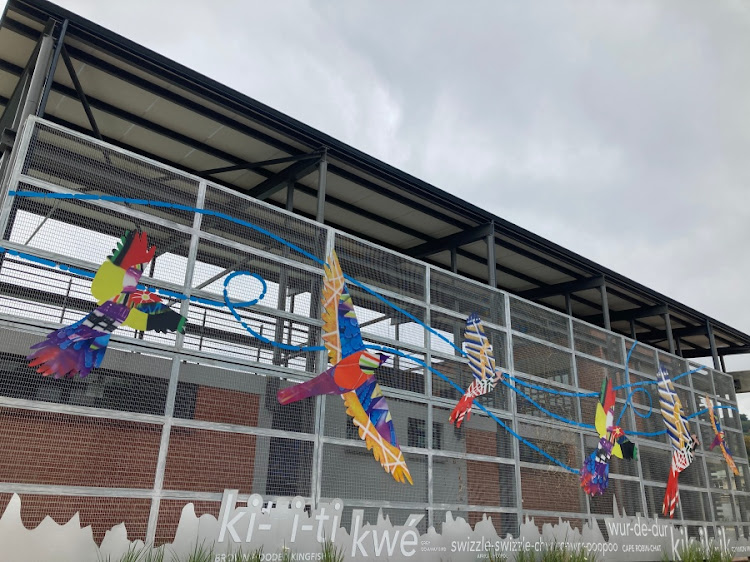 Locked out: The Paterson Park swimming pool, pictured from the outside. Picture: Shirley de Villiers

Rams Sekati is the sports & recreation manager for Joburg Region E, currently based at Paterson Park. He tells me the issue is a problem of staff – that is, there aren’t any. Our indefatigable city officials have, it seems, opened a state-of-the-art facility without employing a single person to work there. And so, without lifeguards, for example, the swimming pool remains shuttered.

As it is, Sekati says he’s poaching people from elsewhere on an ad hoc basis for upkeep – using workers from the expanded public works programme for cleaning, or getting grounds staff from the department’s Alexandra property to cut the grass. And he tries, he says, to redirect lifeguards from the pool in Alex. But the “structure” – the plan of who will work at the centre, and the responsibilities they will take on – has yet to be approved. Without budget, it’s a struggle.

Wandering around the deserted property, you’d swear the centre was opened prematurely. Only, the City of Joburg website notes that the project was actually completed in September 2020 already. And even that was substantially behind schedule: the project was originally due for completion in November 2018, according to the local knock-and-drop.

It speaks to ineptitude of monumental proportions that an entire municipal government can’t get it together in 14 months to budget for – and hire – staff for a centre that has been on the cards for literally years. And then cynically “open” it, complete with apparently fake props, in what looks to me like nothing more than an election gimmick.

I could, of course, be wrong; there may be a reasonable explanation for all this. But if that’s the case, the city isn’t saying. In fact, it’s shown all the responsiveness of a recalcitrant sloth.

E-mails to outgoing community development MMC Margaret Arnolds have gone unanswered; e-mails and text messages to city spokesperson Nthatisi Modingoane have disappeared into a similar communications black hole; and the city’s department of community development, after asking for questions to be sent on e-mail, has simply not responded.

It’s been almost two weeks since my first queries were sent.

Even local ward councillor Eleanor Huggett seems powerless to get any answers. She has, it seems, been given a dud name and number for her own inquiries. When I contacted her, she copied Arnolds into her reply to me, nudging the MMC to answer the questions.

So, we don’t know whether Paterson Park is standing idle because of a lack of human resources brought on by sheer incompetence, or some kind of turf war. Did someone simply forget to budget for it? Or has that funding been directed elsewhere?

It’s a complete mystery why a fully functional centre should stand empty for more than a year.

Courtesy of the city’s sullen silence, we also don’t know when staff will be appointed. Or why the centre was “opened” on October 12 at all, given its evident inability to actually serve the local community at present.

Perhaps most importantly, we don’t even know what this actually cost us. The City of Joburg website tells us the “Johannesburg Development Agency [JDA] started work in May 2015 with a total budget of R120m”. But the city’s annual reports from 2017 to 2020 show the total budgeted capex for “Paterson Park – stormwater & new social facilities, park and road upgrading” comes in at R246m – roughly double the original figure. That’s excluding another R78m from the JDA in 2016, bringing the budgeted total to R324m.

Is the discrepancy because substantially more had to be spent than initially envisaged on the notoriously problematic storm-water drains? Did the road upgrade cost more than expected? It could be anything, really. We just don’t know.

Against the backdrop of the R15m scaffolding masquerading as a stadium in the Eastern Cape’s Enoch Mgijima municipality, R25m spent on an arts centre in KwaZulu-Natal that’s spent 10 years in construction limbo, and an unused R112m stadium in Parys – complete with a R3.3m commemorative statue – the Paterson Park centre looks positively brilliant. But until such time as it actually becomes operational, it simply looks like yet another eye-wateringly expensive, taxpayer-funded white elephant.

Before we get lost in some pipe dream of ‘smart’ post offices for Cyril’s ‘smart’ cities, let’s just get the mail delivered on time
Opinion
3 months ago

In many ways this is a storm in a cabbage patch. But it speaks to broader issues of land use and whether our bylaws are fit for purpose in changing ...
Opinion
4 months ago
Next Article

Heineken may sell Strongbow in SA to get Distell deal ...

Adapt IT to steer ship after takeover, says Volaris