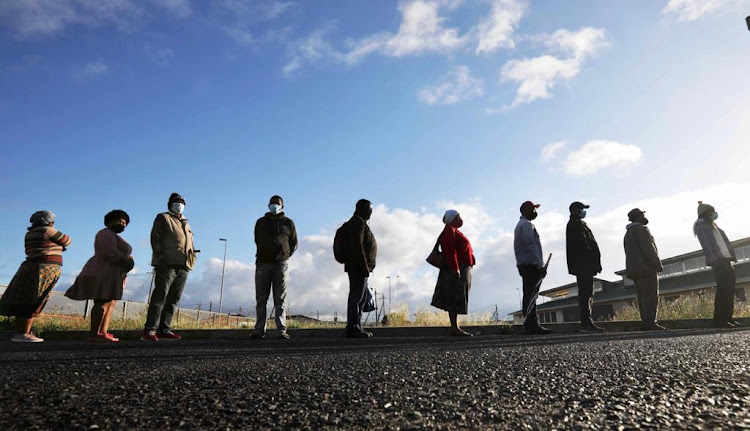 The picture is still hazy, but it’s already clear that the November 1 local government election has been a widespread rout for the ANC. For the first time since 1994, the governing party looks set to post below 50% of the population. Early projections by the CSIR suggest the ANC is likely to get about 46.8% of the vote overall.

This is sharply down from the 57.5% it got in the last national elections, and the 54.5% of the 2016 local government elections, when the albatross of the constitutional delinquent Jacob Zuma still hung around the party’s neck.

The usual caveats apply, though — these are early projections that could still change. But anything under 50% represents a watershed for Luthuli House and the party’s president Cyril Ramaphosa.

Expect the usual plaintive responses afterwards: pledges of “introspection” and a thousand excuses. Either way, it’s a turning point for the liberation party. Before the elections, some pundits suggested as much.

One Ipsos poll said the ANC’s support could fall below 50% for the first time. “A wide variety of explanations were given: some people indicated that they will not vote in the local government elections, while others expressed distrust of politicians and political parties.

“Some respondents were of the opinion that voting won’t change anything, and others just refused to answer the question,” Ipsos said.

But there’s no need to look very far: the ANC has governed the country’s municipalities as if it were a drunken uncle left in charge of toddlers.

It raided the kitchen cupboards, broke the furniture and finally passed out on the couch, leaving the country unattended. This incontrovertible evidence even poisoned the incentive of its diehard supporters, it seems.

As election analyst Wayne Sussman has pointed out, the ANC’s numbers in their Ekurhuleni strongholds “are awful — [there’s] major trouble brewing for the ANC there”.

And in some parts of Nelson Mandela Bay — specifically Missionvale, Bethelsdorp, according to Sussman — the DA has already flipped wards to itself.

It is also true that the DA has lost some support — the CSIR expects it to get about 23.6% of the vote — but this is actually an improvement on its 21.9% showing in the 2019 national election, even if it’s sharply below the 27% it got under Mmusi Maimane in 2016. Of course, the DA should have been able to capitalise on a weak ANC to a greater extent, but its inability to widen its appeal in the metros is Herman Mashaba’s gain.

Nonetheless, it seems likely to retain Cape Town (though with lower levels of support). With the economy playing a major role in influencing voters’ decisions, it is notable that the pie-in-the-sky fiscal fantasies of Julius Malema’s EFF have failed to capture the public imagination.

The CSIR estimates the EFF may get 10% of the overall vote — down from the 11.4% of 2019. For a populist party to see support fall, amid a record unemployment rate of 44.4% (at the widest definition, including discouraged jobseekers), suggests Malema’s party also didn’t capitalise on the ANC’s manifest failure.

While it is true that many South Africans are members or supporters of the ANC, DA or EFF, the bad state of local municipalities has dampened the ...
Opinion
8 months ago