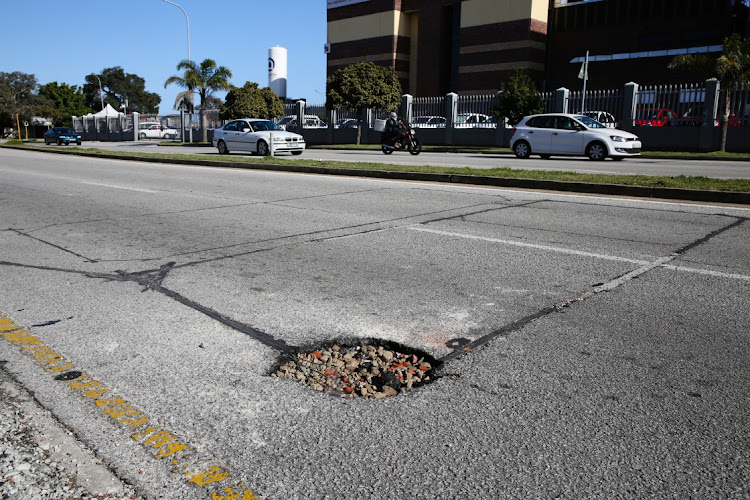 It was a critical warning about the state of municipalities from SA’s largest property company, on the eve of the local government elections. And it suggests that the predilection of SA’s deadbeat municipal officials for simply hiking rates to pay their own salaries is sending the country into a death spiral.

Writing in the company’s annual report, chair Francois Marais said Growthpoint — which owns properties worth R152bn — was particularly worried about the “excessive increases in municipal rates and taxes over the past few years, combined with the deterioration of municipal service delivery”.

This is no alarmist scaremongering. Four months ago, the City of Joburg (which contributes 16% to SA’s GDP) imposed a 14.6% hike in electricity prices and a 6.8% hike in water prices.

And don’t fool yourself into thinking this was for services: the city needed to do this to finance its 17.6% salary bill increase, which rose to R14.8bn and included (don’t laugh now) R660m in bonuses. While it buys water and power in bulk, it then slaps on its own mark-ups.

As Marais put it: “The impact of these increases has reached the stage where it poses a threat to the future profitability of our SA business.”

It’s a vicious cycle. The companies that rent buildings will struggle to pay their own bills, and will either reduce the space they rent, or cut staff — who then can’t afford to pay their own municipal bills.

It needn’t be this way either. The reality is, most municipalities have no clue how to manage money. This is clear from the admission by deputy minister of co-operative governance & traditional affairs Thembisile Simelane-Nkadimeng that just 38% of municipal councillors are competent to do their job.

But rather than fire them, extractive municipalities simply leech more money from their captive customers to hire others — often consultants — to do the same job. The upshot: soaring rates.

Growthpoint should know: it rents space to some of SA’s largest companies, including Discovery (its swish Sandton head office is valued at R2.4bn), Anglo American, MTN, Absa, Shoprite and Nestlé. And it also owns half of the V&A Waterfront, which clocked up a R550m loss for the year to June.

However, in the past two years, amid lockdowns and crumbling service delivery, Growthpoint has written down the value of its SA business by R12.5bn.

Now, you might say: well, it’s Covid — globally, property owners have struggled to turn a profit. And the work from home trend has been universally brutal for companies that rent out office space. This is why Growthpoint provided “rental discounts” of R475m to its customers last year.

Except for the fact that Growthpoint has properties in Australia, the UK and Europe, and four other African countries — and SA’s prospects would appear to be the worst of the lot.

This sentiment was clearly evident in what Growthpoint CEO Norbert Sasse had to say in the annual report, as he bemoaned “the general state of the no-growth SA economy”.

What’s needed to change the picture, he says, is real economic growth — but there’s little evidence of this from our failing municipalities, more than half of which are in “financial distress”, former finance minister Tito Mboweni pointed out a few months ago.

As a result, said Sasse, Growthpoint sees greater returns by investing overseas. “While investment into Australia is expensive relative to SA, it is a growth market receiving more international interest than ever before,” he said.

And while Growthpoint’s business in Eastern Europe was hit by harder lockdowns, “these had less impact than those in the SA market because the economies of Poland and Romania are still growing and they were thus ready to recover faster”.

This is evident in the numbers too. While the SA business made a loss of R1.8bn for the year to June, the Central and Eastern Europe business made a R187m profit, and the Australian business made an altogether more impressive R5.7bn profit.

These metrics, unfortunately for SA’s dithering politicians, matter for companies, which are ultimately judged by their investors on how they allocate capital. The politicians and municipal officials should pay attention when the country’s largest property company puts out a warning like this.

And for individual South Africans, beaten down by exactly the same sort of unaffordable and unjustifiable rate hikes that Growthpoint alluded to, it should spur them to head to the polls on Monday, to vote out their inept councillors.

Unfortunately, our municipalities have about as much enthusiasm for clawing back money as Jacob Zuma has respect for the Constitutional Court
Opinion
11 months ago

As municipal services deteriorate and load-shedding becomes routine, consumers are forced to pay more for less. Some are fighting back
News & Fox
1 year ago

Cities like Joburg are buying bulk services, then slapping on vast ‘mark-ups’, to pay for soaring salaries and unjustified bonuses for municipal staff
Opinion
1 year ago
Next Article

What cash crunch in the metros says about SA

What cash crunch in the metros says about SA