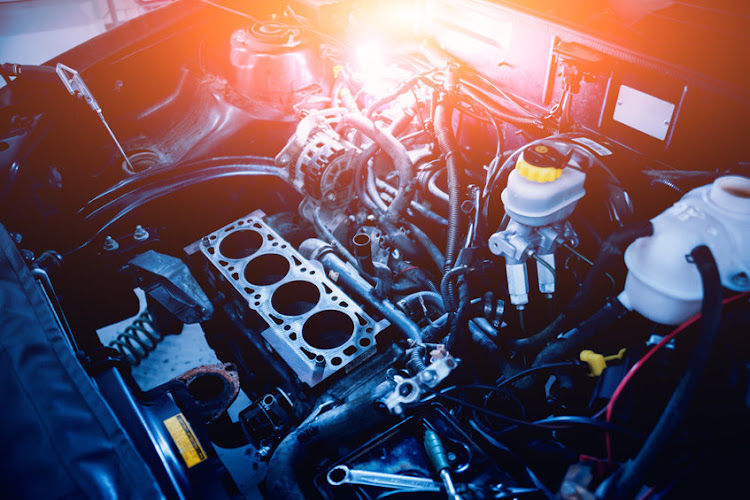 Here’s a free tip for anyone planning to invest in the automotive components business: stay away from the internal combustion engine (ICE). You might also want to think twice about putting money into onboard information and entertainment (infotainment) systems, air conditioners and fuel systems.

It’s no secret that the era of petrol- and diesel-driven ICEs is under threat. Many countries plan to ban them in the next few years, in pursuit of a cleaner environment. Several leading motor companies have announced timetables to stop building ICE vehicles.

The future, they say, is electric – with perhaps a hint of hydrogen power down the line. Of course, the good old ICE won’t disappear immediately. Many developing countries currently have neither the infrastructure nor the will for battery-powered change. ICE trucks, in particular, will be with us for years to come.

In its latest global supplier risk report, The Future of the Automotive Value Chain, Deloitte says the period of the Covid pandemic has seen a strong buyer shift towards electric vehicles (EVs) in an otherwise shrinking market. Though it’s not clear exactly how the recovery will play out, this shift has clear consequences for components sectors.

Those with the lowest overall investment risk are electric drivetrains (primarily the motor and power-transfer system), and advanced-driver assistance systems, which alert drivers to danger and help with driving and parking. High-voltage battery and fuel cells are also considered a good bet, So are wheels and tyres, which will remain in demand whatever the engine.

The highest risks are to exhaust systems and ICE engines, threatened with eventual obsolescence. Fuel systems, feeding petrol and diesel into the engine, are at risk for the same reason, while car interiors and climate-control systems are considered poor prospects for market reasons.

Vehicle transmissions and bodies are considered no-go areas for entrepreneurs, while problems for infotainment system manufacturers include limited volume growth and attractiveness for mergers or acquisitions. Despite this, the report says the sector has a high level of spending on research and development.

None of these is straightforward. Consolidation is happening, as growing numbers of suppliers seek to provide motor companies with complete systems rather than individual components. However, the shortage of semiconductor microchips has cut projected 2021 vehicle production by over 7-million units, And there is a dearth of skilled IT and electro-technical specialists,

The report says the industry trend towards digitalisation, automation and electric power has increased demand for raw materials such as cobalt and rare earth whose availability “hinges on the political stability of countries of origin in addition to human rights and environmental issues”. In other words, supplies can’t be taken for granted.

Neither, for that matter, can anything else. Many predictions about the future of the motor industry and mobility in general, have proved horribly wrong, says Deloitte. “Once-bold statements on mass-market autonomous driving have become noticeably reserved, due to delays caused by technical and legal challenges, as well as high costs. The same holds true for the car-sharing space, where building a sustainable business model does not appear to be as easy as originally thought.”

In many cases, the impact of Covid has simply accentuated and accelerated existing trends. Before, markets were already reflecting the limited growth potential of old technology and engine systems. Since last year, “companies focused on ICE-related technologies … have seen the slowest increase in market capitalisation”.

This doesn’t mean they will go down without a fight. In the past two years, says Deloitte, there have been 913 new patents for internal combustion engines. That’s the third highest for any automotive sector, miles ahead of bottom-placed axles  (71) but also of new-technology systems like steering (192), infotainment (465), electric drivetrains (470), batteries and fuel cells (539) and climate control (523).

However, the table shows clearly where the future lies. There were 1,957 patents for driver-assist systems and sensors, and 2,208 for electronics.