There’s talk that the energy crisis in the UK may not be fixed until next year. Load-shedding over Christmas, anyone? 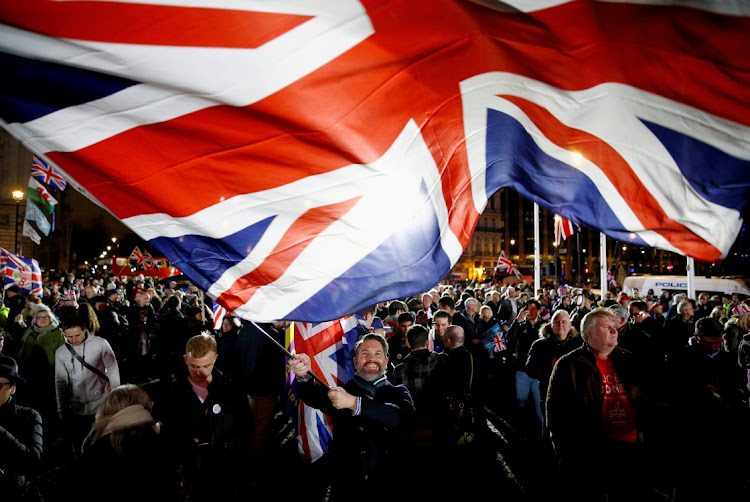 In early 2019, I was invited by one of SA’s leading financial institutions to share a platform and address audiences around the country. Those were the days of seamless travel, handshakes all round and rooms filled to capacity — everything taken for granted, of course. But I digress.

Mine was the second slot on the agenda, immediately after a pre-eminent political commentator had shared some disconcerting thoughts about the state of the SA nation.

On each occasion, I started my presentation by stating that, having listened to the previous speaker and being resident in London, I missed the political stability, credible leaders and strong currency of my motherland. Some of the attendees chuckled, but I was only half-joking.

Those who followed the politics of Brexit closely may recall that this was the time when the UK was in constant negotiations with the EU, not only about the details of an eventual agreement and all the related complications such as the Northern Ireland Protocol (which the UK itself wants to renegotiate as we speak, now that it has woken up to what it actually means), but also about the leave date itself (remember Article 50)? Eventually this political turmoil led to the demise of embattled Theresa May as prime minister, followed by the coronation of a bumbling Alexander Boris de Pfeffel Johnson soon after. Talk about the frying pan and the fire …

Fast-forward 2½ years, and some of the worst fears articulated by Remainers are starting to turn into reality.

Against this background, economist Mike Schüssler asked the following question on Twitter at the beginning of October: "How is Boris Mugabe’s England doing?"

To which I responded: "Lekker here, thanks. We don’t have petrol to fill up the car in which we would travel to that supermarket with the empty shelves. It’s also not a problem that the pubs can’t find any staff, as they’ve run out of beer to serve anyway. And we have the English weather to enjoy."

If I were a lorry driver from Slovenia, I would probably also prefer to drive from Ljubljana to Lodz rather than London or Liverpool

Once again, I was only half-joking. The Sainsbury’s on our high street still has stocks of food and taps at the local have yet to run dry. But both petrol stations on my morning run in North London have effectively been closed for weeks now, and there’s talk that the energy crisis may not be fixed until next year. Load-shedding over Christmas, anyone?

There is, of course, a critical shortage of heavy goods vehicle drivers in the UK, now that those from Eastern Europe have returned to the continent and most of them cannot be bothered to deal with the additional red tape involved in crossing the English Channel following Brexit.

In the wake of this, the UK government fast-tracked the approval of 5,000 special visas for non-UK drivers of fuel tankers recently, but only 27 applications were received; Downing Street was reportedly "infuriated" by this.

One wonders what the UK government actually expected, given that immigration has been the main crutch used by Brexiteers in their arguments and policy decisions for years. It was the former chair and CEO of Citicorp, Walter Wriston, who said decades ago that capital goes where it is welcome and stays where it is well treated. This clearly applies to all forms of capital, including the human version. If I were a lorry driver from Slovenia, I’d probably also prefer to drive from Ljubljana to Lodz rather than taking the long road to London or Liverpool.

The politicians will, of course, remind one that Covid also had something to do with this problem. And they would be right: supply chain issues have been experienced in other parts of the world as well.

But nowhere has it been as acute as we’ve seen on the British forecourts over the past month. The winter of our discontent may just have started.

Which brings me to a remark from another Twitter friend, following my tongue-in-cheek response to Schüssler’s question: she said that it never sounds like I’m actually happy to be living in the UK.

I wrote back saying that I’m delighted to be here — however, it does help to have a sense of humour. The one thing which I confess to moaning about repeatedly, though, is Brexit — in my view, probably the biggest own goal a nation has ever scored in the history of the world.

I think the situation will probably get worse before it gets better. One can only hope those sunlit uplands promised by Boris and his Brexit buddies will in fact arrive one day.

Thankfully, we do at least have the lovely English weather to enjoy in the meantime.

Logic and recent history says a compromise will eventually emerge from the drama — if there is a real will to find practical solutions, there are ...
Opinion
9 months ago

The latest Brexit meme pokes fun at the UK’s inept immigration policy. But what can it say about SA’s?
Opinion
10 months ago
Next Article