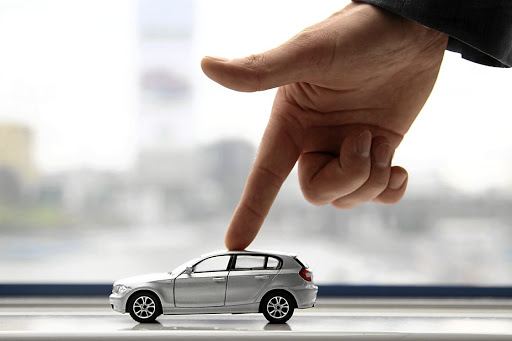 Are South Africans ready to ditch car ownership in favour of pay-as-you-go mobility? The international trend towards the latter has been slow to take hold in SA. But things are changing, as young people show more interest in convenience than possession.

Motor companies have been trying for decades to nudge SA motorists into vehicle leasing or rental, through which they pay a monthly fee to use a vehicle that remains the property of the bank or leasing company. When the lease or rental ends after two or three years, there’s no messy sale or trade-in. You simply hand in the keys and drive off in another car.

South Africans, though, love possession. With the exception of car thieves, using someone else’s vehicle goes against their nature. However, there are signs the attitude is softening. Steffen Knapp, head of the Volkswagen (VW) passenger vehicle brand in SA, says that in the black middle-class particularly, young people don’t want to be tied down to the same product for years on end.

In an era when their parents are financing vehicles over seven or eight years to reduce monthly costs, they want to move with the times. Moreover, says Knapp, young people “don’t want a big debt burden”.

Cyril Zhungu, Standard Bank’s head of automotive retail finance, says change in SA will be “an evolution, not a revolution”. He says: “People will want to change vehicles more frequently but first we have to dislodge this SA ownership psyche.”

There’s that word “mobility” again. It’s the principle that multiple transportation products and services should be responsive to the needs of individual consumers. It’s not about having a car in the garage but about access to what is convenient. Europcar, for example, could allow VW to offer ride-hailing services like those of Uber.

Ruzane says his experience as a former Uber executive has convinced him the market is ready for change. He’s not convinced motor companies and banks have tried hard enough to encourage leasing and rentals.

“There’s never been a real commitment to leasing,” he says. “It’s always been cash or finance, but now there is a meaningful movement to mobility that can no longer be constrained. The transition is accelerating.”

Subscription is a variation on the theme. FlexClub is one of several companies offering this service. There’s no down payment, just a monthly subscription fee covering insurance, maintenance and many of the other peripheral costs of motoring.

You can choose any car you like, subject to availability. If you then decide you don’t like it, you can change it. In principle, there’s nothing to stop you driving a different car every month.

Subscription is not cheap. Some people may not want to pay the same as if they were buying the vehicle, but that’s the price of convenience.

Ruzane says: “Subscriptions offer complete control over monthly expenses, with the ability to reduce or stop the expense at will. The assets of a consumer are never at risk.”

Despite the shift of motor companies into the broader mobility environment, Ruzane says it’s not straightforward. One of the biggest challenges is digitalisation. “The ability to develop a simpler digital car shopping experience using the current dealership distribution model is constrained by the inherent complexity and disjointed nature of the typical car-buying transaction.

“Seldom will a consumer deal with a single company when buying, financing, insuring and maintaining the car — making the prospect of designing a cohesive, digital shopping experience impossible given diverging company objectives.”

In any case, technology in itself is not enough. Successful change requires a corporate willingness to rethink the entire culture and operating model.

He says: “No taxi company in the world has successfully created a ride-sharing service as pervasive as Uber just by attempting to build an app with similar features. The world of mobility is littered with hundreds of defunct ride-sharing ventures that failed to recognise the importance of building the accompanying tech-enabled operational model needed to underpin the app experience.”

The motor industry, he says, must accelerate its support of mobility services. “The ‘don’t fix it if it’s not broken’ approach shared by [some] leaders in this group would resonate in the former boardrooms of companies like Blockbuster, which continue to serve as powerful cautionary tales.”​

The locally made Ranger is built primarily for export, to over 100 markets around the world
Opinion
7 months ago

Even with no Eskom, UK faces electric-vehicle power challenges
Opinion
9 months ago
Next Article