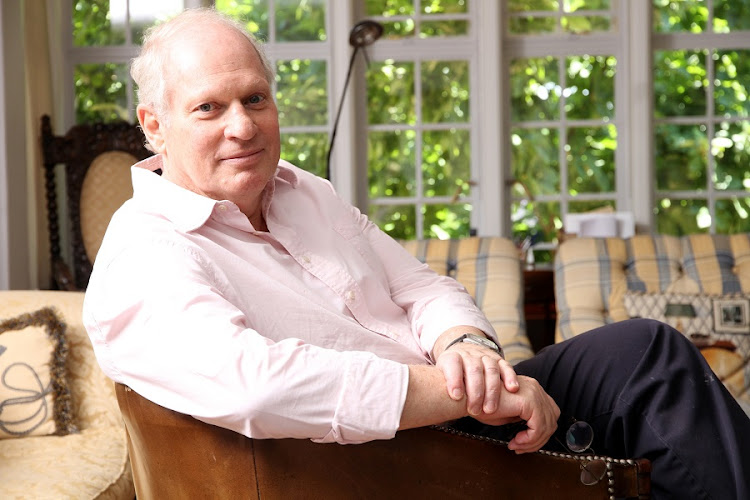 When Allan Greenblo was handed a Lifetime Achievement Award at the Sanlam Awards for Excellence in Financial Journalism two years ago, he was a little surprised — and notably touched — by the accolade.

He shouldn’t have been: few business journalists in SA have deserved it as much.

Perhaps it was because he’d been nominated by his peers, many of whom had been mentored by Allan for years, that he felt touched so deeply. Often, he’d send e-mails about articles of theirs he liked, or tip-offs on stories he reckoned they’d be keen to chase.

It was a measure of the man: generous to his last breath, supremely well read, empathetic and blessed with a head for both business and business journalism. This last point may seem axiomatic, but it is actually remarkable to straddle both competencies so effortlessly, and so successfully.

But Allan, as usual, had defied the easy typecasting. A member of the University of Cape Town students’ representative council who’d brought Bobby Kennedy to SA in the 1960s, Allan started at the FM in 1967, where he worked under founding editor George Palmer and eventually became its finance editor.

In 1978, however, he was part of a group of FM rebels who walked out to launch the opposition Finance Week, a publication he edited from 1982 to 1995. After losing a battle for control of the magazine later, he became the MD of BDFM, the company that owned Business Day and the FM.

But despite his deft touch for the business, he remained at heart a skilled crusading financial journalist — one of the best of a golden generation.

Testament to this is the fact that the Sanlam Life Achievement Award came 26 years after he’d first scooped the overall Sanlam Financial Journalist of the Year Award in 1993. It told the world what those close to him already appreciated: this was a man who knew how to craft a story, and he knew how to make a business of it.

This is why, over the past 16 years, he’s been able to turn the small magazine he started, Today’s Trustee, into such a thriving, and unexpected, success. 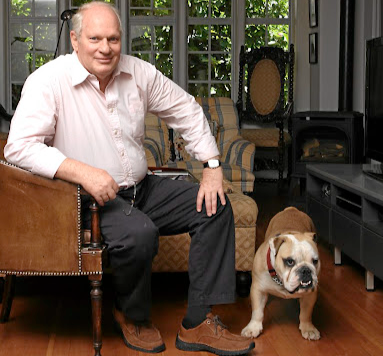 Today’s Trustee was an ambitious labour of love Allan created to improve the lives of millions of South Africans who save through retirement funds by educating pension fund trustees. It was, he said, a mission "for the social good of themselves and SA".

Just like the FM or Finweek during his tenure, Today’s Trustee remained doggedly independent: it called out the Financial Services Board (the precursor to today’s regulator) with as much vigour as it would tilt at companies — even Allan’s own advertisers — when they deserved some heat.

This flavour of professional scepticism is an increasingly rare commodity, but even more so in a profession recently compromised by anaemic profits.

And this is why Allan’s sudden death at 4.30am on Monday — he’d fallen ill just the previous day — has left SA journalism immediately poorer and significantly less formidable than it was just a week ago.

But there’s the loss to the country, and then there’s the personal loss. Any earnest business conversation with Allan would be at least 50% a discussion about his wife, Riana ("the clever one in the family", he’d say), his daughter, Mia, and his grandchildren. Forget the awards; that was the achievement he valued the most.

In recent months, he’d been talking about finally releasing the unauthorised Sol Kerzner biography he wrote, but which Kerzner interdicted in 1997. A fine work of research, detailing many of Kerzner’s suspect business dealings, it would only be right for it to see the light of day posthumously.

The FM remained close to his heart too. Besides acting as a trustee of the George FD Palmer Internship for Financial Journalism Trust, Allan spent many hours in his last few months discussing ways in which his magazine could tie up with the FM to help educate the people who manage our pensions.

This points to his sense of mission, and it is here, perhaps, where the loss of his pen will be felt most keenly: his writing on governance issues in pension funds, in particular, was peerless.

As much as he often worried that his words were falling on deaf ears, or the battle was becoming futile in an era of runaway corruption, the truth is that when he wrote, policymakers took note.

In his last edition of Today’s Trustee, Allan was in characteristic fighting form. He tilted at the "hubris of government’s blue light brigades"; he railed against President Cyril Ramaphosa’s "insipid promises", which had their cover blown by the insurrection; and he argued persuasively that pension funds could never properly partner with the government as long as Ramaphosa "refuses to eschew cadre deployment".

That was Allan: ferociously passionate, revolted by hypocrisy, and a quintessential watchdog. To the last, his was a life of inestimable service.

* This article was corrected to reflect the fact that George Palmer succeeded John Marvin as editor of the FM and was not the founding editor.

ALLAN GREENBLO: Will the new code for retirement funds be for better or for worse?

That depends on the implementation, writes Allan Greenblo
Opinion
11 months ago

ALLAN GREENBLO: How Sars holds the key to accountability for Zondo revelations

Prescribed assets: it’s high time for the savings institutions to come out ...

ALLAN GREENBLO: Why the soaring JSE has untethered from SA’s dismal economy

ALLAN GREENBLO: Should some pension money be released sooner for urgent help?

ALLAN GREENBLO: Small amounts for small people in small funds are worth chasing

ALLAN GREENBLO: Did Mboweni think this one through?

ALLAN GREENBLO: How Sars holds the key to accountability for Zondo revelations

Prescribed assets: it’s high time for the savings institutions to come out ...

ALLAN GREENBLO: Why the soaring JSE has untethered from SA’s dismal economy

ALLAN GREENBLO: Should some pension money be released sooner for urgent help?

ALLAN GREENBLO: Small amounts for small people in small funds are worth chasing

ALLAN GREENBLO: Did Mboweni think this one through?

JONNY STEINBERG: The post-ANC era has begun, and it ...

SA hurtles towards huge fuel price hike with no ...

Why SA’s super-rich are flocking to Hermanus