Princes are the poster kids for inherited wealth and poor genetics, playboy behaviour and getting away with all sorts of things – just think of Prince Andrew 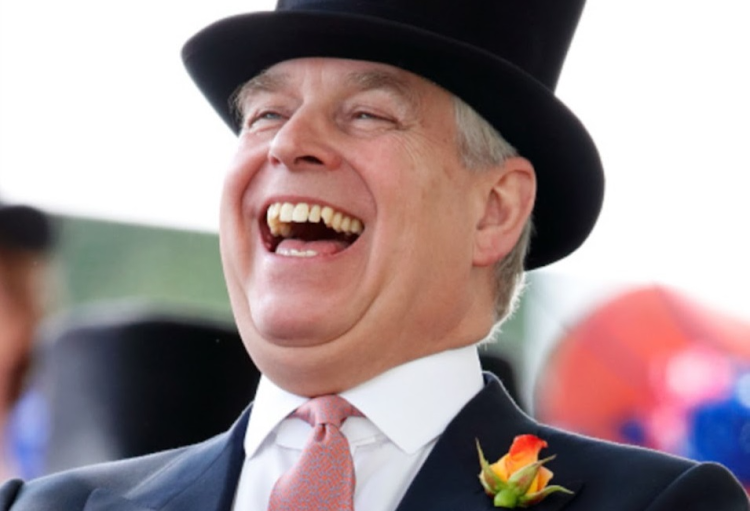 Walt Disney and the Brothers Grimm have a lot to answer for, but truthfully, it’s Charles Perrault that I’d like to corner in his pumpkin carriage for a couple of sharp words.

The 17th-century French author turned a popular folktale into the Cinderella story we all know – and, in spinning a yarn of a poor girl who meets her dream man, coined the phrase “Prince Charming”.

Delightful tale aside, Monsieur Perrault’s yarn must go down as one of the finest PR jobs in the history of the world. Were there ever a more tepid, more unattractive and less charming bunch than princes?

They are the poster kids for inherited wealth and poor genetics, playboy behaviour and getting away with all sorts of things (see England’s Prince Andrew for reference). As one friend said: “They are all described as handsome and it makes me genuinely worried that there is something wrong with my eyes.” That’s money and power for you – they’ve been making average men seem attractive for generations. Harry and William included.

I strained my brain trying to think of a truly good one and it speaks volumes that the best I could do is the Marvel Cinematic Universe’s T’Challa – the fictional prince of the made-up African country Wakanda. No actual king-in-waiting would ever be as good-looking or together as the late Chadwick Boseman, who played him in Black Panther. Though I concede, Jordan’s crown prince Hussein is a bit of a snack, and he’s real.

Thoughts of this mélange of motley monarchs were prompted after I read an article just published in the US’s Town & Country magazine. Written by Simon Usborne, it’s on Prince Albert of Monaco, who rules the speck of land wedged between France and Italy.

An opening line reads: “15 years after he ascended the throne and several scandals later, there is a new one, perhaps the most outrageous of all—a story that involves an anonymous Brazilian, duelling lawyers in Milan and Paris, a Vladimir Putin cameo, and the worst sinus infection in the history of mankind.” The rest of the piece is just as flattering.

The tackiness of Albert’s realm aside, it’s the stories of the royal’s gang of illegitimate children (there are potentially more than we thought, explains Usborne) that really do the worst for his image. Has he never heard of contraception? And, how were so many women beguiled by the geeky Grimaldi? Ah, yes, I answered my own question – the money and power, and, one presumes, some element of charm. He is Grace Kelly’s offspring, after all, but it still boggles this commoner’s mind.

Of course, we have skin in this Monégasque game, and it pertains to the aforementioned sinus infection. Onse Princess Charlene – her serene highness, Albert’s wife – has been back home in SA for months now. Her health problems are keeping her from flying, apparently. It’s a peculiar story and she doesn’t look well or happy in any of the pictures she’s posted to Instagram. Who knows what’s happening behind the closed doors of the Palace of Monaco. Or not, as is the case here. Whatever the truth, it’s definitely not a plotline set to feature in any fairy stories.

And that brings me back to my original point – it’s a hard “no” on the wet, weird or sketchy-on-sex-ed princes. Unless they’re concerned with what it sounds like when the doves cry, or have moved to Bel-Air to live with a wholesome aunt and uncle, I’m not interested.

We’ve all had a tough time in lockdown — but just when you thought 2021 was one for the books, some celebs have turned the strange up a notch​
Opinion
8 months ago

SARAH BUITENDACH: ‘Ideate’ this — the mindless words we need to cancel

Amongst the zombie phrases that have elbowed their way into our lives, an invitation to ‘ideate’ makes this author wish she was undead
Opinion
8 months ago
Next Article