Why the R250bn-plus NHI coffers could be next in line for looting ... 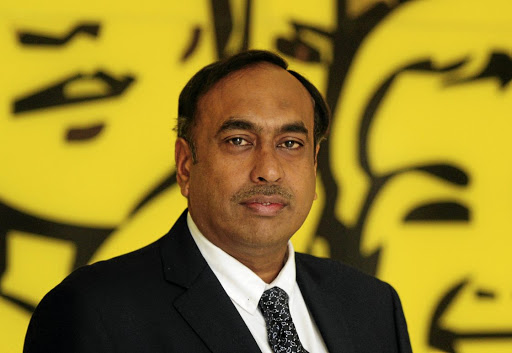 Dr Anban Pillay must be reaching for the Xanax round about now. You’d probably be too, if you’d just been fingered for fraud related to a dodgy R150m communications contract.

The health department’s now-suspended deputy director-general is front and centre in the Special Investigating Unit (SIU) report on Digital Vibes, the company that scooped up communications contracts from the department for National Health Insurance (NHI) and Covid.

In an apparent case of fronting, the contract benefited Tahera Mather and Naadhira Mitha, who the report describes as “close associates” of former health minister Zweli Mkhize (Mather is his former communications adviser; Mitha his former PA).

Pillay seems to have gone to extraordinary lengths to ensure these ministerial “associates” landed the lucrative contracts.

And when that was turned down, he was – you guessed it – “one of, if not the main actor(s)” involved in the closed tender process that ultimately saw Mkhize’s associates bag the multimillion-rand deal.

“The obtained evidence indicates that he committed fraud,” the SIU says of Pillay’s alleged misrepresentations to Treasury.

If much of this sounds awfully dry, it’s because the report is written with the turgid flair of the fill-it-out-in-triplicate bureaucrat (you can read it below, if you’ve got time to kill). But the story it tells – of the brazen sidestepping of procedure, and abuse of both public money and public trust – is far racier.

An exercise in back-bending

There’s the farcical tender process, for a start. Following its failed request for a deviation in procurement processes, the health department selected 10 bidders from government’s central supplier database for a closed bidding process.

Among them were two companies that seem to exist only as e-mail addresses, two that are registered for accommodation and food activities, and one that’s a recruitment services provider.

From this grab-bag of the unfit, only two companies tendered for the contract: Digital Vibes and Brandswell. Where Brandswell quoted R69m for the job, Digital Vibes went the whole hog, asking for a whopping R141m.

In the face of such a discrepancy, it seems the tender committee had to find yogic flexibility in its backbone to get Digital Vibes through the door. And so it awarded points for “functionality” in an “irregular” and “irrational” way — specifically, in the machinations it employed to award points for experience in the communications sector. Brandswell, in operation for more than five years and with a solid comms track record, was marked down. Digital Vibes – operating only since 2018 and “owned” by a petrol-station manager – was miraculously marked up.

Even this wasn’t enough to push Brandswell below the 60% minimum threshold for functionality. Funny, then, that one committee member’s score for “implementation” was apparently changed on the final tender committee report – knocking Brandswell down to 59.2% and thus out of the race.

Then there’s the money.

While the taxpayer was gifting Digital Vibes R150m, the company was in a gifting mood itself: R300,000 was transferred to Mkhize’s son Dedani on May 2 2020; two days later, R160,000 was paid to a car dealership for a Toyota Land Cruiser that was subsequently registered in Dedani’s name; and R6,700 went towards home repairs at Chez Mkhize. (A shout-out here to Daily Maverick’s Pieter-Louis Myburgh, who has been pulling at the Digital Vibes thread for months, and alerted the public to all of this.)

Then there’s this gem: a witness told the SIU that Mather transferred R3.4m to a Cash & Carry Wholesaler electronically, in return for hard cash in “boxes or plastic packets”. These were apparently handed over to Mather, Mitha or Radha Hariram (the said garage manager-turned-media mogul), with Dedani collecting them from the forecourt at Hariram’s KwaZulu-Natal petrol station.

And let’s not forget the alleged embezzlement. Hariram in May 2021 laid charges of fraud against Mather and Mitha for making payments of more than R80m to companies allegedly linked to both Mather and Mitha, as well as Mather’s sister, son and daughter.

An SIU analysis of Digital Vibes’s bank account found R36.7m had been paid to “individuals that worked with or were linked to the minister (staff members of the minister)”, and R3.1m in “suspect payments” went to other companies, including Royal Bhaca Projects (did anyone say “Diko”?).

And all this for work that cabinet had decided in June 2019 should be carried out by government’s own dedicated comms agency, the GCIS, whose staff all received taxpayer-funded salaries.

One of the curiosities in the report is Mkhize. His cronies were awarded the tender; his family benefited from that deal, contrary to his protestations some months ago; and his telling of events doesn’t always stack up.

It could be for lack of solid evidence of criminality, but he seems to get off relatively lightly – at least in comparison with Pillay, Mather, Mitha and Hariram (all directly accused of fraud). The SIU finds Mkhize’s conduct was “at best improper” and “at worst unlawful” in apparently pushing for Mather’s appointment on WhatsApp, and that he had made statements that were “objectively speaking, untrue”.

On the whole, he’s found to have had a conflict of interest he didn’t declare. And the SIU then leaves it to President Cyril Ramaphosa to decide on “executive action against the minister”.

The report leaves us with some disquieting thoughts. Mkhize’s family and associates benefited from this shady deal. But Pillay, from what I can gather, seems to have got nothing out of this mess other than his own suspension. Is he, in fact, the arch-villain here?

There’s something more troubling, and not unironic, about the whole affair. This was, after all, originally a contract for comms around NHI – the government’s programme to provide universal health care in SA.

NHI is a noble aim, but it has given rise to a number of concerns – including around the national sport of corruption. The pooling of state and private contributions for medical aid will create a kitty of hundreds of billions of rand (estimates vary from about R250bn to R400bn).

That’s a lot of latent largesse.

What it means, ultimately, is that the health minister “is responsible for governance and stewardship of the fund”.

One shudders to think what may happen if, say, a dodgy health minister were to get his grubby hands on all these levers of power.

Sure, there are caveats about the Public Finance Management Act, and clauses around conflicts of interest. But those same fail-safes were apparently quite easily sidestepped in the effort to get Digital Vibes its R150m. So they offer cold comfort at this stage.

Nor, remarkably, has Digital Vibes dulled the government’s enthusiasm for NHI. But this debacle may yet offer some value in the NHI debate. As acting health director-general Dr Nicholas Crisp told Business Day yesterday, “it may impact on the debate in parliament and may influence how they may want to reformulate what is in the [NHI] bill”.

One can only hope that starts with a sound governance structure and more robust checks on centralised power. If it doesn’t, I’ll be ready to pop a few Xanax myself.

MARKET WRAP: JSE muted as investors take stock of US ...