When this is all over, some time in 2084 no doubt, I will visit Britain again — but I won’t easily forget the disrespect and disdain with which its government has treated us 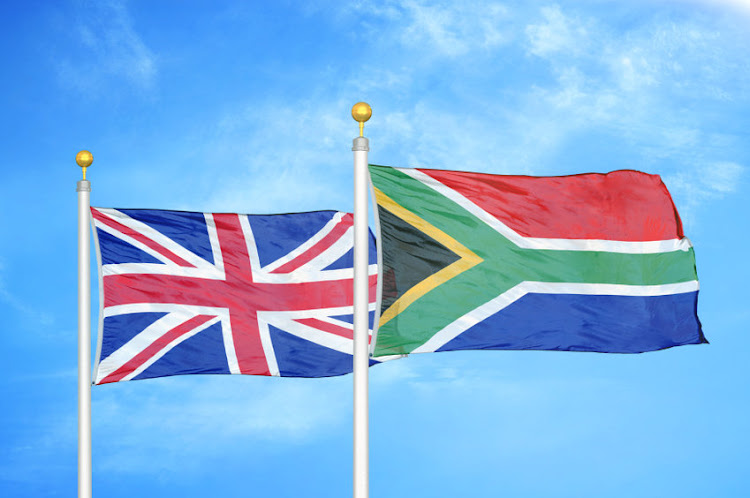 From the corner behind the chair, past the bed and the mirror, taking a sharp right into the bathroom – one big stride to the space next to the basin and turn! Then do the whole thing in reverse. That was all of 20 steps.

Walk up and down while you’re on the phone, watching TV or reading a book and you’ll get a surprisingly large number of steps in. One day I managed 4,000 steps, just pacing up and down the hotel room like that.

But that’s not all. Add in the 20 minutes allowed per day to march around the car park behind the building, overseen by security in neon high-visibility jackets, and who knew that you’d get so much exercise in quarantine?

In April this year I did the mandatory hotel quarantine to go into England. I’d saved up, was going alone (how any family can afford the 10-day forced confinement is beyond me) and wanted to take some time off in the UK.

I’ve not written about that experience until now. But since SA remains on the UK’s red list, inexplicably, I figured this is as good a time as any to detail what this still means for anyone travelling to the UK from SA.

From the moment anyone from a red-list country arrives at Heathrow, they’re treated like patient zero. Special queues, endless track-and-trace forms and proof of Covid tests are the order of the day. You get the sense that if they could get away with sealing off the deplorables from the “dangerous countries” in hermetic bubbles, they would. Actually, scratch that: if they could tell us we couldn’t enter the country at all, that would be their first choice. But since we happen to also be British citizens, that’s a bit of a bind – so then, prohibitively expensive hotel quarantine it is, chaps.

It’s farcical. Once you’re through passport control, security snakes you and your fellow social pariahs across the airport – via luggage collection and to busses which ferry you to a hotel that the government system has randomly allocated.

I got lucky in this regard. My cell for almost two weeks was a recently redone room at the Radisson Red right next to the airport. With its midcentury-like interior (including an actual working rotary phone), it was not a bad spot to be confined to.

Nonetheless, 10 days in one room is weird whatever the aesthetic. It’s even stranger that despite waking up in a grand hotel bed with ultra-fast Wi-Fi, you’re treated like a prisoner. The dark, long passages of the labyrinthine building, with its low ceilings and plush carpets, teemed perpetually with security.

The only time you opened your door was to receive the mandatory Covid PCR tests, offload rubbish or collect the food parcels left outside three times a day. Across the way from me were two families with small kids. I’d hear the youngsters crying and think their parents were made of infinitely stronger stuff than me.

Sometimes housekeeping would forget to bring the food parcels. Tracking down the missing brown bag — containing its treasure of the most unambitious sandwich ever made, a bag of crisps and dessert — became a challenge that would at least spice up a few hours.

One day early on in my stay, I fell in with a bunch of SA aunties speed-walking around the car park designated for exercise. You can picture the scene: us in our lycra leggings, ranting, as we edged along the perimeter of the space, past groups of guys smoking. It really did look like a prison yard.

One of these fellow inmates mentioned that after much complaining, someone had come and opened the double-glazed windows of her room. That was my a-ha moment. Once I’d signed a disclaimer saying I wouldn’t jump, they came and did mine too. Fresh air, it turned out, was a game-changer.

For the remainder of my internment, I sat at the wide-open picture windows watching the vivid green parakeets in the fruit trees below. It was, bar the “no parking” signs, an oddly attractive vista.

I cannot say I hated quarantine. I read, I worked, I caught up with every single person whose number I’d ever saved in my phone. But I would not do it again – especially since it now costs £2,285 (about R46,000) for the 10 days. That said, I was a lucky one.

While people from countries like the US, with wildly unrestrained Covid infection numbers, enter Britain with nary a restriction in sight, there are thousands of Southern Africans who cannot afford to do what I did, and can’t afford to dodge the quarantine by going via Europe, and so haven’t seen their families in a year. People have missed weddings, births, and deaths of those they love.

When this is all over, some time in 2084 no doubt, I will visit Britain again — but I won’t easily forget the disrespect and disdain with which its government has treated us. To anyone with the vaguest grasp of science, it’s clear that SA should no longer be on the red list.

Besides countries like the US (9.7-million active cases right now, and more than 696,000 Covid deaths in all), Egypt will shift to the “amber” list in a few days, yet this is a country that has fully vaccinated just 4.6% of its population — less than half of SA’s 13.1%. And 19.3% of South Africans have had at least one jab. Kenya, which is also moving to the “amber” list, has only fully vaccinated 1.5% of its population.

This illustrates that it is politics, not science, that lies behind the UK’s government’s decisions. And its top officials clearly aren’t equipped to count their own fingers in the dark.

* Note: This article was updated on September 22 to include updated and correct vaccine information.

‘We are looking forward to welcoming back German tourists to SA,’ the tourism minister says
National
10 months ago

SA’s tourism sector has been devastated by the pandemic. The government has a new plan for recovery. But it’s thin on detail, and operators — based ...
Features
10 months ago

In the face of government inaction, SA tourism association Satsa began lobbying the UK government to remove SA from its ‘red list’ in May. With luck, ...
Features
10 months ago
Next Article