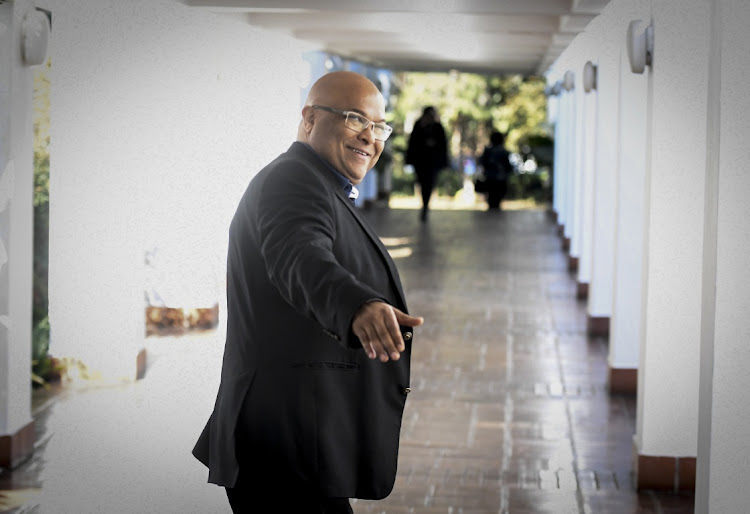 Let’s cut to the chase here. You can scream until you are purple in the face but Jacob Gedleyihlekisa Zuma does not have a terminal illness.

Just a few weeks before he was taken into custody he was speaking to journalists, addressing crowds of supporters, conferring with his phalanx of lawyers and entertaining guests at the garish Nkandla home that the taxpayer has built for him.

He was in fine fettle as he defied the law for days until he was taken in by his security detail at midnight on July 7. Until that day the man could offer a lusty rendition of Awulethe Umshini Wami (Bring Me My Machine Gun) at the drop of a hat.

The only long-term illness Zuma suffers from is an aversion to facing the law, getting his day in court and answering allegations against him linked to the arms deal and his role in state capture. To evade the law, Zuma will do absolutely anything, including what his benefactor Schabir Shaik did over 10 years ago — faking it.

No-one should be surprised by the arrogant announcement on Tuesday evening by Arthur Fraser, the correctional services commissioner and former director-general of state security during Zuma’s presidency, that he had overruled a recommendation that his former boss should not be released on medical parole.

In an interview with SABC anchor Vuyo Mvoko, Fraser said that, after assessments, the medical parole advisory board “did not approve medical parole” for Zuma because he was “in a stable condition”.

Yet Fraser, who is not a medical doctor, took it upon himself to declare that the medical parole board, whose job it is to make these decisions, was wrong. He personally decided to let Zuma go.

Fraser told Mvoko that his decision was “legal and procedural” and would stand up to scrutiny.

Perhaps. But is his decision ethical? Is it moral? Is it right? How many other decisions of the medical parole advisory board has he overturned?

We all know the answers to these questions – it’s three “noes”, and a “none”.

We all knew that Zuma was going to walk the minute he was taken to the Estcourt prison. Why? Because Fraser, who oversaw every detail of the destruction of the state security agency that has been detailed at the Zondo commission, was in charge of the prisons service – and he has delivered for his former boss before.

Remember that the Mail & Guardian newspaper told us back in 2009 that the leaked secret recordings of conversations between former Scorpions boss Leonard McCarthy and others, which Mokotedi Mpshe used to (wrongly) justify his dropping of corruption charges against Zuma, were leaked by Fraser.

Giving Zuma a “get out of jail free” card for the second time was a cinch.

So what does this all mean?

No matter how anyone looks at it, the state capture cabal has won a significant victory. Ask any ordinary citizen today and they will tell you that in SA, there is nothing like the concept of “equal before the law”.

Indeed, many would declare that we are in full-on Animal Farm mode and that there is no equality across the entire society. The Zumas, connected as they are, can get away with anything.

Let us not forget that Zuma defied a judicial commission and the Constitutional Court, showing a middle finger to various ministers who arrived at his door to beg him to comply with the law like an ordinary citizen.

Zuma has showed us that there is no law for him; the rest of us are the only ones subject to any kind of censure. He got away with Nkandla, he got away with state capture, and he continues to get away with evading charges of corruption, ably assisted by his allies in the prisons service, in the ANC, in government and elsewhere.

So whose fault is this?

President Cyril Ramaphosa’s belief that it is his job to keep the ANC united is at the heart of the problem. Fraser should have been showed the door as soon as Zuma was out of power. Instead, Ramaphosa shifted him to correctional services.

Why, you ask? Surely you’d have booted him out immediately?

In an interview in 2018 Ramaphosa was asked about perceptions that he was a ‘weak’ president because he was keeping all his allegedly corrupt comrades in the ANC and in the cabinet.

His reply: “I would rather be seen as a weak president than split the ANC, because that is not my mission. My mission is to keep the ANC united and I intend to succeed in having the ANC united.”

He went on: “I am the president of the ANC, I am not a dictator of the ANC. The ANC has a national executive committee [NEC] that is given the responsibility of leading the ANC in between conferences.

“The ANC’s ethos and culture has always been collective leadership, and we are not going to depart from that because some people want to see a dictatorial leader who will tell people this is what you are going to do or else …We don’t work like that in the ANC. We build consensus, you take everyone along with you and that is the style of leadership that has always been used.”

Theoretically speaking, that’s not a bad way to lead. In practice, however, Ramaphosa has largely kept people who are so compromised, so brazenly implicated in wrongdoing, that there’s little doubt they’ll continue their nefarious ways.

Unity should not mean tolerance of criminality — but Ramaphosa has largely allowed the criminal element in the ANC to hang around. There is merit in keeping one’s enemies close, but there is no merit in giving them the space to undermine your administration and your country.

Yet this is what Fraser and his cohorts have done.

We know now that the July riots were orchestrated from the heart of the intelligence structures.

We know this because Ramaphosa fired the state security minister and brought the intelligence portfolio into his office, with an instruction to former minister Sydney Mufamadi to clean house. He didn’t do this for fun — it was because his initial play of leaving the intelligence structures in the hands of Zuma-ites was used against him.

Consider the secretary-general’s office at the ANC head office. Walking into that office was like stepping into the living room at the Gupta family home: it was a hotbed of Zuma acolytes. Before an ANC NEC meeting, this group would plot to remove Ramaphosa, set up motions of no-confidence in him and cause chaos.

Ramaphosa wanted unity of the ANC; they wanted to continue looting. They are ruthless in undermining him, while he treats them with kid gloves. As Fraser’s decision shows, that has now come back to bite him.

As it turns out, Ramaphosa is not that different from Zuma, placing the needs of the ANC above the integrity of the country and its constitutional ...
Opinion
4 months ago

Does Ramaphosa approve of politicians bending the rules to suit themselves — or is he just willing to overlook it?
Opinion
4 months ago

A naked statement that Zuma was released after the government received a 'medical report' was never going to fly. To assuage the justifiable ...
Opinion
4 months ago

We’re entering an era of painful chaos in our society, where events like July’s unrest will become all too familiar. How will businesses and citizens ...
Opinion
4 months ago

JUSTICE MALALA: Show me an insurrectionist in handcuffs, Mr Ramaphosa

The President needs to show investors that he has quelled the unrest. So where are the arrests of those responsible for July’s mayhem?
Opinion
5 months ago
Next Article