SARAH BUITENDACH: ‘Ideate’ this — the mindless words we need to cancel

Among the zombie phrases that have elbowed their way into our lives, an invitation to ‘ideate’ makes this author wish she was undead 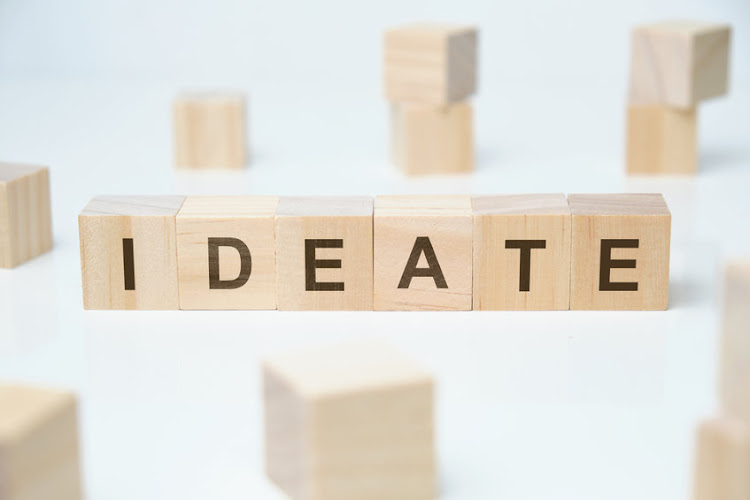 Last week, I was included in an e-mail chain in which one of the guys suggested we should get together and “ideate”. It is hard to overstate the impact of this single utterance: in an instant, I was simultaneously turned off both the man and the conversation.

To put it plainly, I’d rather have opted for a drenching with icy, fetid water gathered from mid-winter Zoo Lake over seeing that word spring into my inbox.

How can I take a man seriously if he couldn’t just write “Let’s come up with some ideas” – if that is indeed what he was trying to say.

Why would he have done this, I wondered. Did he feel this turgid mishmash of start-up jargon fit the mood? Did he feel it made him sound smarter?

Not for nothing did The Atlantic magazine include “ideate” on its list of the most despicable words — a needlessly pompous “zombie noun” designed to make someone seem smarter than they are.

Perhaps I should have sought to “ideate” with that guy over the reason he picked that linguistic abomination, but I missed the opportunity to take the conversation offline, engage and ultimately gather some key learnings.

Instead, and more productively, I started to make a mental list of all the other phrases that make me see red — words I’d like to cancel, to abuse another wildly overplayed term of this zeitgeist.

I reached out to some friends, and we mind-mapped a longlist of words we’d collectively love to nix.

Some made the grade because they’re victims of overuse; some have been viciously appropriated by advertising creatives; and some are just the nonsense jargon spewed by people failing abjectly to make themselves sound smart.

So here, in no particular order of loathing, is our shortlist of words we’d like to give the shove.

Icon or iconic: See also legendary. These days, practically anyone who dies is labelled an icon. Let’s keep this group elite and only open to Nelson Mandela, Miles Davis, the pyramids, Greek and Russian religious paintings and a couple of other worthy souls. It’s not how you should describe the entire internet or your new hairdo.

Reach out: It’s an apt lyric apropos hand-touching, when sung by the iconic Diana Ross. It’s a very poor phrase when you could just say: “Get hold of me.”

Problematic: This is a tragic catch-all for the mild to the wildly bad. It sounds just academic enough to seem convincing. Your phone usage is “problematic” — but so is sexism in the workplace and fast fashion. The overuse of the word “problematic” is problematic.

Bespoke:  Unless an item was specifically made for you, it is not bespoke. Those croissants made en masse, or the service your estate agent provides (to everyone), isn’t bespoke. And as Robb Todd so eloquently puts it in the New York Observer: “Why say ‘made to order’ or ‘custom-made’ when, instead, you can sound like an asshole and say ‘bespoke’?”

Curator:  Are you the conservator or keeper of a collection at a museum or gallery? Did you spend decades researching and sucking up to funders to get to this point? Or, did you just chuck the word on your business card, to describe yourself as the “curator” of content, of hotels, of the landscape, of holidays, or even of other curators. Yes, it’s as vacuous as that.

Double-click: This is the poster child of 2021 corporate speak. If you haven’t heard someone say “Let’s double-click on that point” when they actually mean “Let’s take a closer look at that”, you’ve been saved an awful injustice. It’s the new version of the braindead “Can we circle back to that”.

How clever that some genius in a labyrinthine lair of obfuscating language has taken a computer term and turned it into one that deserves a gold medal for banal. If only the guy who insists on using it on every call spent half as much time doing real work as he does catching up on mind-numbing office vernac.

SARAH BUITENDACH: Back from the dead: the Humblebrag Bag

There’s a new virtue-signalling must-have: a tote bag, which tells people that not only do you care about the environment, you’re refreshingly smart
Opinion
10 months ago

The situation in Afghanistan for the youth is deeply depressing, But in SA, the plight of our youngsters seems somehow more hopeless
Opinion
10 months ago

SARAH BUITENDACH: Is it appropriate to ask someone if they’ve been vaccinated?

Vaccine etiquette has become a global talking point — but can you ask someone if they’ve been jabbed?
Opinion
10 months ago
Next Article

Is the game up for UK’s Boris Johnson as ministers ...