We’re entering an era of painful chaos in our society, where events like July’s unrest will become all too familiar. How will businesses and citizens survive in SA’s progressively worsening situation? 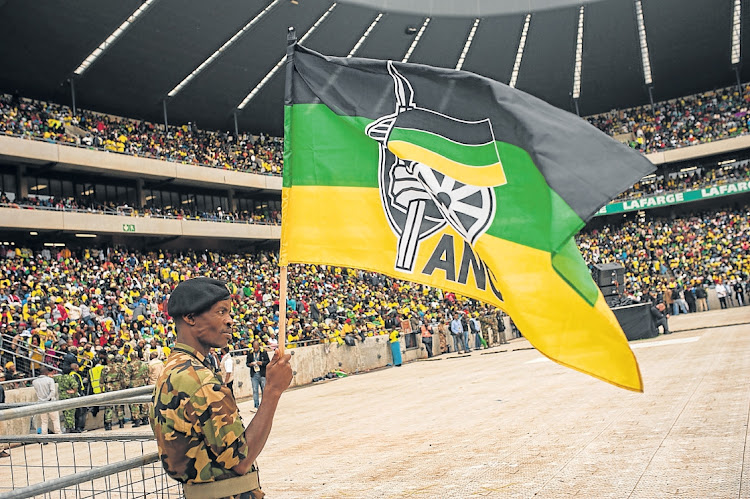 The ANC’s failure to submit election candidates in at least 94 municipalities is a big deal, even by the party's own parlous standards of administrative chaos.

It rattled the party to the extent that it first ran to the electoral court on Monday, to ask it to order the Independent Electoral Commission (IEC) to allow parties to resubmit candidates, before abruptly withdrawing that application a day later. Ostensibly, it is waiting to see whether the Constitutional Court this week allows the IEC to postpone the election to next year, or whether it insists the election go ahead on October 27.

But if the election goes ahead in October, the ANC stands to lose badly. Even though it failed to submit candidates in 94 municipalities, ANC deputy secretary-general Jessie Duarte said that it is in 35 municipalities where the party will be “severely affected” and stands to “lose the possibility of governing again”.

What this means is that it’s now likely that some cities and towns will end up being run by parties other than the ANC for the first time in years. Ironically, this may include Mangaung (Bloemfontein) which is the city where the ANC’s precursor was formed in 1912.

The ANC can moan about the “electoral infrastructure” all it likes, but the fact is, this sort of administrative problem isn’t confined to its election planning — rather, it’s symptomatic of the wider decay in the party, which has now manifested in it being unable to pay its staff.

Salaries, after all, are a fixed cost that any moderately capable organisation can plan for. But the party’s finances have been a mess for ages — and the recent introduction of stricter rules on donations, which now require more transparency, haven’t helped.

So what is really happening?

The reason the ANC is in such chaos is that the party is reaping the whirlwind of focusing on state largesse more than anything else. Its most prominent leaders all serve as ministers in the state, which means there are few capable people willing to stay at Luthuli House and make sure everything runs smoothly. The ANC’s top officials all want blue lights on their cars, and the ability to dish out tenders — even though the law notionally prevents politicians from interfering in state contracts.

The status quo speaks volumes about the real likelihood of ANC “reform”. How can a party that can’t even submit an election list on time hope to change our state? It would probably be easier for a lion to give birth to a dolphin.

For all President Cyril Ramaphosa’s “new dawn” spiel, I am sceptical partly because, at a primary level, he does not have enough disciples around him to ensure this gospel is implemented.

The fact is, Ramaphosa has been the ANC’s leader for four years and has not made his party attractive to new entrants or a new way of doing things. Not a single prominent person who was not already an ANC member during the Jacob Zuma era has been attracted to Ramaphosa’s party. But this is understandable: ANC branches across the country are still run under the same atmosphere as they were during Zuma’s time.

This is a problem that actually precedes Zuma. During the Thabo Mbeki era, it was diagnosed as “careerism”, in which the ANC struggled to reckon with the new post-exile reality that its ranks were now dominated by people who wanted jobs and tenders — a stark difference from its liberation ethos where members were motivated by the fight for freedom.

This failure to deal with that shift sparked a slow-release implosion, and the ripples had severe consequences for law and order in the country.

The unrest isn’t over

The bad news is that this means we’re now entering an era of painful chaos in our society, where events like July’s unrest will become all too familiar.

Cities like Tshwane, the country’s capital, may fall under a coalition again. As it is, the Tshwane region of the ANC is one of those affected by the registration fiasco. Not only did the ANC fail to field candidates for more than a dozen wards there, but there are also questions about how people who were not legitimate candidates ended up on the party’s official list.

That spells trouble for the campaign, as the losing politicians in the eventual elections may mobilise communities to demonstrate against the ANC. This means we can expect more pockets of unrest — self-harm in a country where the opposition is weaker than it should be.

What you can then expect is for Ramaphosa to intervene and make promises he can’t keep. Like Zuma did 10 years ago, Ramaphosa will have to ask voters to ignore the problems and, perhaps, even vote for people who made it onto the lists through questionable means. In the end, these people may end up being removed after the election — but not before another laborious ANC committee is set up to investigate it.

The ANC’s biggest problem, however, is that its plan to postpone the elections may fail.

This week, the Constitutional Court is expected to deliver its verdict on whether elections should be postponed. If the court refuses to postpone it, it wouldn’t be out of character for the ANC to produce some shocking ideas — like implementing a state of emergency so that the election can be delayed.

But then, SA is a country of miracles. In particular, the fact that the ANC has remained in power for so long, even though it’s evidently run by administratively inept buffoons, makes it a candidate for the title of eighth wonder of the world.

A deeper question is how businesses and citizens plan to survive in SA’s progressively worsening situation, with the unemployment rate for those aged between 15 and 24 having now ballooned to 64.4%.

You can complain to all the courts you want, but there’s no disguising the fact that this is a crisis.

Experts seem to have identified three possible causes, and the first is the slowing and imminent collapse of the ANC
Opinion
8 months ago

Signs point to Bank raising rates by 50 bps on Thursday

Premier Fishing confident in its ability to survive