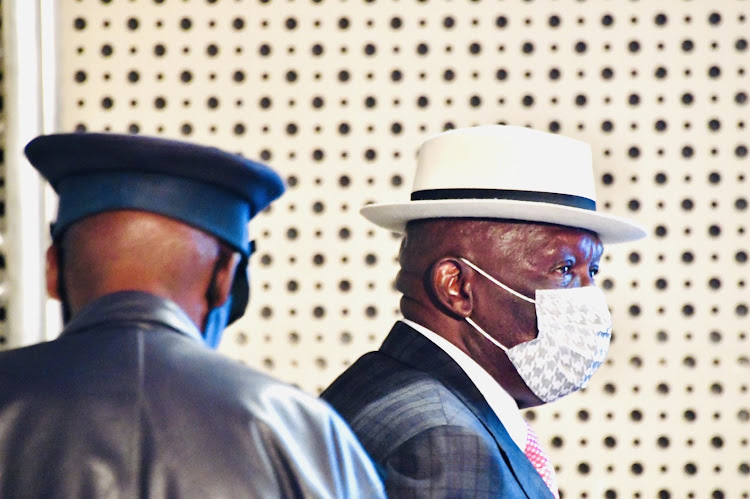 If only the rest of the government had the can-do attitude of its most prolific department, the ministry of silly excuses, maybe the country wouldn’t be in such a precarious position right now. (Think of it like Monty Python’s ministry of silly walks, but with less coherence and dignity.)

Take the creative, if misleading, excuse trotted out by police commissioner Khehla Sitole for the woeful crime statistics released on Friday.

But Sitole’s explanation was such a masterstroke of deflection that it’s almost a surprise he didn’t throw in the words “vaccine apartheid” for the sake of completeness.

“The reality is that the population has outgrown the policing resources, and further to that, the geographical spatial spread has also outgrown our policing infrastructure,” he said.

In other words, Sitole reckons we can’t control the crime numbers because there aren’t enough police.

Unfortunately, it doesn’t add up.

There are much bigger problems in the police than not enough resources, says Gareth Newham, the head of the Institute for Security Studies’ (ISS) justice and violence prevention programme.

“The police don’t have to police all 60-million people in SA. They have to identify those networks that are involved in violent [and] organised crime … and the precincts where violent levels are very high; and they have to use intelligence to identify the networks and deploy their resources strategically,” he told John Perlman on radio 702 on Friday.

As Newham put it, if you put more money into a dysfunctional system, you won’t necessarily get a better outcome. “You need to fix the system, and we’ll then be able to see if we’re getting bang for our buck,” he said.

Rather, it’s about shoddy management, something that shouldn’t be news to anyone who witnessed the police “handling” last month’s unrest in KwaZulu-Natal and Gauteng.

Despite the picture painted by Sitole, it’s not as if the police aren’t getting enough money — the problem is how this money is being spent.

What happened was a mirror of what has happened in many other parts of the public service: the police management used this cash to dramatically hike salaries for those who remained.

The ISS explains, the reason is “the Safety and Security Sector Bargaining Council agreement that noncommissioned officers receive promotions every four years regardless of performance. For example, in 2018 and 2019 over 42,000 personnel were promoted, which added an annual R1.2bn to the salary bill without improvements in activities or performance”.

This sketches a portrait of a police department just not up to the job, which raises some serious questions about the quality of oversight of investigations.

Clearly, the 65% boost in money going into the police hasn’t done a thing, precisely because the police are managed so badly that it almost makes the eNatis driver’s licence fiasco seem like a well-oiled machine, rather than the merry-go-round of corruption it really is.

This, again, exposes the paucity in planning and strategic thinking in the ministry led by Cele, whose great intellectual response to last month’s unrest was to get his officers to storm into shacks and demand receipts.

Three weeks ago, Cele said the crime stats were used as “propaganda” to chase away tourists. Cele said we should “guard against being run over” by “economic syndicates for investment and tourism”, who claim crime is so bad.

But as the IFP’s Zandile Majozi pointed out, no matter how Cele spins it, the fact is that these numbers “reflect an SAPS management in complete disarray, with police officers executing orders that had no real impact on the daily lives of our people”.

How is it that President Cyril Ramaphosa looked at his whiteboard, when he was shuffling his chess figures around a few weeks ago, and figured that Cele deserved to hold onto his position?

The transition to an online booking system in Gauteng in November 2018 was supposed to make things more efficient and cut down on corruption. Only, ...
Opinion
9 months ago

In scenes reminiscent of the early-lockdown jackboot approach, police have reportedly — without search warrants — broken into shacks in search of ...
Opinion
9 months ago