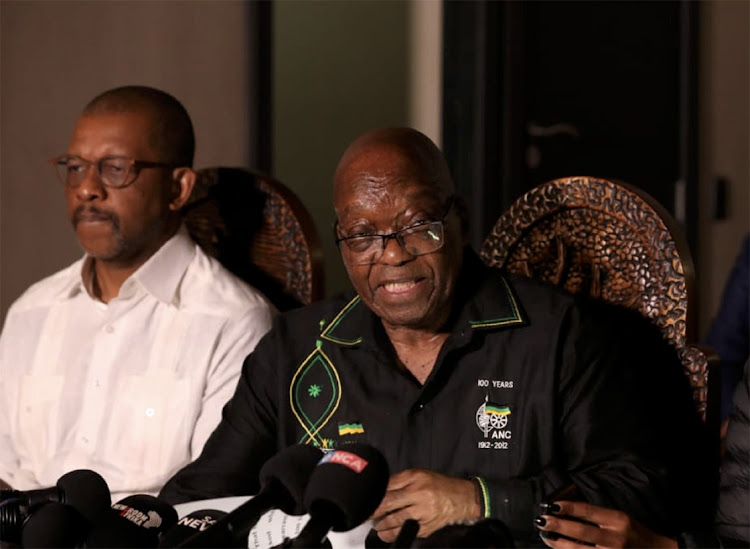 On Monday July 5, as the country burned, advocate Dali Mpofu appeared before the Constitutional Court to argue that former president Jacob Zuma’s imprisonment was a “cruel and degrading punishment”.

It was a striking moment of hypocrisy and tone deafness for a man intricately involved in the root cause of the following week’s astounding anarchy: the refusal of his client, who twice swore to uphold the constitution, to honour a Constitutional Court order to hand himself over to the police.

Instead of Zuma doing so on the specified day, Sunday July 4, he defied the court until the very last moment – eventually leaving his Nkandla home at 23:20 on Wednesday, July 7, just before the court’s order for police to arrest him expired at midnight. Literally at the last hour.

Author and broadcaster Mandy Weiner said it was a tactic straight out of the Zuma playbook. “It is exactly what we witnessed when he was removed as president. Drama, theatrics, spectacle, take us to the brink, consume the oxygen of the country.”

Then, finally, quietly submit at the last minute.

Zuma’s impunity finally hit an immovable obstacle – the most senior judges in the land holding up the principle of the rule of law.

His surrender was a rare moment of joy for a country ravaged by the effects of a brutal Covid lockdown and an even more brutal lost decade of state capture – all because of his total lack of honour, integrity or accountability.

Last month’s riots and looting show us how far Zuma, and his henchmen, are willing to go. The bill for the looting has now topped R50bn. Durban alone has lost more than R20bn, as hundreds of malls, warehouses and factories were razed. Countless small businesses and family-owned companies are gone forever.

In the face of it all, the police appeared impotent, rattled by all his sabre-rattling. The police were afraid of “another Marikana”, as Mpofu, representing Zuma, warned the Pietermaritzburg High Court on July 2, as he tried, with his characteristic amateurish flair, to halt the arrest order.

The police’s timidity was clear: had they acted earlier, when the truck burnings began in KwaZulu-Natal, the riots may not have spread to Gauteng before breaking out into mass looting. It demonstrates how truly broken the justice system has become. 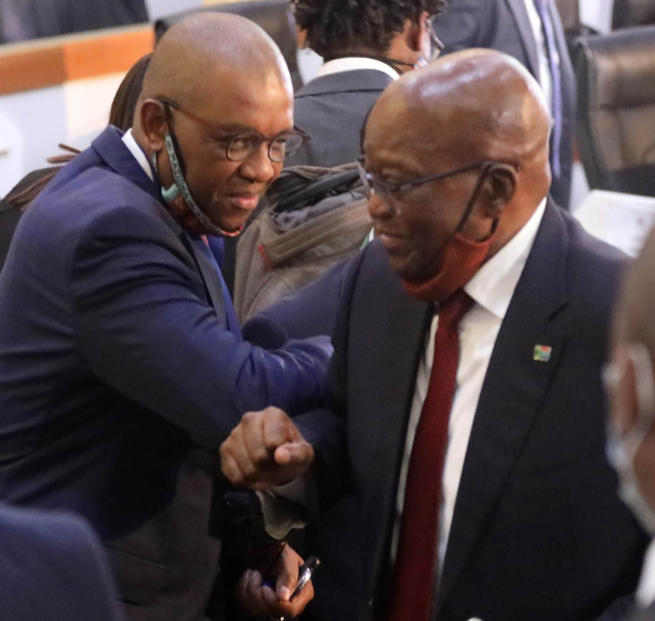 Appearing in court after Zuma was jailed, Mpofu, the serial publicity seeker, argued that the former president should be allowed out of jail to wait for an outcome to his 11th-hour attempt to overturn the contempt of court judgment. “It would just be vindictiveness for any party to suggest that he should wait for the outcome while he is sitting there. We don’t expect that anybody would be [that] callous,” Mpofu said.

Tone deaf as always to the country burning around him, it’s easy to suspect that Mpofu, like his toxic client, is a narcissist.

So it was that a week later, Mpofu was in court again – this time at the Pietermaritzburg High Court – for the long-awaited beginning of Zuma’s arms deal corruption case, where his call for the recusal of prosecutor Billy Downer was described as a “rerun” of previous failed bids to stop the prosecution.

This shows that what we are seeing is the inevitable consequence of two decades of Zuma’s legal “meandos”, which have sent a message to South Africans that you don’t really need to respect the law. If Zuma can do it, anyone can. And Mpofu is in the thick of it.

Zuma won’t accept responsibility for his own part in ripping the country apart.

People with jobs don’t leave their jobs to go looting. But with a mind-boggling 42.6% unemployment – which rises to an unconscionable 74% for people aged 15-24 – there are many people sitting around without a reason to get up in the morning.

This is the country that Zuma wrought, aided and abetted by a maleficence of miscreants, to coin a collective noun.

And the golden thread linking many of the miscreants is Mpofu, who has represented many of the Showerhead clique — including the noxious Ace Magashule, for whom Mpofu lost a high court application last month against his suspension from the ANC.

And it’s not just that Mpofu has represented them; it’s the way he has done it too.

Mpofu, objecting to something Le Roux said, told deputy chief justice Raymond Zondo: “Miss Le Roux must shut up when I am speaking.”

Testifying via video conference, a stunned Gordhan said: “Yoh, yoh,” in disbelief. So Mpofu turned to Gordhan and added: “You too, you shut up.”

When Zondo told Mpofu to sit down, the combative silk replied: “But why must I sit down?”

Zondo had to tell the petulant Mpofu: “Because I am in charge here and I am saying sit down.”

It was a stunning exchange of mind-boggling sexism and bullying, not to mention disrespect for the court — even if it was entirely in character.

Mpofu’s tantrum ended with him threatening that “maybe we should leave…”.

Only, he didn’t. As always, Mpofu was all talk.

For an officer of the court to have shown such profound disrespect for the deputy chief justice, it seemed like a nadir had been reached.

Law professor Justine Limpitlaw quite rightly called it: “Dali Mpofu’s disrespectful ‘shut up’ that reverberated across the nation”.

As Limpitlaw wrote, “the real signal that went out is not that it is open season on female advocates, or on witnesses in a judicial commission of inquiry or that the deputy chief justice himself can be told ‘maybe we should leave’ because the advocate does not like to be told to sit down, but that it is open season on the judiciary and on the judicial process itself”.

Since then, it has only got worse. Now, thanks to Zuma, aided by Mpofu, it’s open season on the rule of law itself.

Having played his trump card and lost, the former president is a spent force — and he’s still in jail
Opinion
1 year ago

Jacob Zuma’s daughter has been his most strident defender, but she is also fuelling the riots on social media
Opinion
1 year ago

Last month’s failed insurrection showed up the ANC’s RET faction for the moral vacuum that it is. That could turn out to be the final nail in its ...
Features
1 year ago

The case against the instigators

Those behind the July unrest in SA could face charges under the terrorism act. The first such case has already been brought
Features
1 year ago
Next Article