In many places communities came out to protect their shopping centres from looters last week. Why do they feel so strongly about their retail environment? 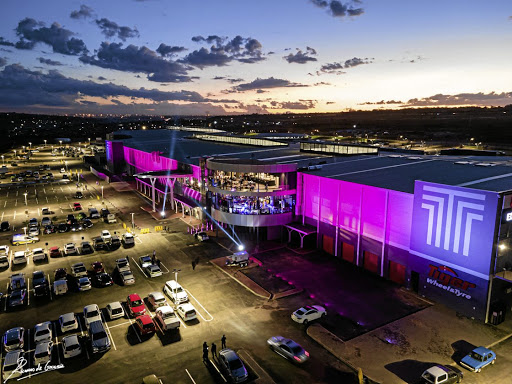 It’s already one of the standout moments of the unrest that hijacked SA recently: Soweto resident Nhlanhla Lux Dlamini, kitted out in military-style fatigues, on a freezing Joburg winter evening talking about defending Maponya Mall from a siege of looters.

“What you should know is, we have enough firepower to last until sunrise,” Dlamini says. “So if someone wants to come and test us during the night, we’re more than happy. We’re willing to die and it’s not for the camera – it’s [a] real-life [story].”

The clip is straight out of a war zone. CNN anchor Christiane Amanpour could be conducting the interview as shells illuminate the night sky. It’s emotive stuff, this talk of fighting to the death – and it’s all for a mall.

Through the lens of a week when, at the last count, 161 malls were looted or destroyed and 3,000 stores burnt or damaged (no doubt the final numbers will be much higher), this hard-line resistance makes sense.

And it wasn’t an isolated incident either. All over the country, communities came out to safeguard their shopping centres: in Tembisa residents formed a human shield to protect Birch Acres Mall and in Brakpan they marched in defence of Tsakane Mall, one of the few outlets that hadn’t been attacked in the area.

At the most fundamental level, these interventions are easily explained. Communities need these places for food and goods. People who live around these malls work at them too, and they’re often where social welfare grants are collected or where transport hubs are situated.

So shopping centres are patently important for practical reasons. But there is something else at play here too. In a nutshell, South Africans love a mall.

Ask the teenagers who mooch around outside the movies, the couples who hit the food court for a burger and hand-holding or the freeloaders who sit at Exclusive Books for hours reading without buying: malls occupy a huge, travertine-covered spot in all their hearts.

In a recent article for the FM, Joan Muller described SA as having more shopping malls than any country except America, taking account of its size.

In all, we have more than 2,300 malls, and that number is increasing all the time. Despite evidence of retail white elephants everywhere, and even with a Covid-wrought shuttered-shop bonanza, we’re still building these bastions of bright lights, high ceilings and shiny floors.

It’s an interesting phenomenon since, in America, dead malls are a real thing. In that country thousands of megacentres and strip malls that flourished in the 1980s and 1990s are now vacant and derelict. Online shopping has been a significant catalyst for mall-mageddon, but it’s hard to imagine that happening here anytime soon.

You might argue that malls are little more than a symbol of runaway consumerism. If so, it makes it all the more perverse that last week South Africans were fighting to defend structures mostly owned by big business that sucks money out of local communities.

Sure — but that takes none of the emotion inherent in these spaces into account. What’s the logic of ambling around Hyde Park shopping centre for hours? There isn’t much, really, but it’s still a grand way to while away time.

Shopping centres are an escape, a refuge of safety (bar the occasional shoot-up) in a country where that’s at a premium. They’re also alluring treasure troves, with lots to lust after. And they are delight democratised, as anyone can visit, even if you can’t afford a thing in them.

Malls, for a growing number of generations, equal entertainment. For me as a kid in the 1990s, malls held the promise of ice rinks, ten-pin bowling, arcades and putt-putt. These days malls boast casinos, old-school drive-ins, climbing walls, surfing, even aquariums.

That we’ll queue up to see replicas of detritus from the Titanic at the Zone in Rosebank, but not the real Dali or Rodin artworks at the Joburg Art Gallery, reveals how slightly macabre our ideas of culture and society really are.

It seems outlandish, but in some ways, our love for shopping centres unites us. Ask someone to describe the memories of malls they frequented growing up, and you’ll hear nostalgic tales of movies at the Workshop and  the Wheel in Durbs, of outings to Blue Route, Sandton City, Cavendish, Menlyn and Eastgate. No doubt you’ll also be regaled with the minutiae of stores long gone, layout changes, even old signage.

So here’s my guilty secret: my spiritual mall home is Cresta. I have been a regular my entire life. One of my favourite days since Covid hit was spent walking around this 44-year-old mall.

In it we window shopped, had coffee and bought a couple of things here and there. It was a comforting salve, amid a raging pandemic, to be in a familiar space.

All of which means that, if it came down to it, I suppose I’d come out to bat for this strangely glitzy domed mall too.

The psychological damage is deep: our entrepreneurs will invest cautiously, with fear and trepidation in their hearts
Opinion
1 week ago

Retailers are picking up the pieces amid clean-up operations after a week of looting, arson and unrest in which many lost everything they had worked ...
Features
1 week ago

SA unrest: how locals are rebuilding the country

In the wake of the horror of last week’s unrest, SA’s affected communities are picking themselves up and starting the work of rebuilding the country
Features
1 week ago

For its size, SA has more shopping malls than any other country except the US. However, it appears the pandemic has not dampened developers’ plans to ...
News & Fox
2 months ago
Next Article

Investors fret nothing is safe in China crackdown as ...