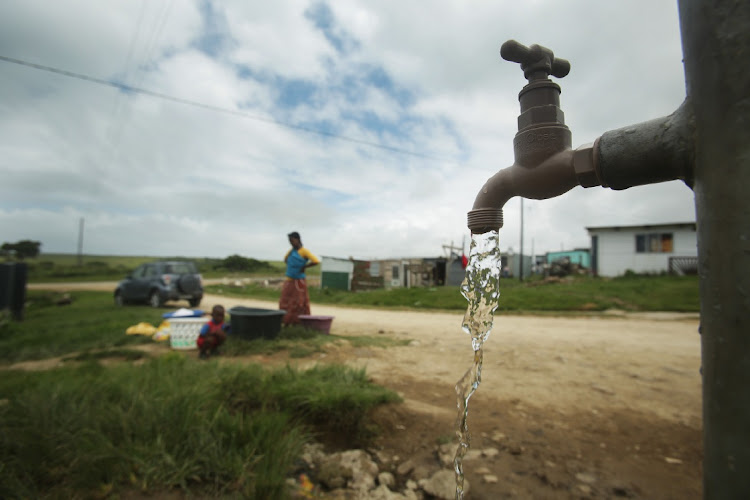 If there’s anyone in SA – other than the taxpayer, that is – who must feel they’re screaming into the void, it’s the auditor-general.

At about this time every year, the AG’s office releases its audit outcomes for the country’s municipalities. Each year, without fail, it’s a horror show —  a litany of bad financial management, questionable financial decisions, and poor delivery. Each year, the AG offers solutions for long-term correction. And each year those recommendations are ignored.

And so it is that Tsakani Maluleke’s first local government audit report, the 2019/2020 outcomes she tabled on Wednesday, offered a resigned acknowledgement near the top: “We have seen little evidence of our messages being taken to heart. The progressive and sustainable improvements required to prevent accountability failures, or deal with them appropriately when they do occur, do not exist."

How bad is it?

Read the AG report (available in full here), and you’d be forgiven for thinking that local government is the Wild West of financial (mis)management. There’s a gung-ho delight – and devil-may-care air – that can only come from spending other people’s money.

For the year in review, SA’s 257 municipalities had set out an estimated expenditure budget of R719bn. Revenue, however, is pinned in the report at R358.4bn.

Of the money they collected, municipalities had to raise most of it (R259.4bn) themselves through rates and taxes, provision of services and the like; R99bn, says the report, came from national government in the form of an “equitable share” (funds that allow them to provide basic services to poor households, and that allow poor municipalities to perform basic governance functions) and conditional grants (funds that are earmarked for specific purposes).

Only, they didn’t actually collect that R259bn – the AG estimates that they will only recover R103.7bn (40%) of it. So they increasingly relied on the government grants to keep their heads above water. But they’re not doing too well on that score either.

A princely 19% of SA’s municipalities, overseeing about 12% of total expenditure, are considered to be in good financial health. Then there’s the rest: 49% are “of concern”; 32% require intervention.

For 27%, it’s doubtful whether they will “be able to continue with their operations in the near future as a going concern”. In other words, they’re basically bankrupt.

You wouldn’t think so though, given how they’re throwing around other people’s money.

At least they’re clear on their spending priorities: staff and councillor remuneration comes first (R74.4bn, or 46% of their recoverable revenue and equitable share allocation), then they pay their municipal suppliers.

(And here’s a word of warning to those looking to get into business with the government: the average municipal creditor in SA apparently waits 209 days for payment.)

Unfortunately, our municipalities have about as much enthusiasm for clawing back money as Jacob Zuma has respect for the Constitutional Court. Over the course of the year, they recovered less than 1% of the ​cumulative irregular expenditure from the year before, and 1% of the fruitless and wasteful expenditure. In a line that has become synonymous with government, the bulk of this money – 83% for irregular expenditure, 78% for unauthorised expenditure, and 82% of fruitless and wasteful expenditure – has “not been dealt with”.

You’d be forgiven for thinking they just don’t care.

With less money coming in than going out, municipalities are simply pushing their problems over to “next year” and hoping no-one ever comes calling. The Amathole municipality, for example, owed R563m at the year-end, but had only R192m cash in the bank. So a third of its next budget is already flagged for its 2019/2020 creditors.

In case you thought there’d be consequences for such behaviour, think again: 44% of municipalities didn’t bother to investigate possible fraud or supply chain issues that the AG flagged. Of the 68 that did look into some or all of the AG’s concerns, 37% were left hanging. So, for example, where “the investigation recommended that contracts in which employees failed to declare their interests be cancelled, the municipality did not do so”.

Sadly, the flags which Maluleke raises in the AG report are repeated in her special report on Covid spending at municipal level (available here), also tabled on Wednesday: a poor control environment; problematic financial management; inept performance management; awarding of government business to cronies; and overpaying for goods and services.

Just for a start, the amount of Covid relief spent on “unrelated goods” was a considerable R2.7bn of the R4bn spent by the end of March.

As the report drily notes: “One interesting item that came out of information provided by the municipalities is from Ngqushwa in the Eastern Cape, which indicated that it had spent R665,000 from the conditional equitable share to buy a mayoral vehicle.” (More on that in the Daily Dispatch.)

Besides that, there’s a lack of procurement documents; payment made without delivery acknowledged; and a complete lack of spending information in two municipalities (Dipaleseng and Phokwane).

Also, there were instances where an inadequate needs analysis resulted in over- or underprocurement. iLembi, for example, bought 19,600 surgical masks, 2,000 face shields and 1,500 cloth masks for its staff complement of 659. (To make matters worse, no surplus stock was to be found on a site inspection.)

And there is plenty of overpricing, of course. Tshwane, for example, bought 3,000 pairs of goggles at R552 a pop, against a Treasury-recommended price of R71.25. eThekwini paid R22 apiece for 22,000 surgical masks, when they should have cost R12.48. And JB Marks bought 500 5-litre sanitiser bottles for R750 each, instead of R327.27. That looks like looting the public purse, pure and simple.

Meanwhile, the Alfred Nzo municipality had no measures in place to ensure the products it bought were up to standard. It said it relied on SA Bureau of Standards marks and packaging, but a visit to the municipality found unmarked sanitiser had been provided in Nulaid Egg boxes.

The point at the heart of both Maluleke’s reports is that it’s up to our indomitable leaders to effect change; without will, there’s no way things are going to improve.

“The responsibility to turn local government around is entirely in the hands of its leadership,” she notes.

With a local government election ahead, this year’s AG report seems particularly important. Sadly, if previous years are anything to go by, it will make little difference.

The financial plan for SA’s economic capital sums up everything that’s wrong with the government: pie-in-the-sky ambitions, while entirely ignoring ...
Opinion
1 year ago

A newly launched memorial tells the haunting, harrowing tales of the state’s failure to care for its most vulnerable citizens
Opinion
1 year ago
Next Article