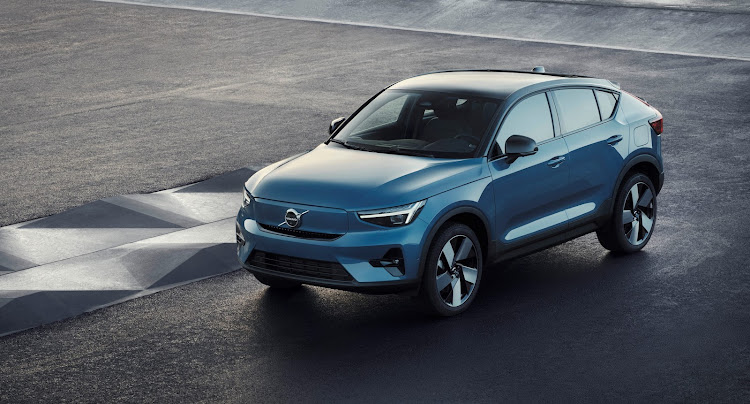 Imagine you’re the SA head of a car brand with a long and rich history in the country. And imagine the foreign motor company that makes your cars declaring that by the end of this decade it will stop producing the vehicles your customers are buying.

Then perhaps you can also imagine why Volvo Car SA MD Greg Maruszewski is relieved that the government is finally showing signs of making good on its promise to encourage electric cars in SA.

In March Håkan Samuelsson, Volvo’s global CEO, announced that the Swedish motor company plans to stop building petrol and diesel cars by 2030. By 2025 it hopes worldwide sales will be split equally between all-electric and hybrid (a combination of petrol and electric) vehicles. Hybrids will become history for Volvo in 2030.

That’s a problem for SA. The local market is overwhelmingly skewed towards the traditional internal combustion engine (ICE). All-electric and hybrid vehicles hold only a tiny share of the market.

The pro-electric lobby mostly blames prices (ICE cars are much cheaper), but that is an over-simplification. Most SA consumers, particularly those in medium- to lower-income brackets, simply aren’t convinced electric cars are better.

The same imbalance applies to the local vehicle manufacturing industry. Almost all SA-built vehicles use ICE. A handful of them are hybrids. None is all-electric.

Much of the world, however, is going electric. Two-thirds of SA vehicles are exported, most of them to countries planning to outlaw ICE in the next few years. Most global motor companies plan a dual-product strategy for the immediate future: electric vehicles for some markets and ICE for others.

Volvo is not among them. It has tied its colours irrevocably to the electric mast. Global chief technology officer Henrik Green says: “There is no long-term future for cars with ICE. We are firmly committed to becoming an electric-only car maker.”

Maruszewski observes: “Our future is clear, and it will be fully electric [and] sustainable.”

So he was pleased last month when trade, industry and competition minister Ebrahim Patel released a green paper offering a “roadmap” for the local sale and manufacture of electric vehicles. It won’t happen overnight, but the paper is a move in the right direction.

The Volvo brand has made great strides in SA in recent years. Maruszewski says: “In 2015, we accounted for 2.9% of the premium-car segment. In 2020, we were at 9.6%. This year to date we are at 10.3%. Volvo is no longer a niche brand. It has become a genuine alternative to the German brands.”

It has done so with ICE cars. That growth will have to be sustained electrically in the future. There is some appetite for it. Later this year Volvo Car SA will launch the all-electric XC40 P8 Recharge. Maruszewski says the 15 of these vehicles that have been allocated to SA so far have all found buyers. Deposits on the R1.2m cars have been paid in full.

The Recharge can travel 418km between charges. The purchase price includes a home charger and cables. In addition to the usual manufacturer warranty and maintenance plan, three years of comprehensive insurance are included.

To complete the package, buyers will also have access to a petrol car for two weeks a year.

That’s because Maruszewski understands the possible frustration of recharging on long journeys. It’s claimed there are charging stations no more than 200km apart on all SA’s major national roads, but he says: “With petrol cars, you fill up when you’re empty. With electric cars, you fill up when you can. Even if your range is much more than 200km, you don’t take a chance. You stop and charge every 200km. Each time will take you about 30 minutes. So, if you drive from Johannesburg to Cape Town, that’s another three to four hours of travel time – more, if you arrive at a charging station to find a car in front of you.”

Use of a petrol car will permit at least one hassle-free holiday each year.

Of course, that’s not a long-term solution. Eventually there must be many more charging stations around the country. Maruszewski says:  “There are people willing to invest in the network but they want to know how big it – and the electric-car market – will be in the next five years.”

It’s already talking of reducing taxes and duties. He says it may also have to subsidise prices temporarily, as other governments do.

His confidence in the future of the local market will bring a succession of electric Volvos in the near future. He believes Volvo’s complete commitment to the technology will set it apart in consumer minds.

The brand has a history of market differentiation. For years it has marketed its cars as the safest in the world. Maruszewski says: “We still enjoy that reputation, and now we are seen as leaders in other technologies, too. The old image of boring cars has also gone. Volvos are now a pleasure to drive.”

Locally, the company has done much to overcome a reputation for poor Volvo resale values, thanks to the introduction of guaranteed trade-in prices. “That’s made a big difference,” he says. “It has given customers a lot of confidence.”

Volvo Car SA has 20 dealers at present. Pre-Covid plans to install new ones in Cape Town, Durban and Centurion were put on hold when the pandemic wrecked the new-car market.

Maruszewski says: “That was not the time to be diluting the [market]. We had to protect the profitability of our existing dealers.”

The new ones will open when the time is right. There are also tentative plans to open a number of regional non-sales service centres, including one in Klerksdorp in the North West.