It's always the same: when the rand drops like a stone, most South Africans with cash fall over themselves to get money offshore 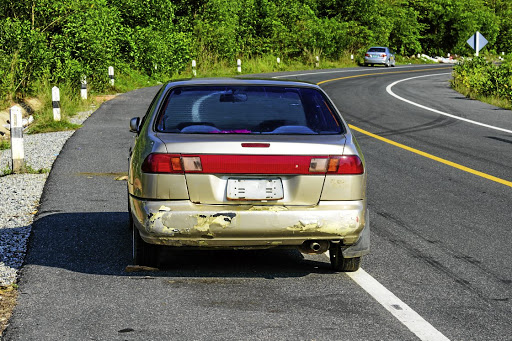 There’s an old joke about a travelling salesman who wants to sell the 20-year-old car in which he had criss-crossed the country. Unfortunately, nobody responds to the ad on AutoTrader, probably because the vehicle has done in excess of 500,000km.

So the salesman comes up with a cunning plan: he takes the old rust bucket to a mechanic to get the odometer wound back. A couple of weeks later, he meets a friend who asks how it’s going with the sale of the car. He responds: "Why would I ever want to sell it? It’s only got 5,000km on the clock!"

I’m reminded of this story every time the rand starts strengthening against the world’s major currencies.

From a low of more than R19 to the US dollar at the height of the Covid crisis last year, the rand has now appreciated more than 40% in a little over 14 months – a great performance in anyone’s book. Which does, of course, mean that more and more people are starting to sing the rand’s praises with each passing day.

Just last week, I saw a bar chart showing not only the strong performance of the JSE over the 12 months to the end of May (55% in dollar terms), but also how the SA market had managed to beat every G7 member over this period.

The winning margin varied from 10% relative to Canada (the member of the G7 which came closest to SA) to nearly 35% in the case of Japan (which happened to be the biggest laggard within the G7 over the year in question).

It doesn’t take a genius to figure out that most of the JSE’s outperformance, as measured in hard currency terms, can be attributed to rand strength.

It’s always the same: when the rand drops like a stone, most South Africans with spare cash fall over their feet to get money offshore – with the benefit of hindsight, at the worst possible time, of course.

And when we see the currency appreciating, the exact opposite typically applies: inertia kicks in, as people celebrate the mighty rand and forex transfers seem to dry up overnight.

Analysts start extrapolating the trend, with the inevitable conclusion that diversification into dollars or pounds no longer makes sense … not unlike our salesman falling back in love with his old clunker.

At both extremes, investor behaviour ultimately boils down to being a perfectly reliable contrarian indicator.

In September last year, I listened to a podcast featuring veteran investor Dave Foord. Few industry professionals match him for experience; his long-term track record is not half-bad either.

And what stood out more than anything in this interview were some rather pessimistic thoughts on the SA currency.

Foord pointed out how the dollar had gone up 20 times against the rand since he started his own business at the beginning of the 1980s (when R1 actually used to buy you more than a dollar — $1.32 was the exact number he quoted).

Against this background, he suggested that the rand could depreciate to a level of R350 against the dollar in another 40 years’ time (which would represent a similar 20-fold change over a comparable period).

Is this too bearish a view? Perhaps.

The gap between the inflation rate in SA and the US is not nearly as wide as it used to be; in terms of purchasing power parity (which is just one of the many theories used to analyse long-term currency trends), back-of-a-matchbox maths would therefore not seem to support Foord’s prognosis for the rand.

Having said that, we also know from hard experience that movements in the rand are affected by factors other than simple inflation rate differentials. GDP growth (or lack thereof), political risk, and investor sentiment (to name a few) all play a part.

To illustrate, look no further than December 2015 when Nhlanhla Nene, well-respected SA minister of finance, was removed from office by President Jacob Zuma and replaced by ANC backbencher David Des van Rooyen (even if it was just for the weekend, nê?). The rand promptly fell by more than 5% against the dollar in less than a day.

The dubious appointment was revoked practically overnight, but the currency still took nearly eight months to recover from the shock.

Which brings me back to that second-hand car: anybody looking for a 2001 Honda Ballade in near-mint condition? Leather seats, mag wheels, fur on the dash … and most importantly, it has only 5,000km on the clock! Our enterprising salesman may even accept rands for it.

SA's 3%-6% target range was still higher than that of its peers, many of which have lowered their inflation targets in recent years
Business
3 months ago
Next Article