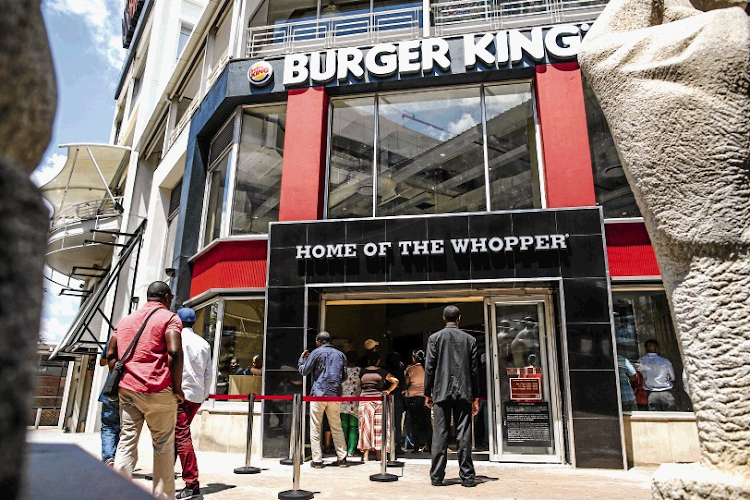 The Competition Commission’s decision to block the R500m takeover of the domestic operations of Burger King may have far-reaching implications for merger & acquisition (M&A) activity in SA —  and will more than likely be tested in court.

The commission vetoed the deal as the empowerment credentials of the buyer —  private equity group ECP Africa, which has offices in Washington, Abidjan and Joburg — fell below those of the seller, one of SA’s most venerable empowerment companies, Grand Parade Investments (GPI).

It’s not as if ECP Africa doesn’t have the expertise. It has been active on the continent for 20 years, and has raised more than $3bn for investment in 60 companies in 44 African countries, but the commission says its poor BEE credentials are a deal-breaker.

GPI argued the deal should go ahead, as it needs the capital to reduce its debt and resume paying dividends to investors, more than two-thirds of whom are black.

But the commission was unmoved by GPI’s needs. Rather, it claimed, it’s just doing its job.

It was a curious decision, since the commission had no real concerns that the deal will affect either competition in the quick-service restaurant sector or lead to job losses.

Instead, it blocked the deal on one of five public interest grounds in terms of the Competition Act. And it is the first time that a takeover has been prohibited on the basis of shareholding of the acquirer.

Tamara Paremoer, head of M&A at the Competition Commission, said firms bidding for assets must either comply with BEE requirements, or propose alternatives — such as involving firms with BEE credentials in its supply chain or setting aside shares for workers.

Paremoer cited PepsiCo’s example, where it committed R1bn to a share ownership scheme for workers when it bid to buy Pioneer Foods, as one way of making up for a low BEE score.

But ECP and GPI argued that actually, plenty of far-reaching promises  were made.

For example, ECP Africa had promised to spend more than R500m to develop new Burger King outlets, raising the number of stores from 90 to at least 150 and employing more than 1,250 historically disadvantaged people in the process. And it committed to raising procurement from black suppliers by 30%, to about R930m a year, while making 5% of its shares available for an empowerment ownership scheme.

And yet the commission reckoned this was inadequate. “The proposed merger cannot be justified on substantial public interest grounds,” it said in a statement.

“The irony here is if you are a black-owned business and want to dispose of assets, you are more prejudiced than a business that is white owned and controlled. On this interpretation of the Competition Commission, you would need to sell to a business that has equivalent ownership credentials,” he says.

This would be a major policy shift, imposing rigid strictures on all future corporate deals in SA. And it would severely limit the potential market for a company looking to sell assets — which isn’t exactly the easiest thing anyway.

As it is, GPI announced its intention to sell Burger King in SA in 2020, and it was only able to announce a deal in June — implying that it was hardly overrun with potential suitors.

“This could lead to a variety of unintended consequences, including the signal this interpretation of the law sends to potential foreign buyers of domestic assets,” says Norton.

The message is that foreign investors should think twice before ploughing money into SA — which can surely not have been the intention when the law was crafted.

The global economy may be in recovery mode — led by China and the US — but in vaccine-lite SA, even a 4% bounce off last years 7% will do nothing to ...
Opinion
1 month ago

BRUCE WHITFIELD: Absa, unlike SA’s other banks, can’t get a CEO to stick

This fallout means that in future, Absa’s board will be taking a long hard look at the way in which it appoints Daniel Mminele’s successor
Opinion
1 month ago

In an open letter to South Africans he says he has hope for the country, and that to be successful in retail, a company must care about the community
Opinion
3 months ago
Next Article

Savca criticises Burger King decision for its risks to investment

HILARY JOFFE: Does Competition Commission need a finger in every pie?

Savca criticises Burger King decision for its risks to investment

HILARY JOFFE: Does Competition Commission need a finger in every pie?