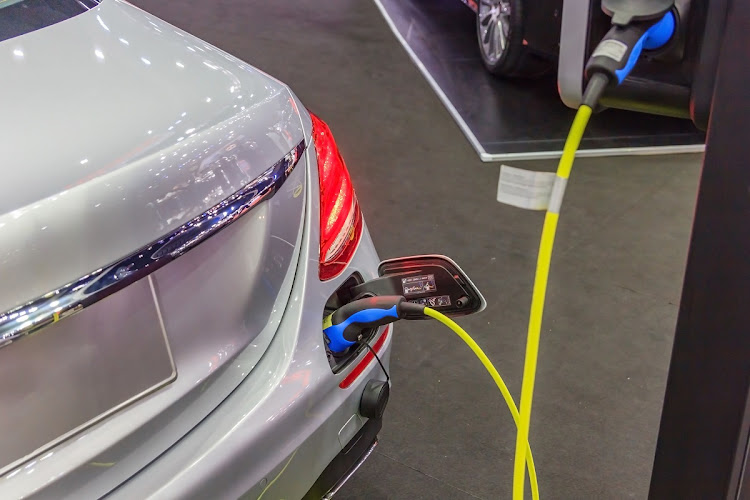 Eight years after unveiling a “roadmap” to plot the creation of an electric vehicle (EV) manufacturing industry in SA, the government has finally nailed its colours to the EV mast.

Former trade & industry minister Rob Davies announced the roadmap in May 2013, promising “demand stimulation, public education, investment support and an accommodative regulatory framework” to encourage both the manufacture and sale of EVs.

This week his successor, Ebrahim Patel, moved to finally deliver on that promise by publishing a preliminary policy document. Proposals include additional incentives for EV production and duty cuts to make vehicles affordable for SA consumers.

The “First input towards the development of the auto green paper on the advancement of new-energy vehicles in SA” invites public comment by the end of May. Patel hopes to present firm proposals to the cabinet by October.

It’s anyone’s guess when actual policy will be implemented. However, it would be unfair to suggest that, when it comes to EVs, policymakers have been sitting on their hands since 2013. That was the year the government’s incentive-driven automotive production and development programme (APDP) was launched.

An updated version will come into being on July 1 this year, as part of a broader SA automotive masterplan to double the size of the motor industry by 2035 and increase the participation of black companies.

Masterplan documents show that EVs have been part of the discussion almost every step of the way. The problem, as one report stated, is that no one is sure what the future holds.  “Specific technology changes … over the next few years are still not certain.”

Except, now they are. For the immediate future at least, electric power has been crowned king, with hydrogen a future royal pretender. The traditional internal combustion engine (ICE), fuelled by petrol or diesel, is headed for the executioner’s block. Driven by environmental considerations – mainly the need to curb exhaust emissions and use of fossil fuels – many of the world’s major markets plan to ban the sale of new ICE cars in the next few years.

That could have devastating consequences for the SA motor industry, which exports over 60% of the vehicles it builds, mainly to Europe, where the anti-ICE movement is strongest. In 2020, 73% of SA vehicle exports went to Europe. Throw in components and 60% of SA’s total R175.7bn automotive exports ended up in the EU.

EVs are already making major inroads into Europe and other markets. Last year, as the global new-car market slumped 14% because of Covid, EV sales grew 39% to 3.1-million. Forecasters think this will grow to 30-million by 2028 and that EVs will make up nearly 50% of all car sales by 2030. Patel’s policy document says EVs are forecast to account for 40% of European sales by 2030 and 80% by 2040.

EVs come in various forms. There is the basic “hybrid”, in which a petrol engine continuously recharges the electric engine. There’s a plug-in hybrid, which requires recharging from external power sources. And then there’s the all-electric version, which also requires recharging.

Patel and his advisers are betting that the last of these will ultimately dominate. However, they are also hedging their bets on hydrogen. He said this week: “SA is well positioned to become a key player, with our reserves of platinum group metals used as a catalyst in green hydrogen fuel cells; as well as vanadium used in battery storage technologies.”

The policy document adds that SA needs to make better local use of its many raw materials; the word “beneficiation” isn’t used but is implicit.

Patel has appointed Toyota SA chair Johan van Zyl, who recently retired as head of Toyota Europe, to prepare a report on what he calls the “green hydrogen economy”.

None of this means ICE vehicles face imminent extinction. They will be around for decades to come, but in shrinking numbers.

Most countries’ immediate EV plans involve cars and vans. Electric truck development is not as advanced and it’s not clear yet when commercial vehicles will be subject to the same restrictions. It’s one thing to quickly recharge the battery of an electric car beside the highway, quite another to do the same to a long-haul truck with a battery many times bigger.

Pick-ups (bakkies), one of SA’s major exports, are deemed commercial vehicles in many markets, where they are exempt from EV car plans.

Whatever is included, SA can ill afford to lose exports. The UK, SA’s single biggest market for vehicles, is one of several countries planning to outlaw ICE cars from 2030. That’s nine years away – slightly more than the seven-year lifecycle of most modern cars and less than the typical 11-year bakkie lifecycle.

No wonder BMW SA CEO Peter van Binsbergen is desperate for an EV model in the next X3 SUV range, due to be manufactured here from 2025. It will still be going strong when the UK slams the ICE door.

Volkswagen SA (VWSA) takes a different view. Its Polo and Vivo are also due for replacement in 2025 but despite the UK being VWSA’s biggest export market, the company has no plans to go electric. German plants will supply the needs of EV markets and VWSA will be allocated others for its ICE products.

Mercedes-Benz SA is currently the only local company to build EVs – C-Class hybrids, in limited numbers and all for export. Toyota SA will start building for the local market later this year with the launch of its Corolla Cross.

Engineers say the manufacturing transition from ICE to EV is not traumatic. Paintshop and bodyshop operations are unaffected and changes to the assembly process – including some additional work stations – are easily manageable.

The difference is the engine. VWSA and Ford Southern Africa (which builds the Ranger bakkie) are the only local companies currently assembling their own. Others import fully built units.

That will be a problem under the automotive masterplan, which wants companies to increase local content in their vehicles from an average 40% now to 60% by 2035. With engines already accounting for nearly half the price of a vehicle, that’s a massive challenge with ICE cars. With EVs, say engineers, it’s almost insurmountable. According to one, a basic hybrid engine costs R80,000 more than an ICE, a plug-in hybrid R160,000-R170,000 more and a full-electric engine up to R300,000 more.

These would be in addition to other, standard automotive components already under consideration for localisation.

APDP incentives under the masterplan from July 1 will be based on the value of local content in the manufacturing process. The technology is irrelevant. Nevertheless, Patel thinks some additional EV inducements might be in order.

One idea is that imported EV components identified for local production might be imported duty-free during the transition process. There is concern some incentives might breach World Trade Organisation rules so it has been suggested that equivalent components in imported vehicles might enjoy the same benefit, thereby reducing the overall duty burden of the vehicle.

What is clear is that EV prices must come down.  Their price premium is considered the main reason for their lousy SA market record; fewer than 5,000 have been sold in the past 10 years.

SA has so far refused to offer EV tax and cash-back incentives offered in other countries. Now the government says tax and fringe-benefit breaks might be feasible to stimulate the market. Such breaks might be available for up to five years.

The government is also negotiating with the EU to correct an import duty anomaly. The current trade agreement allows SA to import ICE vehicles at 18% but EVs at 25%. That’s because the latter were not an issue when the deal was signed. SA wants it updated.

Price isn’t the only reason for low EV sales. The prospect of having to regularly recharge vehicles in a country with an unreliable electricity supply is not encouraging. Neither is the lack of charging stations around the country. There are fewer than 300 in total. These will have to increase to several thousand. The plan is for most stations to be solar-powered, so they are unaffected by Eskom’s failings.

Some oil companies are considering charging stations on their station forecourts. While Patel says the government will set standards, he says: “The private sector should play a key role in enabling such development, on commercial terms.”

Power moves in the car market

Power moves in the car market

Capitec share falls after news a BEE deal may dilute ...