Nobody seems prepared to be the first to actually leave WhatsApp, even though everyone loves to hate it 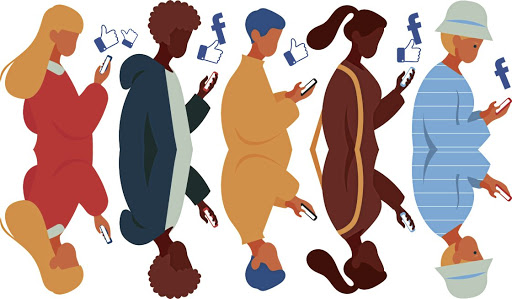 Do you know anybody who is on Facebook? Neither do I. Perhaps I should rephrase that. Of course, most of us are technically (still) on this social media platform, having registered a profile when it was all the rage 15 years ago. And we all know that once you’re in, you’re in, even if you decide to stop posting pictures of your cat — it’s more than just a formality to deactivate your account.

But nobody is using it any more, right?

Start typing "delete" into Google, and two of the first three suggestions that will come up before you’ve even completed the word relate to getting rid of your Facebook and Instagram accounts respectively (just two of the company’s many brands … do I spot a trend here?).

All of this seems to suggest that it’s easier to break into the Facebook stable than to escape from it. It’s like the Hotel California: you can check out any time you like, but you can never leave …

Not that former US president Donald Trump has any such problems: he has of course been banished to Facebook jail after the storming of the Capitol in January, having fallen foul of the platform’s community guidelines by inciting violent insurrection.

Even the platform’s oversight board couldn’t save Trump. This body consists of 20 holier-than-thou members from around the world, including a former prime minister of Denmark, a Nobel peace prize laureate and professors in human rights and law from as far afield as Taiwan, Brazil, India, Hungary and Australia. They deliberated Trump’s fate two weeks ago and decided to rule against his reinstatement for another six months.

In response, he has launched his own communications platform with much fanfare. According to an announcement, the website, called From the Desk of Donald J Trump, will be "a place to speak freely and safely", and will give him the ability to communicate directly with his followers. The rest of us call that a plain old blog.

As it happens, there was perhaps a more significant news item relating to Facebook which broke the same week the oversight board ruled on Trump: WhatsApp (which is of course part of the same group) announced the relaunch of money transfers between its 120-million subscribers in Brazil; this, after it had been blocked by the country’s central bank a year ago.

Nobody seems prepared to be the first to actually leave WhatsApp, even though everyone loves to hate it

Users in the country can send each other up to 5,000 real per month via the platform (about R13,400 at current exchange rates), free of charge.

The same service has been active in India, WhatsApp’s biggest market with 400-million users, since November last year.

I understand that SA disruptor Clickatell is a world leader in this technology and is ready to introduce it to this country (and several others) as soon as WhatsApp allows it.

Payments will never be the same again. Imagine the ease of sending your niece on the other side of the world a nice WhatsApp with smiley emojis for her 16th birthday, and adding a cash amount of your choice (in any preferred currency) to the same message. No more bank account details or sort codes, just a mobile number and a tap on the send button of your phone. One wonders what the Reserve Bank might say about possible exchange control implications.

WhatsApp is apparently another service which "everyone" is desperate to leave. It’s a year since I installed Signal on my phone on the recommendation of a dear friend who warned me against the very grave privacy issues related to WhatsApp. Since then, more than a hundred of my contacts have also joined Signal. And how many messages have I received via this much superior, encrypted platform in 12 months, I hear you ask. A big fat zero.

Nobody seems prepared to be the first to actually leave WhatsApp, even though everyone loves to hate it.

This is of course just one of the many strings to Facebook’s bow. With more than 2.8-billion users across its platforms, two-thirds of whom are active at least once a day, the company has a global customer base like no other. That’s a whole lot of "nobodies" to aim at when launching the next digital advertising campaign.

And the numbers keep growing. Last month, the company reported earnings which had nearly doubled over the previous year. Given that the share continues to trade at a discount to the market, it sounds like one of the more compelling technology exposures in a global equity portfolio — especially after the recent sell-off.

All of this goes to show that you and I (and Trump, of course) not being on Facebook must be totally unique. Just like everyone else.

Show me someone who says that they managed to forecast the 2020 playbook accurately, and I’ll show you a liar
Opinion
7 months ago

Value investing is a bit like wearing masks, and Brexit, and Donald Trump: it divides opinion
Opinion
9 months ago

While Zoom happened to be a convenient platform, the counterparty was using the free version
Opinion
11 months ago
Next Article