Ensconced in a blissful canyon of media silence 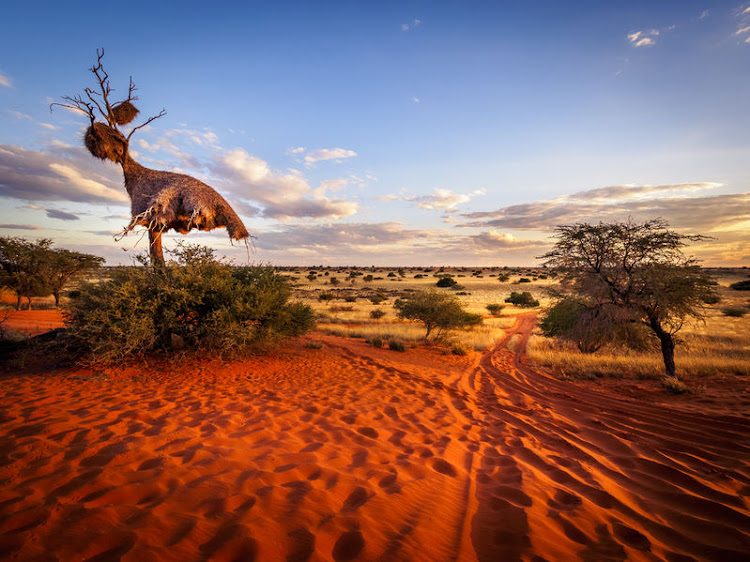 There’s a special magic to be found in trudging across the more remote reaches of Namibia.

It’s the softness of the morning light, picking out the myriad shades that give nuance and texture to a landscape that’s burnt out by noon. It’s the barrenness, at once stark and unforgiving, and hauntingly beautiful. It’s the size of everything – wide open spaces; towers of rock – that gives a much-needed sense of place and proportion.

Mostly, though, it’s the silence: thick, sustained and glorious.

Which is why, after a week of being blissfully incommunicado in the wild, the jangle of my return to internet connectivity at the Nakop border post was particularly jarring. The next challenge was sifting fact from fiction.

In the five minutes it took to get my Covid test results at the border (shout out to the National Health Laboratory Service) I learnt chief justice Mogoeng Mogoeng had left the building (fact) because of external interference in the judiciary (fiction ) or because he wouldn’t sign an arrest warrant for former president Jacob Zuma (fiction).

The truth, as the Sunday Times’s Franny Rabkin points out, is so much more mundane: Mogoeng has taken long leave due to him ahead of his retirement from the bench in October.

But when the facts in the national news cycle so often border on the fantastical, it’s easy to see how people are misled. Take the ANC, for example.

In the week I was away, the party suspended secretary-general Ace Magashule. He in turn suspended his suspension, while also suspending the suspension of everyone else suspended under the party’s “step-aside” rule.

For good measure, Magashule also tried to slap a suspension on President Cyril Ramaphosa, citing spurious rules while bestowing seemingly divine authority on his self-reprieved self.

Welcome to the ANC, the show where all the rules are made up and it’s point-scoring that matters most.

At last count, the country was waiting to hear if Magashule would apologise, or whether the party would be pushed to take further action against him.

Either way, the balance of power has tilted well out of his favour – and it’s unlikely to swing back, as FM deputy editor Natasha Marrian notes in her take on the matter.

Meanwhile, City Press reports that the party’s national executive committee only received “step-aside” lists from seven provinces: the Free State was unable to compile a list, given that it has no leadership to speak of (it was disbanded by court order); and Gauteng believes it has already dealt with any impropriety among party members. A likely story, indeed.

It makes for delightful farce. But while it’s easy to become captivated by the minutiae of the machinations of the ruling party, doing so risks missing the bigger picture.

One need only drive along the N14 from Nakop to Kuruman and Vryburg, on through Welverdiend and Merafong, to see the failings of the ANC-led government writ large. Every town you pass is in a state of disintegration: weed-choked roads are crumbling to dust, buildings are collapsing, railway sidings resemble post-war ruins.

Small town poverty, desperation, lawlessness and accelerated decay – that, more than anything else, is what two decades of ANC-rule has bequeathed SA.

The farcical factional squabbling offers a voyeuristic glimpse into the psyche of the party, but it’s no substitute for the real work of running the country efficiently and cleanly.

Not that the rest of the world appears to be faring any better – at least not in the news stakes.

While in the border queue, I also learned of 40-plus bodies washing up on the banks of the Ganges River in India. An ill-prepared public health system in that country has buckled under the ravages of Covid – not helped by a government more concerned with its hold on power than the plight of its people.

A shortage of wood for pyres and the rising cost of Covid funerals has reportedly forced the poor to place their dead in the river in lieu of traditional cremation. (It’s worth reading Arundhati Roy’s slightly older take in The Guardian to get a sense of the horror shrouding the country.)

Then there was Chinese space junk – “a 10-storey cylinder weighing 23 tons empty” – falling back to Earth at a place and time unspecified. It turned out that most of the Long March 5B rocket booster burnt up on its “uncontrolled re-entry”, with the remnants landing harmlessly near the Maldives, the New York Times reports.

This wasn’t like last year, when the debris from the first such rocket damaged buildings in an Ivory Coast village. And that’s not the end of it. China will apparently be Long Marching all the way through 2022, so expect more rockets raining down on locations unknown.

Also, a major US fuel pipeline was shut down after a ransomware attack by the innovatively named DarkSide cybergang. Cue panic buying along virtually the entire east coast. That may not be quite what DarkSide planned – a statement purported to be from the group claims its “goal is to make money, not create problems for society”, says Reuters.

In any event, the US Consumer Protection & Safety Commission has helpfully warned consumers to “not fill plastic bags with gasoline”.

Elsewhere, we have a mooted return of the death penalty by firing squad in South Carolina; and protests near al-Aqsa mosque in East Jerusalem – a prelude to the worst conflict Gaza has seen in years.

Take me back to a comms-free canyon, please.

*De Villiers is the features editor of the FM

What Sexwale never offered, not even once during his extended diatribe, was proof
Opinion
1 month ago

The ANC apparently has a ‘cadre policy’ and a ‘deployment policy’, and they’re not the same thing. If you’re understandably confused by that, it ...
Opinion
2 months ago

Now is not the time to drop our vigilance. There’s just too much at stake
Opinion
2 months ago
Next Article