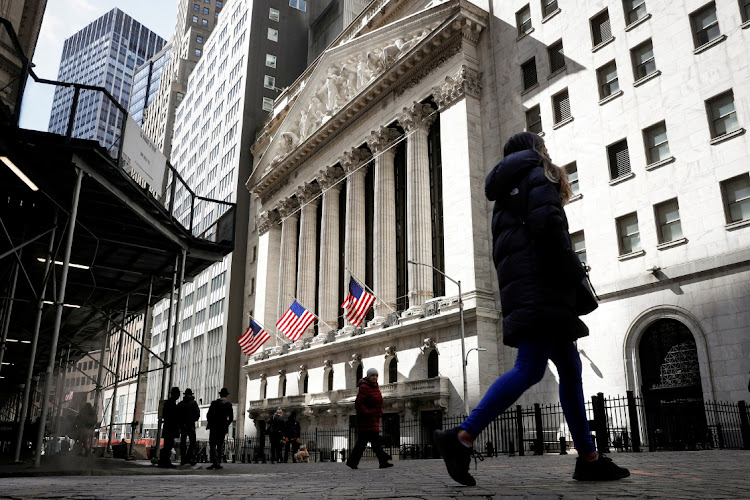 Just when you thought you had the “buy low, sell high” adage down pat, this happens.

Companies – largely in the US but also in Europe – are preparing, writes the Financial Times (FT), “to launch a record wave of share buybacks as executives get comfortable with spending excess cash following a blockbuster earnings season and greater clarity on the trajectory of the world economy”.

With many of their share prices at record levels thanks to a monster run since last March, US companies have announced $484bn in share buybacks in the first four months of this year.

According to US investment bank Goldman Sachs, it’s the highest such total in at least two decades.

The FT goes on to say that the pandemic encouraged companies to hoard cash in case of a long Covid-induced downturn. But, in what its analysts call a “buyback bonanza”, the bank “projected that shares repurchases by US companies would increase 35% this year from 2020”. You can read that story here.

While they help flatter a company’s earnings per share, given that there are fewer shares in issue, they can also be an indication that the company has run out of options to invest the cash on its books.

Still, it’s a nice(ish) problem to have. And you’d hope that most company executives have a good feel for whether their share price correctly values or undervalues their company.

But this isn’t always the case.

Take Anglo American’s decision to spend money buying back its shares at the top of the previous commodity cycle, when former CEO Cynthia Carroll splashed out about $10.5bn buying 212-million of the company’s own shares.

Only, it did this at a high point in the cycle, when arguably its share was expensive. As soon as commodity prices collapsed — as they always almost do after an over-excitable run — Anglo’s shares sank, irrespective of the buyback.

The miner could have used that money to pay off its considerable debt. Or it could have bought shares then, when the stock was ridiculously cheap.

Instead, it was forced into a series of brutal cost cuts, and passed on its dividend to shareholders, which, as mining website Miningmx wrote at the time, was “the South African equivalent of Lehman Bros going bankrupt”.

But others take a different view on the buyback issue, and there’s a nice read on that here.

This is all happening just as, finally, inflation is spiking in the US.

Consumer prices, released yesterday, rose 4.2% year on year in April. Prices of used cars and trucks jumped as much as 10%. Unsurprisingly, the inflation reading rattled markets, driving the S&P 500 down 2.2% and the Nasdaq 2.7% lower.

This is not a surprise because if prices continue to rise, the US Federal Reserve will at some stage be forced to hike interest rates, thereby throttling back the easy-money gusher that has helped the US economy (and its stock market) through the worst of the pandemic.

Curiously, however, the inflation number didn’t have much effect on bond yields, which suffered a series of their own convulsions about two months ago on these exact inflation fears. When the actual numbers rise, nothing happens. Go figure.

“The thinking is these price increases are still transitory... [Otherwise,] the bond market should be more concerned about it, and it's not,” Patrick Leary, chief market strategist and senior trader at Incapital in Minneapolis told Reuters.

But as the FT’s Katie Martin notes, sardonically, in this column, “making predictions is foolish, but I am prepared to stick my neck out here: the next move in US interest rates will be higher, not lower”.

Her premise is that this will be a testing time for investors, who will need to keep their nerve against the backdrop of an extraordinarily thin-skinned market that can’t seem to bear the thought that monetary policy should tighten at all — even if it’s because higher inflation means the economy is in a much healthier place now than it was last year.

As she writes, “while the central bank has committed to keeping policy super accommodative even in the event of above-target inflation, some rate setters have started mentally preparing the market for an eventual return to normal. The past few days and weeks show that investors are going to have to learn to live with this.”

While we love the good times, and the effect this has on profits for JSE-listed companies like Kumba, Anglo American and BHP, the fear that this will ...
Opinion
4 months ago

Astral Foods recently won a crucial victory in its battle against the Lekwa municipality. The FM spoke to CEO Chris Schutte
Opinion
5 months ago

Buyers of bitcoin have been spectacularly rewarded. Yet some still ask: what sort of asset is cryptocurrency really?
Opinion
5 months ago
Next Article