SARAH BUITENDACH: Heavy petting — love your animals, and invest in them too 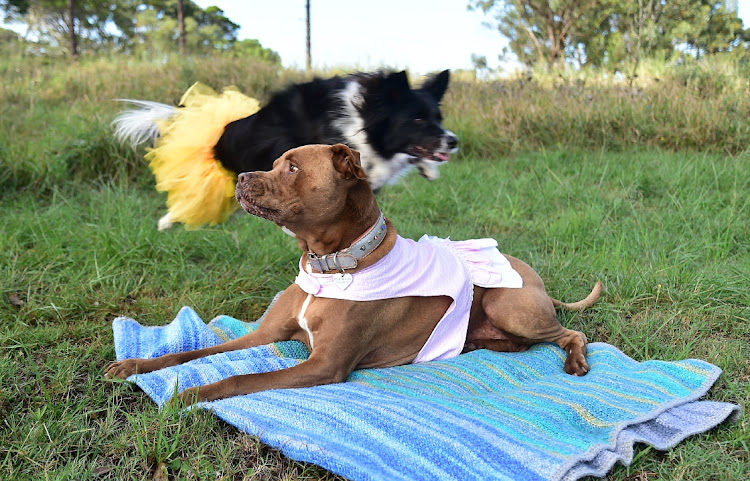 As usual, the chihuahua representative is yapping on about something. The Siamese contingent are looking disdainful, but have been forced to concede that the hamsters getting off their wheels and joining the gathering shows an improvement in their work/life balance.

The canary keeps nodding off, and as for the goldfish, well, they’re here to party until they forget.

In this top-secret underground lair, the pets of the world have put aside their differences and gathered to congratulate themselves for coming up with the coup of the ages, code-named “Covid”.

Thanks to the clever little virus, the pets have had their humans at home almost all the time over the past 18 months. The result: soaring incidences of scratches and snacks, warm laps to lie on and computer keyboards to endlessly obscure. They have mastered their masters — and it’s magnificent.

Now that might be an imaginary scenario, but we all know our animals have loved having us around since the pandemic hit. There have been more walks, playtime with the children, and constant attention.

Not that it’s been unrequited: humans have found solace in the adoration of their pets too.

It’s not just us mortals who feel this way. Over the weekend, former US first lady Michelle Obama posted on Instagram that the family had lost their dog, Bo, to cancer. You might remember the photos of this much-loved canine celeb living his best life at 1600 Pennsylvania Avenue during 44’s two terms in office.

Of the Portuguese water dog, Michelle Obama said: “This past year, with everyone back home during the pandemic, no-one was happier than Bo. All his people were under one roof again — just like the day we got him. I will always be grateful that Bo and the girls got to spend so much time together at the end.”

Barack Obama added: “For more than a decade, Bo was a constant, gentle presence in our lives — happy to see us on our good days, our bad days, and everyday in between.”

Instead of the usual headlines of corruption, spin and false promises, it was heartening to see a politician revealing a streak of humanity. The Obamas aren’t perfect, but you’ve got to concede that a love for animals scores them major points.

If you’re not convinced that pets really do add that much to our lives, perhaps think of your pocket. An article in Britain’s latest The Week magazine reports: “More than 3-million UK households have bought furry friends during the pandemic, prompting shares in the UK’s Pets at Home group to jump 76%.”

It’s a similar story in the US, where one pet-focused exchange traded fund (with the ticker PAWZ) has soared 79% over the past year and a bit. As Kuros Associates’ Tancredi Cordero points out: “Dogs purchased now will live at least a decade.”

In other words, those who bought pets during the pandemic have many years of spending ahead.

Bloomberg agrees.  As the news service explained last week: “Animal health companies are getting a big boost this year thanks to young consumers spending more on their pets during the pandemic.”

Two pet-focused companies, Elanco Animal Health, and Zoetis, have hiked their profit forecasts in recent weeks. And pharmaceutical giant Merck revealed that sales of its companion-animal drugs increased by 26%.

It is the millennials as well as Generation Z driving this pet craze. In fact, Elanco’s CEO, Jeffrey Simmons, told Bloomberg: “Over 75% of them believe that their pets are an integral part of the family.”

I’ll raise a glass of catnip to that.

In the UK at least, there seems to be some desire to actually tackle the issue — and perhaps make social media platforms somewhat accountable for ...
Opinion
1 month ago

Despite what your gung-ho mates say, there is a real Covid risk to being in a sealed-off, airborne tube for an extended period
Opinion
1 month ago

A cursory glance at UCT's website made me think, with apologies to Joni Mitchell, that we don’t know what you’ve got till it’s gone
Opinion
2 months ago