Thanks to a tidal wave of outrage from fans, governments and regulators, the European Soccer League plan looks dead in the water, even if it isn't giving up that easily 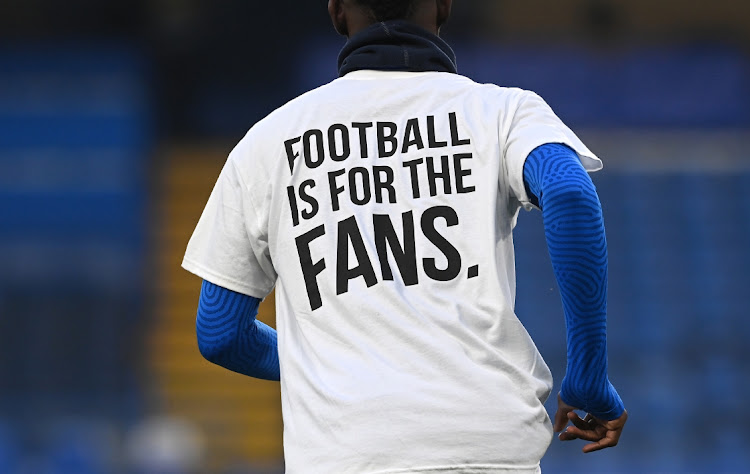 Well, this is all rather embarrassing. That European super league (ESL) is tumbling faster than an overpaid prima donna centre forward.

Yesterday, two of Italy's top clubs — AC Milan and Inter Milan, as well as Atletico Madrid of Spain — joined 6 English football clubs in pulling out of a football league that was only, er, 4 days old. In a nutshell, the idea was to have a super league composed of a clutch of permanent superstar clubs. In other words, you wouldn't actually have to win games to take your spot, with games played midweek, to fit in with existing European and domestic league calendars but ultimately, in competition to them.

Thanks to a tidal wave of outrage from fans, governments and regulators, the plan looks dead in the water, even if the ESL isn’t giving up that easily. The new league had this to say about their grand vision: "The European Super League is convinced that the current status quo of European football needs to change”. It added: "Our proposal is aimed at allowing the sport to evolve while generating resources and stability for the full football pyramid, including helping to overcome the financial difficulties experienced by the entire football community as a result of the pandemic."

While the death of the ESL would clearly be a win for fans (and the notion of sport) everywhere, it's not going to go down well with the money men who were, ultimately, behind this terrible idea.

Bloomberg has good insight in this article in which it writes that bondholders in the "niche corner of European soccer club debt" involving teams like Juventus and Inter are now "facing a number of penalties". As it explains: "instead of benefiting from an almost guaranteed stream of income, they’re now left holding the bonds of storied soccer brands dragged through the mire by their association with a deeply unpopular enterprise."

It got me thinking about the business of European club football. After all, the 12 clubs that had initially thrown their weight behind the scheme — clubs like Manchester United, Liverpool, Real Madrid and Barcelona — are the wealthiest football clubs in the world. Why on earth did they need the money that JP Morgan was so enthusiastically waving at them?

Well, the BBC has a great explainer on the economics of these clubs. In a nutshell, the ESL, it reports, was about “making the clubs involved worth more by eliminating the jeopardy of being relegated or missing out on Champions League qualification.”

The argument, it says, is that the UEFA Champions League “was a poor product — too many meaningless one-sided games between minnows and giants of European football before it got interesting.”

This is useful because you can actually invest in some of these clubs on world stock markets: Manchester United, for example, is listed on the New York Stock Exchange, Juventus is listed on Borsa Italiana, and Borussia Dortmund is a fixture on the Frankfurt Stock Exchange.

But, as it turns out, while your chosen club might give you a heap of excitement, it’s probably not been the best investment — as this handy little article, published last July, sets out.

So, for now, it’s Fans 1, Greedy Bankers 0. But you can be sure the bankers are plotting to reverse this equation.