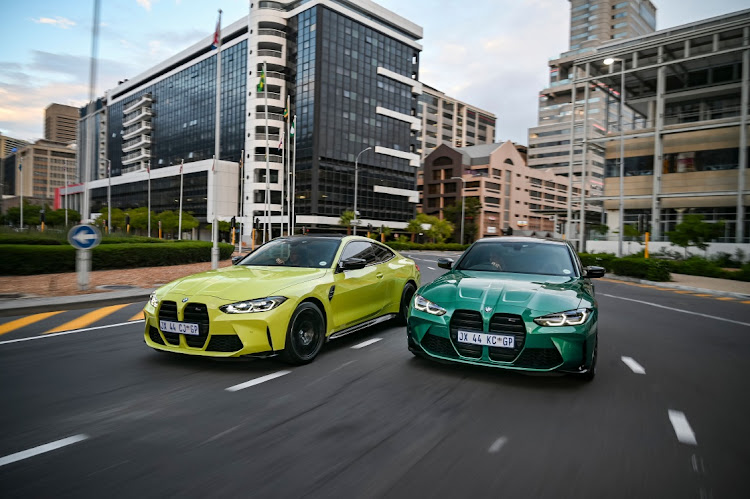 The offices of BMW SA’s CEO and the head of product planning are only a few metres apart, but it took Peter van Binsbergen 19 years and several trips around the world to complete the journey.

As the first SA-born CEO in the motor company’s 46-year history, he finally has the opportunity to put his stamp on the company.

Van Binsbergen became CEO on January 1, succeeding UK-born Tim Abbott, who oversaw a major overhaul of the company. During his six years in charge, the company spent over R6bn to switch local production from the 3 Series car to the X3 SUV, increased its export activities, turned into a major IT hub for the worldwide BMW group, and pioneered a new group marketing model.

Clearly, the market chaos caused by Covid contributed, but sales have been under pressure for some years. Many of the reasons are out of BMW’s hands. The luxury and premium car sectors have been losing market share as SA’s economic woes have pushed traditional buyers into cheaper alternatives.

Last year, while the overall new-car market shrank 30%, the premium sector lost 36%. BMW has more than maintained its share within the sector but the overall numbers are clearly of concern.

Van Binsbergen says: “We’re not going to start a fight in the premium segment.  We all have to grow it for everyone’s sake.”

The immediate worry is that BMW sales aren’t enough to keep all current dealers profitable. “We want to return to financially sustainable volumes by 2025,” says Van Binsbergen.

How many is that?

“We’re working that out at the moment,” he says. “All we know for sure is that the number is much higher than it is now.”

Van Binsbergen has been with the BMW group for more than 25 years. His first job was at BMW SA, where he was responsible for product planning, marketing and sales. He was transferred overseas in 2002 and spent the next 18 years working in different locations around the world, including China and Japan. Before returning to SA, he was responsible for customer support in Germany.

He says: “When I left SA, it was my ambition to eventually return but I never dreamt it would be as CEO.”

Despite his time out of the country, he says he retains the knowledge and “local connection” to turn sales around. How will he do it?

“You have to give people a reason to buy premium. One is the brand. At BMW, we set out to align to what the customer wants, not what suits us,” he says.

The new sales model, which gives all dealers direct access to every BMW car in the country, rather than just those on their own showroom floor, offers buyers greater variety.

Then there’s affordability – of which price is only one element. Another is cost of ownership.

Like many others in the SA motor industry, Van Binsbergen is puzzled why vehicle leasing isn’t as popular here as in many other countries. Because they pay for usage rather than ownership, customers can update to a new car every two or three years.

“Ideally, people should hold cars for three years, then replace with a new one. This creates a market for good three-year-old cars, which later turns into one for six-year-old ones,” says Van Binsbergen. “It’s a constant cycle of supply and demand. I have to understand why leasing hasn’t happened in SA.”

Those who have previously asked the same question will tell him it’s because South Africans like to possess goods. Paying for something they won’t own doesn’t crack it.

Longer term, he worries that BMW Germany’s plans for Rosslyn may be affected by SA’s lack of interest in electric vehicles (EV). Consumers aren’t buying them and the government has so far refused to incentivise either their manufacture or sales.

The SA motor industry exports nearly two-thirds of its total production and so far only Mercedes-Benz SA manufactures any kind of EV. All Rosslyn’s vehicles are powered by petrol or diesel internal combustion engines.

Some of BMW SA’s main export markets have said they will ban nonelectric cars from 2030. The next model to be built at Rosslyn, probably from 2025, will still be manufactured in 2030 so it’s no wonder Van Binsbergen says: “An electrified product is essential for us.”

The local industry is pressing the government to include EVs in its new automotive incentive policy, due on July 1 this year. Even if they are not included by then, they can be added later. He says the government is coming round to the idea that the industry must “future-proof” itself against the switch to electric mobility.

Van Binsbergen’s other priority is to continue the local company’s extraordinary growth in IT expertise. BMW SA’s Midrand corporate HQ is home to more than 1,000 specialists providing technology solutions to BMW operations in dozens of countries around the world. These range from manufacturing to sales and finance, and even include the development of self-driving vehicles.

Van Binsbergen says: “We are second in numbers only to BMW headquarters in Munich and we are likely to keep growing. People in the group say they like to deal with SA because of our ability at problem-solving. If there’s a problem anywhere in the world, we are able to fix it. That’s a great reputation to have.”

Of recorded road deaths, 57.5% are linked to booze, and only 31% of drivers and front-seat passengers wear seatbelts
Opinion
1 month ago

The dream is clear: develop a pan-African motor industry to service a new-vehicle market that will grow by 400% over the next 15 years
Opinion
1 month ago
Next Article