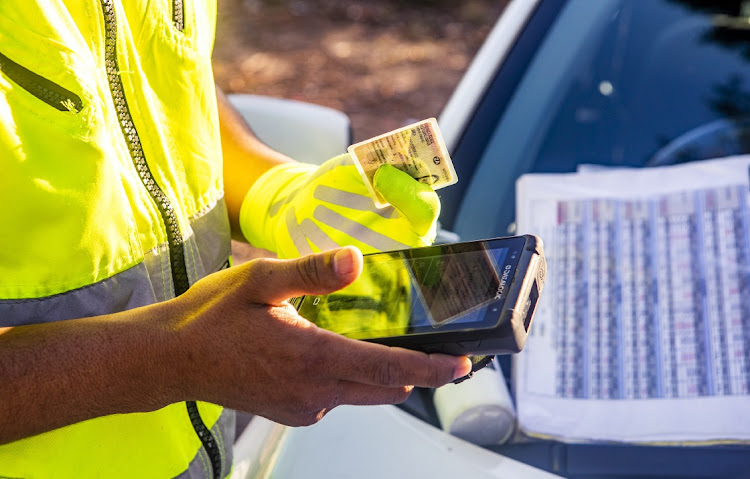 There is a simple way to elicit total fear, if not outright dread, in the average South African, and that is to tell them that they’ve got to renew their driver’s licence card.

When it comes to this five-yearly torment, there is some good news. If your card expired during lockdown last year (March 26 to December 31 2020) a validity grace period has been gifted to you that ends on August 31 2021. That buys you a bit of time to put the inevitable hassle off.

I am not one of those fortunate ones. Mine expired in February this year, which meant I had to face the music timeously. And so, dear reader, I logged onto the Natis system, for this is how all bookings for licences are now secured.

Many people say it’s impossible to get an appointment on this portal. This is not true. You might have visions of driving to Vereeniging and standing outside a licensing office there, howling until someone helps, but what you actually need to do is log on at night, midweek especially. It seems, counter-intuitively, that this is when the slots to book are freed up.

Having bagged a booking, I underwent an eye test at an optometrist, took my passport photos, ID (and a certified copy of it) and steeled myself for the ordeal. I had an ocean of sanitiser at hand, cash and a card. And I arrived an hour early.

But, Randburg licensing department — how had I forgotten? The guys who engulf your car, offering to take pics; the passive aggression for a parking spot; the sociopathic lack of signage. It is a vision of ageing 1970s buildings, dust and dull government confusion. It must be intentional — keeping all of us disorientated and thus placid.

They had changed the entrance to the building since I was there last. I found this out by asking four people, but I should have known better when I passed a bedraggled bunch of people dotted along a low-slung wall in the sun. This was the queue.

Ten people were allowed inside at a time, for social distancing reasons (which I liked), so everyone else who had a booking for a similar time just hung about al fresco for a bit.

It is a truth universally acknowledged that there is nothing to bond you and strangers more quickly than a visit to a government department. Ten minutes in and my fellow wall-sitters and I were a group with a connection entirely based on trepidation as to what lay ahead.

Our chance came up; we were ushered into a room that contained all the makings of a licence card and some other applicants, except — ominously, there was no sign of an official person.

This is when the rumour started to spread. “The machine is down”, someone said. “What machine?” I asked the man next to me. He shrugged.

Another message filtered down the line — someone came, someone left; they have gone to find a new machine. In a room empty beyond a couple of office chairs, mounting stress and those of us in the queue, we waited some more.

And then a lady did appear. She was a vision. “Follow me!” our saviour cried. We were up like a shot, traipsing behind our pied piper with jubilance.

From there, mostly it was smooth sailing — except for the one chap who could not manage the eye test and was swiftly expelled — but we all know that sometimes individuals must be sacrificed for the greater good, and so we pressed on.

In less than 10 minutes, I was done. “I wish everyone did their eye tests before they came,” said the lady. “It saves so much time.” My smug glow was blinding.

As I was standing in the next queue to pay, a woman of some seniority appeared and rained fire upon a group that was not standing far enough apart.

She pointed at a sticker on the floor that said: “Stand here and keep your physical distance.” In smaller text underneath, almost as an afterthought, it added: “We leave nobody behind!”

It dawned on me – I was in a Christopher Nolan film. When would the evacuation boats arrive? Somehow I seemed to have survived Dunkirk.

Ninety minutes after I walked into the building, I was back in the car, my temporary licence paper doused in sanitiser. I was euphoric. I Instagrammed about it; I went out for drinks to celebrate.

Six weeks later, and I have just collected the card, like they said. I waited for 20 minutes to do this, along with an 86-year-old lady and a middle-aged guy wearing surfer gear and no shoes. We all agreed it had been effortless.

The lesson I take is: if you can renew your driving licence card in SA, you can handle anything — even completing this saga again in five years’ time.

But now onto the next episode — getting a vaccination. Let’s hope our rollout plays out less like a very long war film and more like a Disney flick. Singing teapots included.

Even if you can resist the allure of a pile of wooden menus, I’m sure you’ll appreciate how items from places that symbolise happiness and good times ...
Opinion
4 weeks ago

SARAH BUITENDACH: What your email style says about you

Of course, one of the fundamental problems of e-mail is that it involves humans
Opinion
1 month ago

Investors ditch showy stilettos in favour of comfort, as the timeless Birkenstock attracts a €4bn buyout offer
Opinion
2 months ago
Next Article