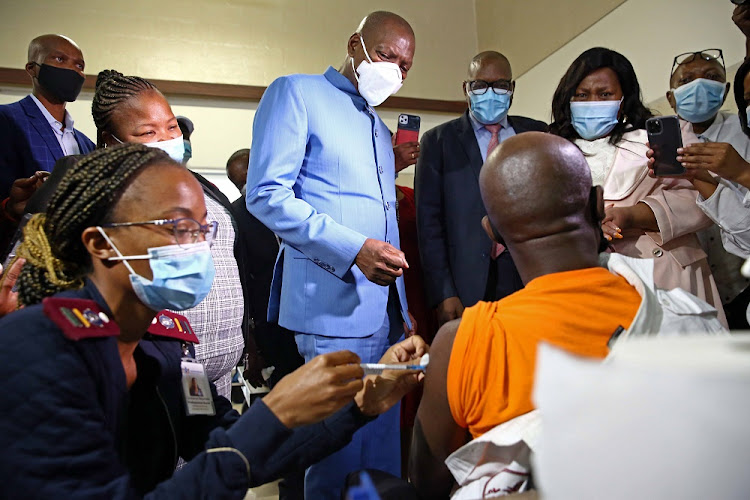 It was a week, almost to the hour, before the signing of the armistice that would end World War 1. He was 25.

Owen needn’t have been on the continent in the first place. A second lieutenant in the British army, he’d been put on home duty after suffering shell shock from a mortar blast. He’d voluntarily returned to the frontline to continue laying bare the horrors of the battlefield, offering such visceral descriptions as this (of a mustard gas attack):

If you could hear, at every jolt, the blood

Come gargling from the froth-corrupted lungs,

Obscene as cancer, bitter as the cud

My friend, you would not tell with such high zest

To children ardent for some desperate glory,

Pro patria mori [It is sweet and fitting to die for one’s country].

Owen’s seemed a particularly tragic and unnecessary death, given that the war’s end was so tantalisingly close.

There’s a parallel of sorts, in where we are now in the fight against Covid-19. As vaccines are rolled out across the world, the end of the drawn-out battle against the virus seems nearly done. And with this, each new death seems that little bit more cruel.

Paradoxically, having an end in sight – even some notional, undefined end – seems to make us less vigilant about the dangers that the virus still poses. Writing in The Atlantic, Katherine J Wu warns against Covid “cheat days” – the so-called calculated risks we take to experience a slice of normal.

Of course, Wu is writing in the US, where an average 3-million doses of the vaccine are being delivered each day, and where 110-million people have received at least one vaccine dose, and 64.4-million are considered fully vaccinated, according to the latest figures from the Centers for Disease Control (CDC).

As a result, the dimensions of the risk calculus are different: Americans are learning how to navigate a partially vaccinated world – something we can only look forward to, if we’re lucky, late this year.

Nonetheless, Wu offers a fascinating look into the ways in which people push the boundaries as the sense of danger eases: throwing parties, hosting “mixed-vaccination” events (with vaccinated and unvaccinated guests), and cutting back on the recommended two-week post-vaccine wait on the rationale that it couldn’t make that much difference.

Behavioural economist Uma Karmarkar tells Wu that where the regulations are woolly – something at which our government has proved itself to be particularly adept – there’s also a tendency “to spin ambiguity into the most favourable outcome” (pushing the definition of the “small” group, for example).

Similarly, those who think they’re “extra careful” in how they approach the virus may decide that rules around limited numbers need apply less stringently to them.

Only, all of this may only prolong the pandemic and lead to the loss of additional lives.

It’s not just that it could drive further infections, but laxity by those who’ve been vaccinated – who, for example, may not think it necessary to wear a mask in public any more – “might also be subtly signalling to others that behavioural change is expected, and good”. And it’s far too early for a return to “normal”.

In navigating the vagaries of the semi-vaccinated world, there’s a lot of uncertainty, writes Rachel Gutman, also in The Atlantic.

One rule of thumb, she says, is that “you should think less about your own vaccination status, and more about whether [those you’re in contact with] are still vulnerable to the virus”.

Sitting here in SA, of course, these all sound like “first world problems”.

After all, the only people to be vaccinated here so far have received their jabs as part of an “implementation study” for which 500,000 health-care workers in the country will receive the single-shot Johnson & Johnson (J&J) vaccine. (Bhekisisa’s Mohale Moloi and Mia Malan have compiled this explainer on the Sisonke study.)

But things are finally starting to roll. On Tuesday, health minister Zweli Mkhize announced that SA has at last secured sufficient vaccines to reach herd immunity in the country – 20-million doses of the two-shot Pfizer vaccine (covering 10-million people), in addition to 31-million doses of the single-jab J&J vaccine. There are also 12-million vaccine doses expected from each of the Covax initiative and the AU.

Now, for the logistical challenges.

As Marcus Low writes for health journalism website Spotlight, staggered deliveries will mean the vaccine is unlikely to prevent a third wave of Covid as we head into the (post-Easter) cooler months. And there’s the issue of how exactly the rollout will happen.

Low writes that much will depend on the provincial authorities (God help the Eastern Cape), and the role of the private sector remains fuzzy, as Mkhize has warned of a “revised vaccine strategy” while offering an entirely unsurprising lack of detail.

It’s encouraging that, at last, there’s movement. But the hope that generates is matched by a concern at a prevailing sense of Covid fatigue.

The stairs themselves are a something of a marvel – 210 steps hewn from the rock of Westcliff Ridge by unemployed miners. They’re 99 years old and about 98m in length, and they’re a brutal enough exercise outing to lure many a masochist from around the city.

You’d think it would be a no-brainer: heavy breathing, plus narrow walkway, plus a poor flow of natural air would mean greater adherence to masking, even if one is outdoors. Instead, if this week is anything to go by, the stairs look set to become SA’s first outdoor super-spreading spot.

Now is not the time to drop our vigilance. There’s just too much at stake.