Even if you can resist the allure of a pile of wooden menus, I’m sure you’ll appreciate how items from places that symbolise happiness and good times elicit positive memories 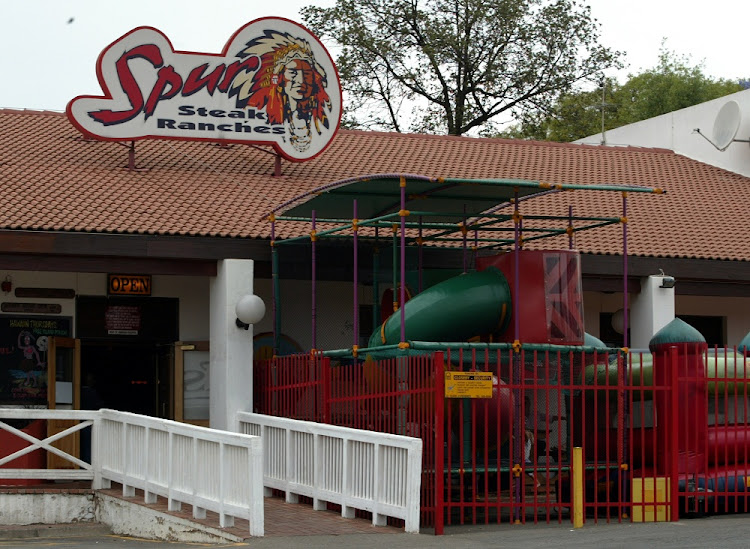 While we wait for the inevitable spike in Covid-19 infections from the weekend of Easter partying and high volume of interprovincial travelling, allow me to distract you with an amble into a land of iceberg lettuce, Thousand Island dressing and surprisingly sweet deep-fried balls of dough from the Salad Valley.

There is nothing that takes the edge off a pandemic like a mental outing to the Spur restaurants of the 1990s.

There you are in your booth, festooned by a loose interpretation of Native American medicine sticks and dream catchers. On a stucco-plastered wall are wooden signs indicating how far you’ll have to travel to get to another Spur: The Grand Canyon, The Golden Cloud, The Red Hawk franchises – they all await.

Above your head, there’s a mesmerising display of stained glass pendant lights. If Billy the Kid tried his hand at making Tiffany lamps, this would be the result.

Your memories of family lunches and dates at the Spur might seem sweet, but today, the Wild West/Native American-themed Spur interiors and branding of the late 20th century seem like a culturally appropriated car crash.

A few weeks ago, Bruce Whitfield did a great dive into the topic (and Spur’s market prospects) for the FM, and it’s certainly hard to comprehend how the chain’s Wild West aesthetic has stood the test of time.

Which brings me to a fantastic piece of Spur-related memorabilia. Over the weekend @the_whole_half commented on Twitter that she’d spotted some original Spur interior paraphernalia on Facebook Marketplace. “Should I redecorate my house as a Spur, is Spur the new Mid Century,” she asked sharply.

What she had spied was one of Spur’s original lampshades, a perplexing piece of Spur’s fibre-glass ceiling, the decorative “medicine sticks” and – this is the big one – a wooden menu from the original Golden Spur in Newlands, Cape Town.

That particular restaurant closed for good in December, but once you could get a Spur Burger there for R6.55. A hot rock rump – described as “Spur’s new eating concept that cooks itself” — would set you back a whole R19.95.

Spur: Time to ditch the tomahawk?

I soon discovered a whole lot more of Spur’s old menus up for grabs on Facebook Marketplace, as well as some balloon holders and a couple of Spur blow-up kids slides.

Now that you know it’s available, would you rush to Facebook and scoop up the Spur tat? What would you do with a menu advertising surf and turf from 1998? Would it really be just the thing to display alongside the signed photograph of the Rugby World Cup final flyover at Ellis Park in your bar at home?

I scoff, of course, but these items are actually popularly collected. There is a marvellous history of restaurant menus on collectorsweekly.com – which, of course, says as much about the rise of eating out as much as it does about social classes and economics.

“The most valuable menus were produced before 1920 or designed to commemorate historical events,” it writes.

“Menus from world’s fair expositions and from well-known restaurants tend to be more valuable, as are menus associated with movies or celebrities. So-called ‘flaws’ like stains, autographs, or personal notations don’t necessarily erode the value of menus that are particularly rare or valuable.”

Even if you can resist the allure of a pile of wooden menus, I’m sure you’ll appreciate how items from places that symbolise happiness and good times elicit positive memories and great nostalgia.

It is also an example of why the power of interiors and design should never be underestimated.

After I asked on Facebook, I was inundated with memories of the off-green colour scheme of Juicy Lucy (to complement the cheezas and glasses of fruit cocktail). At the 1990s Wimpy, you’d have found punches of American diner and asymmetrically hung images of Converse sneakers and couples drinking milkshakes. At Mike’s Kitchen, you’d have been met with gingham curtains and tablecloths, dark wood and Dom Pedros. And Bimbos, whether in Hillbrow or Durban, was a glowing orange hub of breakfast pitas at 2am.

Will the children of today look back at, say, the on-trend local design of Nando’s or café cool of tashas with fondness? Theirs are probably already more sophisticated and worldly eyes than ours ever were. Perhaps the next generation will think that old-school franchised restaurants are positively passé.

Even more apocalyptically, perhaps the importance of real spaces will pass entirely – replaced by delivery apps and drones.

Or maybe not. After all, no harassed parent looking for some respite, a glass of wine and a Spur play area will ever let that fly.

You might think that a bump in traffic down our way could be a good thing for SA. Apparently, it isn’t
Opinion
2 weeks ago

SARAH BUITENDACH: What your email style says about you

Of course, one of the fundamental problems of e-mail is that it involves humans
Opinion
3 weeks ago

The government has a chance to be proactive and get ahead of the virus. But for now, until they act, we’re trapped in limbo
Opinion
1 month ago
Next Article