It would be comforting to think that in any overhaul of the political status quo, the people who’re roadblocks to economic progress will be sidelined. But this seems unlikely 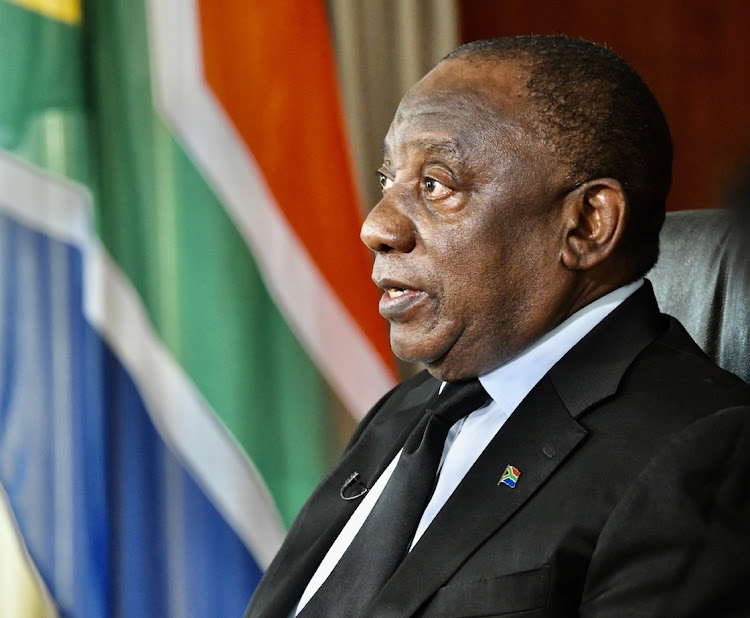 The revelation that there are people in the ANC who genuinely believe Richemont chair Johann Rupert can “summon” President Cyril Ramaphosa, or “instruct” him to axe secretary-general Ace Magashule lest he lose his “financial support” is depressing enough.

But the fact that influential politicians are evidently in thrall to the idea that “Stellenbosch” — a town of various larger-than-life personalities with vastly differing views, allegiances and incentives — is secretly running the country shows how rudimentary some of their conspiracy theories really are.

Over the weekend, the Daily News newspaper published one such far-fetched tale, claiming that Rupert “summoned Ramaphosa, former deputy finance minister Mcebisi Jonas and Old Mutual chairman Trevor Manuel, and told them that if Magashule is not removed [by the ANC’s national executive committee], then support for Ramaphosa and funding for the ANC will be stopped immediately”.

For the conspiracy-prone radical economic transformation (RET) faction of the ANC, it was a delicious tale, linking their favourite bogeymen of white monopoly capital (WMC) — Manuel, Jonas and, of course, Rupert.

The only problem was, this “meeting” never happened.

Jonas, who turned down a bribe from the Guptas, tells the FM that the entire story is “utter rubbish”.

“There was no such meeting. I haven’t seen [Ramaphosa] in a long time. It’s an attempt to delegitimise the fight against corruption, the Zondo commission and the need for structural reforms. It’s stupid, but then, politics is often stupid,” he says.

On Sunday, Rupert, too, described the story as entirely fictitious. “I have not had any contact with any of the gentlemen mentioned. It therefore follows that there was no discussion of any kind, let alone ANC matters,” he says.

But for the RET faction, it’s a snug narrative that allows its members to rationalise why so many people are opposed to policies such as nationalising the banks and expropriation without compensation: because “Stellenbosch” stands to lose so much, it desperately needs a “fighter” like Magashule removed.

In this world view, anyone opposed to RET interests is an agent of WMC —which is why Manuel, Jonas and, of course, Rupert get honourable mention.

Outsiders would, intuitively, think this looks like bad satire. But on the left fringe of the ANC, there are many such conspiracies floating about. Political reporters hear these sorts of outlandish stories all the time from senior ANC leaders — but since they can’t be corroborated (because: fantasies), these stories don’t get written.

There were many clues, however, that this particular Rupert story was fishy from the get-go.

First, there is no single ANC leader putting their name to these wild stories, only anonymous “sources”. Equally, there is no clue in the article that Rupert, Jonas and Manuel were asked about this. Nor, it seems, was Ramaphosa’s office asked.

The second red flag is that Rupert is well aware he has no power to “stop all ANC funding”.

This is for the very good reason that, even if he were to donate to the ANC, he wouldn’t be the sole funder, so he could hardly instruct any of the other funders to close the taps. It takes some serious gullibility to believe that everyone with any money in the country will immediately do what Rupert says. Almost as much gullibility, perhaps, as it takes to believe that the only source of funding for Ramaphosa comes from Stellenbosch.

The fact that the story’s foundation — that there was such a meeting — is untrue should be the end of it.

Yet this story is an illuminating insight into how the RET faction thinks, and its understanding of the financial currents in the country.

“This kind of laughable story would be hilarious, were it not so sad,” says political analyst Ralph Mathekga.

“There’s a faction of the ANC that is pushing these unfalsifiable stories, partly because they say they want to want to win a ‘battle of ideas’ in the media. But the sad part is that some of these people have real power in the party.”

In reality, says Mathekga, you can hardly say that a president who recently attacked the banks for not lending enough during Covid-19 is “beholden to WMC”.

Particularly when you consider that Remgro, the company which Rupert created and still chairs, holds 3.1% of FirstRand— one of the institutions in Ramaphosa’s firing line.

But it says much about the level of critical thinking on the extreme fringes of the ANC (and many in the party don’t think like this) that they ever considered this likely.

Yet the conspiracists still have influence

In the story, the “source” claims that if Ramaphosa doesn’t do what Rupert wants, he’ll “ensure that the media stops writing positively about the president”.

Well, don’t tell the RET crew, but Rupert doesn’t have this sort of power.

Rupert can’t even stop the media writing negative stories about him, let alone the president.

So does it seem likely that Rupert would ever say such a thing, knowing he could never guarantee it? Well, if you’re entirely ignorant of the mechanics of our financial system, media landscape or how corporate power is really wielded, maybe it would.

Says Mathekga: “Under normal circumstances, you’d dismiss these people who say these kinds of things. But in the ANC today, you can’t just do that, since some of these individuals still have influence and have been instrumental in holding back policies, like the unbundling of Eskom and selling SAA.”

“The RET faction argues that privatisation runs counter to the ANC’s policies and can’t be supported. So we have a stalemate on things that really matter, like Eskom. This faction is also well aware that Ramaphosa is a consensus-seeker, who won the ANC presidency but not the power battle. So they’re still very much in a position of influence,” he says.

It would be comforting to think that in any overhaul of the political status quo — like the looming cabinet reshuffle — the people who’re roadblocks to economic progress will be sidelined. But this seems unlikely, given the fact that Ramaphosa will opt for consensus first.

“Expect the new-look cabinet to be cut to satisfy both factions,” says Mathekga.

For the irretrievably compromised, the judgment will be a welcome political battering ram against the anticorruption agenda of President Cyril ...
Opinion
2 months ago

At each period of intense factional conflict in the governing ANC in recent years, SA’s judiciary has been the go-to whipping boy for besieged ...
Opinion
2 months ago

ROB ROSE: The rand, shaken and stirred, has survived to 60 — but imagine if Ace’s faction prevails?

If Magashule’s faction ever got their way, Mokonyane would have a whole lot more work to do to lift the rand out of the giant hole it would surely ...
Opinion
2 months ago
Next Article