The party’s RET posturing has picked up speed ahead of the weekend national executive committee meeting. With Ace Magashule’s future in the balance, that’s no surprise ... 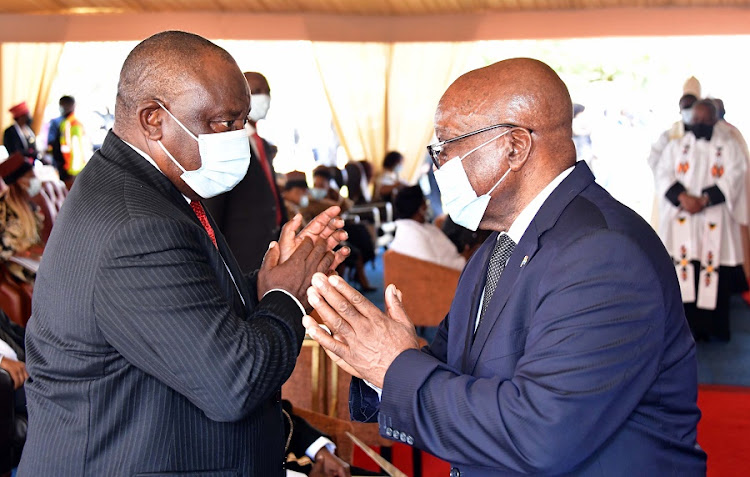 A dog sits at a kitchen table with a cup of coffee. The room around him is engulfed by flame. “This is fine,” he smiles.

You can almost see Cyril Ramaphosa in the popular meme, surrounded by the flaming horror show that is the ANC, proclaiming “unity” in the ruling party. 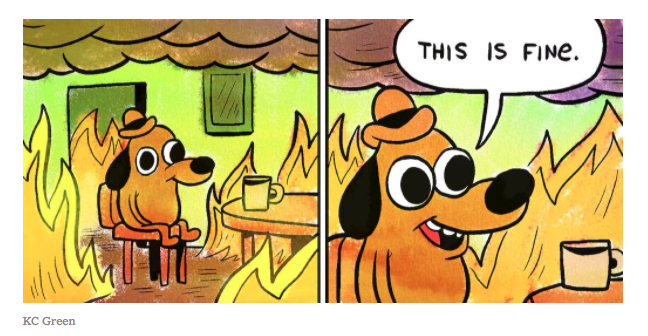 It’s a pretence, rehashed regularly by the president, that’s as disingenuous as the claim that SA’s vaccine rollout is on track. Or that SAA isn’t going to hit up taxpayers for more cash. Or that former leech-in-chief Jacob Zuma is a victim of decades-long political persecution.

It’s a pretence that found voice again this week, when serial orphan and uMkhonto we Sizwe Military Veterans Association spokesperson Carl Niehaus told Newzroom Afrika’s Xoli Mngambi that “there is no RET [radical economic transformation] grouping in the ANC”.

Niehaus added that we should “not try to create an impression of factionalism when there is no factionalism”.

Had he thrown in the funeral of a family member, he might have had a hat-trick of porkies.

It’s a strange claim — even for Niehaus.

As News24’s Carien du Plessis writes, earlier this month he addressed a press conference after a “strategic co-ordinating meeting” of the RET national operations committee, a body that apparently operates out of ANC secretary-general Ace Magashule’s office and which has set up structures in all nine provinces.

But, then, the truth has never been Niehaus’s strong point.

A tale of two parties

Niehaus’s protestations come days after ANC Eastern Cape secretary Lulama Ngcukayitobi warned of a splinter group forming in the secretary-general’s office. This wasn’t just a “tendency” or a “faction”, Ngcukayitobi said, but “a formidable organisation that will contest the ANC”.

Writing for Daily Maverick, ANC stalwart Joel Netshitenzhe similarly warned of the “subversion” of the constitutional order and an “assault on democracy” from the RET faction.

(Netshitenzhe goes on to point out the substantive flaws in Niehaus’s manifesto.)

It’s clear the knives are out, ahead of a national executive committee (NEC) meeting this weekend, at which the ANC is set to finally make a call on its “step aside” resolution – the decision that party members should relinquish their positions if they are facing charges, or their names are tainted by accusations of corruption.

The most prominent person on the line, of course, is Magashule. As it is, the secretary-general is out on bail of R200,000 and facing charges for his alleged involvement in the R255m Free State asbestos roofing scandal.

Unless the NEC finds a reason to kick the can down the road yet again, it will decide this weekend on the integrity committee’s recommendation that Magashule should indeed stand down.

As Stephen Grootes argues, Ngcukayitobi and Netshitenzhe’s warnings – taken with treasurer-general Paul Mashatile rubbishing Magashule’s interpretation of the step aside rule – suggests “that there are some moves under way against Magashule; that people’s willingness to speak out openly against him will be matched by concrete moves”.

Any attempt to dislodge the secretary-general would, of course, involve the NEC actually taking a firm position – and so giving grist to the RET mill.

Which is probably why Niehaus is ramping up the rhetoric in advance, pumping up the populist threat in the hope of buying his benefactor some time.

In any event, there are clearly two centres of power in the party — and not enough political room for both. If Magashule is, indeed, forced from his position this weekend, it could pre-empt a split in the party.

But he won’t go down quietly: without the heft of the ANC behind him, he’s likely to fade into political irrelevance. So, as Grootes points out, he and his allies “will continue to fight ever more viciously ... purely because they have everything to lose”.

The battle is on to see who blinks first. And so SA sits, a room on fire. None of this is fine.

Magufuli was felled by his own hubris. A death by denial
Opinion
10 months ago

The deathly silence so far – and the fact that a national executive committee meeting is on the cards for next weekend – means we can probably expect ...
Opinion
11 months ago
Next Article