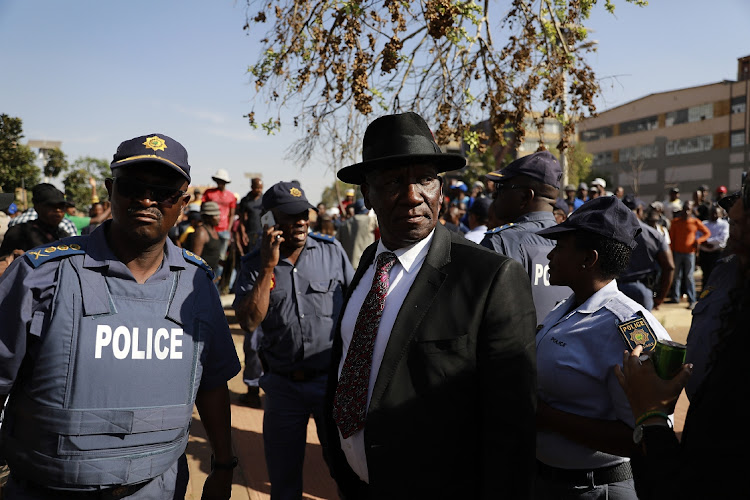 In February 2011, 21-year-old Bongani Mathebula was on his way home from consulting a traditional healer when he found himself caught in a crossfire, as police in the Mpumalanga town of Ermelo opened fire on protestors.

He died of his wounds in a Pretoria hospital on February 19 of that year.

Just over a decade on, 35-year-old father of four Mthokozisi Ntumba stepped out of a clinic in Braamfontein on Wednesday – and into a firestorm of a different sort.

Ntumba died on the pavement, reportedly having been struck three times – above the right eye, in the hip and below the chest.

Yet another tragic death at the apparent hand of the SA Police Service.

Of course, police minister Bheki Cele would have us believe this was the work of a madman.

“[Ntumba’s death] is something that has no inch, no grain of explanation or defence on it,” he told reporters outside Ntumba’s Kempton Park home on Thursday.

“Somebody, for me, just went crazy.”

It’s awfully convenient to attribute Ntuma’s death to the actions of an individual gone rogue; it’s an easy way to sidestep the systemic issues that have plagued the police for years.

The reality is that there’s a long lineage of needless violence presaging Ntumba’s death – and Cele’s glib hand-off of responsibility for it. 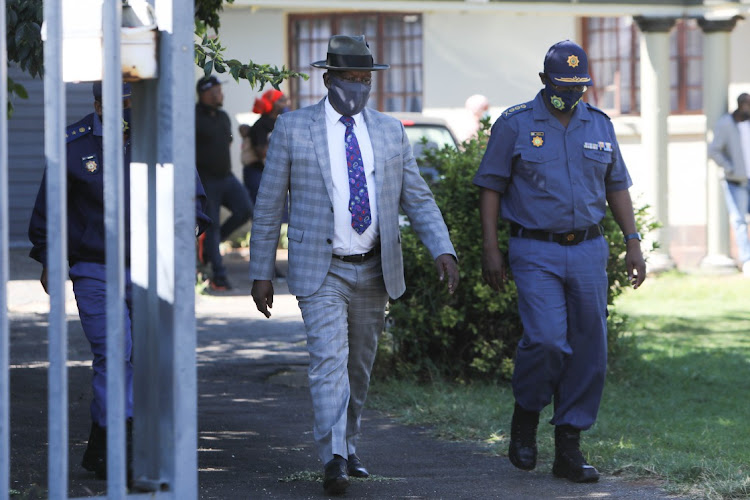 A history of violence

In “The Road to Marikana”, written after the 2012 killing of 34 miners by the police, David Bruce, an independent researcher who’s been writing about policing issues for decades, provides a fascinating historical view of “crowd management” and the use of force.

Part of police reform in the wake of apartheid, writes Bruce, was a substantial investment in public order policing that was intended to “support the right of members of the public to assemble and demonstrate”.

However, at the same time the government was investing resources in this venture, there was a decline in the kind of action that would necessitate it.

As a result, the public order police began to take on more traditional crime-fighting functions.

But even from the early 2000s, when incidents of violent protest again increased, there wasn’t a significant uptick in the number of killings by police.

“Then something very dramatic happened,” Bruce writes. In less than four months in 2011, 11 people were killed in demonstrations – at least nine of them apparently because of “the adoption by the [police] of brutal new methods for dealing with public protest”.

These seemingly included the direct targeting of protest leaders, Bruce says, as well as firing live ammunition and firing rubber bullets directly at protestors (“at close range they are highly likely to be lethal”).

This dramatic resurgence was preceded by the re-establishment of the Operational Response Services as a full police division, responsible for the public order units.

“The division’s creation was, it seems, accompanied by the idea that once police had a pretext for using force, they could dispense with principles of minimum force and use as much force as they wanted to.”

And so Mathebula, along with Petros Msiza (likely killed by rubber bullet in Tshwane, March 2011), Andries Tatane (rubber bullet, Ficksburg, April 2011) and Dimakatso Kgaswane (live ammunition, Tlokweng, May 2011), among others, were all killed in police action.

So was 11-year-old Karabo Khumalo, who died after being hit in the head by a rubber bullet in Bela-Bela in 2017, Bruce writes in a more recent piece on the risk of rubber bullets.

And 61-year-old Thembekile Fana, who appeared to have been killed by a rubber bullet fired at close range in the Eastern Cape in 2018.

During the Wits University #FeesMustFall protests in 2016, student organiser Shaeera Kalla was struck 13 times in the back by rubber bullets fired at close range; Catholic priest Graham Pugin was shot in the face while protecting students running for refuge in his church.

And in 2017 a 14-year-old in Hout Bay was shot in the mouth by a rubber bullet fired at close range while apparently hiding under a table.

As Bruce writes: “No [police] officer has been held accountable for misuse of force in any of the incidents highlighted here.”

What’s to be done, though?

In a September 2020 report for the Institute for Security Studies, Bruce offers some solid suggestions.

Prime among them is accountability.

It’s not enough that the Independent Police Complaints Directorate (Ipid) is adequately resourced to investigate complaints against the police, he writes. “The creation of Ipid gives the [police] justification for not being accountable for its use of force.”

Instead, he argues, the police should account directly to parliament and to the police minister; they should monitor and record their use of force, and present an annual report detailing where and how force was used, and the steps that were taken to “ensure adherence to minimum-force standards”.

It seems a no-brainer —  but this is apparently not done at present. Even though a combination of external oversight and internal accountability has been shown internationally to have a measure of success.

As it stands, most of the information we have about police use of force comes from Ipid, in the form of sterile statistical releases. We know, for example, that in the 2018/2019 year, 393 people died as a result of police action, 318 of them shot dead by police.

Bruce extrapolates from these numbers. Data, he says, suggests that about 25% of people who are shot by police die from their wounds – and those are the numbers we get from Ipid.

In the bigger picture, it’s possible that there are “upwards of 1,000 incidents each year in which police shoot members of the public”.

Then there’s the regulatory mess: the Civil Secretariat for the Police Service in 2017 developed a “use of force policy”, including input from a panel of experts established at the behest of the Marikana commission of inquiry.

The expert panel recommended the urgent adoption of the policy, Bruce writes.

But while police minister Cele apparently approved it in late 2018, two years later there’s no sense of it having been implemented.

Finally, there’s a need to put a stop to the kind of rhetoric that inspires impunity on the part of the police service.

As criminologist Guy Lamb told News24 in relation to Ntumba’s death this week: “This sort of behaviour is also easy to resort to when you have police leadership [who] encourages heavy-handedness.”

That is a long-standing tradition in SA.

Consider the words of former police minister Susan “Bang Bang” Shabangu, who in 2008 told police to “kill the bastards if they threaten you. You must not worry about the regulations. That is my responsibility.”

Or former deputy police minister Maggie Sotyu who, in 2015, said “heinous criminals”​ should be “treated as cockroaches”.

In 2017, Fikile Mbalula, police minister at the time,  told the police to “crush criminals’ balls” and make them drink urine. He later said he would “see to it that legislation protects officers”.

Cele himself is famous for his “shoot to kill” utterances. (He has disputed that he used this phrase, claiming he merely said “use deadly force” and “aim for the head”. The courts found this amounted to the same thing. Yes, quite.)

So when our minister of hats says Ntumba’s death is due to someone “going crazy”, it’s sheer deflection on his part.

The finger of blame points straight back at the police ministry.

Covid-19 regulations have given them an opportunity to push the boundaries of the legality, and sometimes the acceptability, of their actions
Opinion
9 months ago

Because the majority of black South Africans remain voiceless and vulnerable, they’re abused by power-mad cretins emboldened by a gun and a uniform
Opinion
1 year ago
Next Article