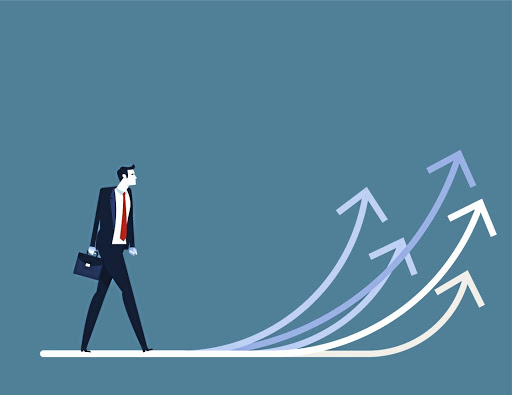 Initial public offerings (IPOs) of special purpose acquisition companies (SPACs) in the US have exploded over the past year. About half of all US IPOs in 2020 were SPACs, and 80% of all US IPOs so far this year have been SPACs, with more than $60bn raised.

These blank-cheque companies have been around for a long time, and have been perennial underperformers (on average) measured over longer periods. Could the latest crop of SPACs be any different? It’s worth looking at how they work.

A promoter of a SPAC raises cash from investors in an IPO, issuing shares plus free warrants to the SPAC’s shareholders. The promoter then has 24 months to use the cash in the publicly listed SPAC for a merger or acquisition. The deal must be approved by the SPAC’s shareholders, and a successful deal triggers the issuing of extra shares to the promoter. But if no deal is approved within the two-year window, the shares are redeemed and investors get their cash back (plus interest, minus costs).

The game-changer that has led to the recent surge in SPAC listings is a rule-change which allows for SPAC investors to vote in favour of a deal, but at the same time redeem their shares and get their cash back, holding on to their warrants only. This is an attractive investment proposition for hedge funds and other investors who participate in SPAC IPOs: it means they can always get their cash back, and the free warrants become valuable if the share price of the SPAC rises after a deal is consummated.

No wonder investors have been clamouring to invest in almost any SPAC that comes along — they have nothing to lose. To avoid all shareholders redeeming their shares and depleting the cash of the SPAC, promoters often clinch deals with "backup" shareholders, referred to as private investment in public equity deals. In some ways, a SPAC merger or acquisition is simply an alternative (or quicker) way for a company to list on a stock exchange. Companies that have listed in this way include:

In May 2018, the US supreme court declared a law that prohibited sports betting in most states as being unconstitutional. This sparked a boom in the business of online sports betting platforms such as FanDuel and DraftKings. In April 2020, DraftKings listed by merging with a SPAC, Diamond Eagle Acquisition Corp, valuing the business at $3.3bn. Today, less than a year later, DraftKings has a market capitalisation of almost $25bn. Revenue growth is impressive, almost doubling over the past year. The company is loss-making due to continued aggressive expansion, but given that it still only operates in a handful of US states, the long-term prospects are exciting.

Founded in 2004 and beset by multiple delays since, Virgin Galactic aims to offer commercial suborbital spaceflights, giving anyone the opportunity to become an astronaut. It also aims to offer the research community a unique platform for space-based science. Chamath Palihapitiya, a prolific SPAC promoter, merged his Social Capital Hedosophia Holdings SPAC with Richard Branson’s Virgin Galactic in October 2019. Shares have risen sixfold since, reaching a market capitalisation of $14bn, though they have fallen back sharply over the past month as further delays of test flights were announced. It now expects to launch its commercial service only in 2022.

Nikola plans to build trucks powered by battery electric and hydrogen fuel cell technology. Taking advantage of the halo effect triggered by Tesla’s meteoric rise, it became a publicly listed company in June 2020 when it merged with VectoIQ Acquisition Corp. Deals to manufacture zero-emission trucks were announced soon afterwards, and General Motors (GM) would also acquire an 11% equity stake in Nikola. Shares surged to reach almost $80, representing a market capitalisation of more than $30bn. Respected short-sellers Hindenburg Research then alleged that Nikola had misrepresented its technology, and the founder, Trevor Milton, stepped down. Nikola recently admitted to various "inaccuracies", including that a moving Nikola truck in a promotional video was actually not drivable and had simply been rolled down a hill. The shares now trade at $18, and the GM deal has fallen through.

Renowned investor Bill Ackman raised $4bn in September 2020 for his SPAC, which has various novel attributes more friendly towards investors than other SPACs. His ability to identify attractive investment opportunities will be put to the test, since more than 350 SPACs are hunting for deals at present. The competition is intense, and the clock is ticking.

If history is anything to go by, some good deals will be done, but most will leave investors disappointed down the line. The incentives at play suggest the outcome for long-term SPAC holders will be less than spectacular.

JEAN PIERRE VERSTER: Companies that could be a good buying opportunity

Amid all the frenzied euphoria, let’s look at some businesses whose share prices have risen sharply of late
Opinion
8 months ago

While your investment horizon should stretch over years rather than 12 months, we can also look back at how last year’s published picks performed
Opinion
9 months ago

1.
TOBY SHAPSHAK: Earth to Mantashe: it’s getting hot
Opinion / Pattern Recognition
2.
JUSTICE MALALA: The tale of a chief justice and a ...
Opinion / Home & Abroad
3.
CHRIS OXTOBY: JSC appointments not black and white
Opinion / On My Mind
4.
GIULIETTA TALEVI: Why the JSE is shrinking ...
Opinion / Editorials
5.
DAVID FURLONGER: Own up! What’s the use?
Opinion

1.
TOBY SHAPSHAK: Earth to Mantashe: it’s getting hot
Opinion / Pattern Recognition
2.
JUSTICE MALALA: The tale of a chief justice and a ...
Opinion / Home & Abroad
3.
CHRIS OXTOBY: JSC appointments not black and white
Opinion / On My Mind
4.
GIULIETTA TALEVI: Why the JSE is shrinking ...
Opinion / Editorials
5.
DAVID FURLONGER: Own up! What’s the use?
Opinion