Where the mining industry goes from here — and whether share prices will rise further, or crash — is the big question 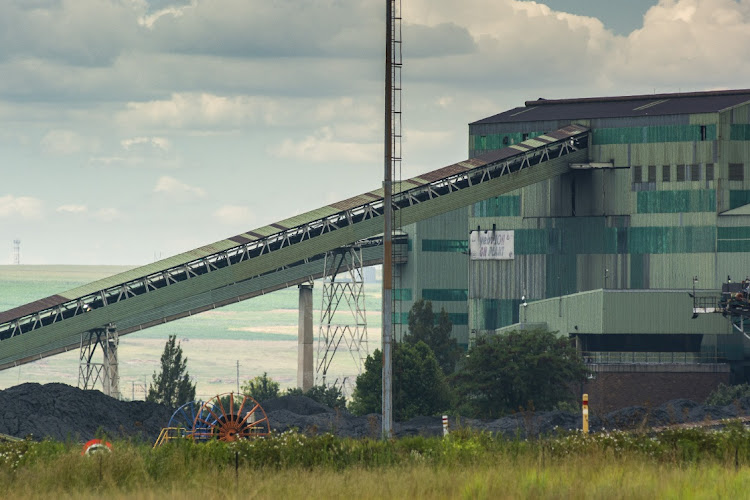 Coal conveyors are shown at the Goedehoop mine in Mpumalanga, operated by Anglo American. Picture: BLOOMBERG/WALDO SWIEGERS

And just like that, Anglo American, the venerable 104-year old SA mining company, is a ten bagger.

Shares in the mining conglomerate jumped 7.3% yesterday to close at R625.84 after the group posted an underlying profit of $9.8bn for the year ended December. That’s just a whisker off the $10bn it made in 2019, notwithstanding the tumult caused by the coronavirus pandemic.

RECM chair Piet Viljoen points out that not too long ago Anglo was “another stock the ‘smart money’ wouldn’t touch with a barge pole”.

To some extent, it’s hard to blame the doubters. In January 2016, Anglo, like many of its peers in the mining sector, was teetering under the weight of huge debts, while prices of commodities like iron ore and platinum — its one-time cash cows — had tanked.

It got so bad that Anglo even seriously considered offloading its stake in Kumba Iron Ore, though it never officially put it up for sale.

At that stage, could Anglo American have gone bankrupt? Well, it wasn’t an entirely far-fetched notion, even if the really smart money didn’t think so.

Yet here we are, five years later, and the believers have been roundly vindicated. Those with the foresight (and capital) to invest, say, R1m into Anglo at the bottom would now have R11,3m.

Of course, the big question now is whether the mining companies — be it Anglo, Amplats, Kumba, Impala or Sibanye — will repeat the same dreadful mistakes they made when the going was good over a decade ago.

At the time, rolling in cash and feeling invincible, many mining firms splurged on a series of silly deals, overpaying for new assets in an expansion-at-all-costs mindset.

Reassuringly, the scars of that time seem to have cut deep.

Anglo American CEO Mark Cutifani said yesterday his group would not be “seduced” by rising commodity prices into laying out hefty chunks of cash for new deals.

In this Financial Times article, he said: “I have been in the industry for 44 years and I have seen cycles and super cycles. We are going to keep the discipline on our capital because it is at moments like this when companies lose sight of the basics and get themselves into trouble.”

Quite where the industry goes from here — and whether share prices rise further, or crash — is the billion-dollar question.

In this week’s FM, a range of analysts, canvassed by my colleague Lisa Steyn, forecast what 2021 might hold for mining companies. Read it here.

Whether it’s still smart to buy mining stocks now is a matter for brisk debate, as is the question of whether the prices of metals are reacting to purely supply-demand dynamics.

In fact, it seems that some of the gains experienced by commodity markets recently are nothing more than speculative money chasing yield.

It goes on to say: “When markets are tight, nearby futures contracts are more expensive than later ones. That means investors can buy contracts today, and when they have to roll them to later months, they get the same exposure at a cheaper price. Profiting from these gaps captures what investors call roll yield.”

You may not be making immense amounts of money on this, but it’s still more than you’d make on the so-called “risk-free” rate in US treasuries — even if those yields have increased dramatically in the past few days as expectations have risen that US inflation will jump.

What all this illustrates is that it’s pretty wild in the markets right now, so if the smart money wants to share some tips, we’re all ears. And if they can tell us where the next “ten bagger” will come from, all the better.

SA’s gold and PGM miners are awash with money after a dazzling year. The good news is that the fun is likely to run
Money & Investing
1 month ago

Anglo has built steadily towards a one-fifth increase in output despite a very difficult, Covid-19-disrupted year
Companies
1 month ago
Next Article

De Beers to launch its new sales model in April

De Beers to launch its new sales model in April