Instead of a lively Fourth Estate able to verify information and act as a lodestone for society, what we have is rampant disinformation and conspiracy theories 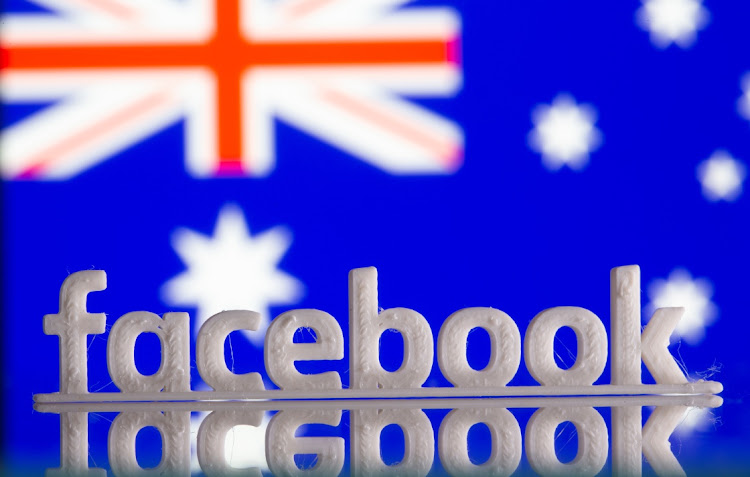 In the face of controversial new legislation to force social networks to pay news organisations for using their stories, Facebook last week called the Australian government’s bluff and removed all news articles from its feed.

The only problem was that Facebook shut down a whole host of legitimate essential services, and — in a delightful twist of irony — its own Facebook corporate page.

In another ironic retort — a post on a Facebook page – Australian Prime Minister Scott Morrison said: “Facebook’s actions to unfriend Australia today, cutting off essential information services on health and emergency services, were as arrogant as they were disappointing.”

But then he said something that will go down in history as the battle cry of governments and lawmakers who are prying back the wild, wild World Wide Web from its new Big Tech corporate rulers: “They may be changing the world, but that doesn’t mean they run it,” he said.

For too long these tech titans have ruled the world. US lawmakers, drunk with pride about Silicon Valley’s amazing wealth-generating innovation and how it had propelled the last remaining superpower to its tech pinnacle, let this happen.

But that all changed in 2016, when Facebook emerged as the epicentre of a vast propaganda and manipulation campaign run by a shadowy, conservative-funded company called Cambridge Analytica. It turned out that the UK’s Brexit and the US presidential elections were deeply influenced by Cambridge Analytica, which ultimately managed to get hold of 87-million people, including nearly 60,000 South Africans.

As Carole Cadwalladr, the investigative reporter for The Observer who broke the Cambridge Analytica saga, said of Google and Facebook: “Liberal democracy was broken. And they had broke it”, as she puts it.

Finally, US lawmakers noticed. As it stands now, Facebook and Google are facing antitrust lawsuits, but, as in the case of the manipulated results of those 2016 elections, the horse has also bolted for the media industry.

It meant that Facebook managed to shift attention away from a “flawed piece of legislation” and on to its “own reckless, opaque power”, Emily Bell pointed out in The Guardian. “Even for a company that specialises in public relations disasters, this was quite an achievement.”

Actually, the problem is infinitely worse than that. Facebook is no longer just a home for funny cat videos and ice-bucket challenges. It is the internet’s intranet. It has become an organising principle for so many organisations — including Australia’s health services, which Facebook blocked too in its clumsy ban.

“A company that cannot reliably identify legitimate news sites, or make a determination between a vital information service and the conspiracy-laden Epoch Times (which was also cut off), should not be part of a country’s critical communications infrastructure,” writes Bell, who is a director of the Tow Centre for Digital Journalism at Columbia Journalism School.

Clumsy as it may be, Australia’s News Media & Digital Platforms Mandatory Bargaining Code should become law this month, and it will require Google and Facebook to negotiate compensation with the media houses.

It has been pointed out that Rupert Murdoch – who owns News Corp, which dominates the Australian media landscape — has pressurised his government to enact the new law. And Rupert, it turns out, has already signed lucrative contracts with Google.

Yet, as Facebook’s blackout demonstrated, all of this illustrates how bereft the online world would be without the news media.

Indeed, where once there was a thriving online media industry, now an estimated 80% of online advertising is sucked in by Google and Facebook. By offering advertisers all manner of promises about how targeted these messages can be, these two tech giants have weaponised the ability to sell to its own users.

The result is that while Facebook and Google clocked up a combined $267bn in revenue last year, the media industry that relied on advertising has been decimated. This is despite the critical role the news media plays in any democracy.

By contrast, Facebook and Google have grown immensely rich by siphoning off the advertising that used to sustain news organisations. So, instead of a lively Fourth Estate able to verify information and act as a lodestone for society, what we have is rampant disinformation and conspiracy theories.

Neither do Google and Facebook contribute back to society in the same way the media industry has done. They don’t have the checks and balances of news organisations, never mind basic fact checking. Instead, they’ve allowed dubious websites to “game” the system and earn millions of dollars in click-bait advertising. And social media has weaponised the spreading of lies and falsehoods, like those tweeted by former US President Donald Trump.

Whereas once we had the richness and depth of a newspaper, today we have an often-toxic online environment that has weaponised “sharing” and “liking” into a megaphone for disinformation, anti-vaxxers, conspiracy theories that claim the US Democratic party is a secret paedophilic organisation, and even (on YouTube), claims that the earth is flat.

In the US, more than 44% of Americans get their news from Facebook. Yet the company has conspicuously failed to act against groups that spread conspiracy theories like QAnon and those of white supremacy groups. The riot on Capitol Hill, it turns out, was organised using the platform.

In response, Facebook argues that it’s unable to police what people put on its site.

That’s not true. When Covid-19 ripped through the world, all of a sudden Facebook, Google and Big Tech found a way to block out the disinformation. All it took was a deadly global pandemic during which misinformation could cost lives.

Bell sums up what’s at stake here: “Australia is a test case for resisting the idea that the digital advertising duopoly of Google and Facebook should set their own rules and policies for shaping the media landscape they dominate.”

For every A$100 spent on online advertising in Australia, excluding classifieds, nearly one-third goes to Google and Facebook, according to the ...
World
11 months ago
Next Article