JUSTICE MALALA: On his third anniversary, what has Ramaphosa really done?

Three years after he ascended to power, the fine words are beginning to sound hollow. The promised ‘man of reform’ seems hostage to forces in the ANC he seems unwilling to tame 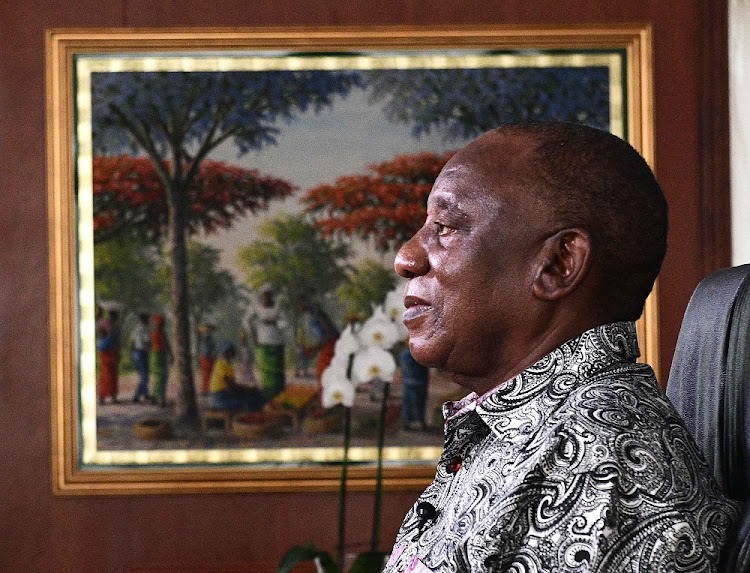 On February 16 2018, President Cyril Ramaphosa delivered his first state of the nation address. The president’s traditional speech outlining the year’s political programme was a week late. The country had been a very different place the week before – Jacob Zuma was still president and was scheduled to deliver the speech.

But even the ANC had had enough of him by then. They showed him the door. Zuma tried to resist, but finally accepted the inevitable in a late-night address to the nation.

In his hastily put-together state of the nation speech, Ramaphosa outlined what he called a “new dawn” for our country. He entreated us to look to the future, to “put all the negativity that has dogged our country behind us because a new dawn is upon us”, and to begin the process of rebuilding.

“We are one people, committed to work together to find jobs for our youth; to build factories and roads, houses and clinics; to prepare our children for a world of change and progress; to build cities and towns where families may be safe, productive and content,” he said.

Optimism was in the air. In getting rid of his predecessor, Ramaphosa had slayed a monster.

What lay ahead of him, though, was a massive challenge. The economy was in tatters, institutions had been hollowed out and there was no coherent national economic rejuvenation plan on the table.

Ramaphosa himself put it plainly: “Our most grave and most pressing challenge is youth unemployment. It is therefore a matter of great urgency that we draw young people in far greater numbers into productive economic activity. Young South Africans will be moved to the centre of our economic agenda.”

As he delivers his state of the nation speech this week, it is fair to say that most of the promises of that heady day have come to naught.

Ramaphosa is a man who plays the long game, but he is running out of time. This month marks a full three years since he took over. It should be a time to celebrate the beginnings of real change.

To be sure, he wasn’t dealt the lucky hand that Thabo Mbeki got (Mbeki’s economic nous was boosted by a global economic boom). Ramaphosa, on the other hand, got the Covid-19 pandemic, which has devastated the country and the world. But he also has not covered himself in glory.

Many of Ramaphosa’s promises, it turns out, were just hot air.

He said: “We will initiate a process to review the configuration, number and size of national government departments.”

Three years later the bureaucracy is still bloated, overpaid and inefficient. Whose fault is that? He said: “This is the year in which we will turn the tide of corruption in our public institutions.”

Well, you merely have to look at the reports of Covid-19 procurement corruption, stretching right into the president’s office, to know that this was a pipe dream. Whose fault is that?

He said: “We will intervene decisively to stabilise and revitalise state-owned enterprises.”

Has anyone told Stella Ndabeni-Abrahams this while she fiddles with the SABC’s board and executive? Or the SA Post Office? Or Pravin Gordhan at SAA?

Ramaphosa said: “We call on all public servants to become agents for change.”

These same civil servants continue to treat social grant beneficiaries like lepers, hosing them with powerful water cannon just a few weeks ago. There has been no condemnation of this from the presidency.

There are so many who still want Ramaphosa to succeed. The SA we lived in under Zuma was headed for basket-case status, and Ramaphosa was key in helping stop the rot from within the ANC.

But Ramaphosa’s hesitant posture has to end. Three years is way more than enough time to put his stamp on his party. How long will he continue to mollycoddle the corrupt in the ANC?

Though he won by a slim margin, it is incredible that Ramaphosa remains so weak in his party that, three years after he ascended to its presidency, he still cannot move ahead with reforms. How long will real implementation of policy be held hostage by the ANC factions that he leads and, seemingly, is reluctant to deal with firmly? Three years after he ascended to power, the fine words are beginning to sound hollow. The president of SA increasingly sounds apologetic about the position he holds. The promised “man of reform” seems hostage to forces in the ANC he seems unwilling to tame.

There have been many words thrown about — the noise will continue, but nothing silences your critics quite like action. Ramaphosa needs to deliver. Our people cannot survive on words of hope forever.

GARETH VAN ONSELEN: In Ramaphosa the business genius we believe despite the evidence

Imagine if your government obsessed over its citizens and their needs, before considering how best to serve itself
Opinion
2 months ago

While hard economic facts are beyond dispute, assumptions, conspiracies and prejudices only make matters worse
Opinion
2 months ago
Next Article

Labour and business call on Cyril Ramaphosa to detail economic recovery plan at ...

Sacking 'defiant' Zuma from ANC not up for discussion yet — Ramaphosa

Labour and business call on Cyril Ramaphosa to detail economic recovery plan at ...

Sacking 'defiant' Zuma from ANC not up for discussion yet — Ramaphosa

LUNCH WITH THE FT: Sir David Spiegelhalter: ‘Risk is a ...