KATHARINE CHILD: Amid plans to use medical aid money to finance vaccines for SA, has anyone asked the members?

Many South Africans would gladly pay for inoculations to stop the mounting death toll and revive the economy. But a structure must be found that passes legal muster for schemes to be able to sponsor the immunisation of people who do not pay for cover, and the companies are by law obliged to speak to the trustees, who speak on members’ behalf 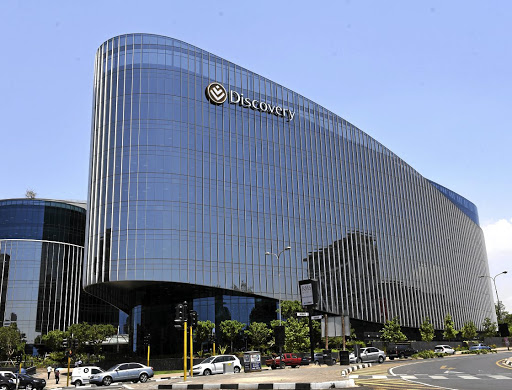 There is a bizarre voyeurism and unusual public interest in how self-made billionaires spend money. When Discovery boss Adrian Gore bought an apartment in Central Park, New York, for R103m a few years back, it made Sunday newspaper headlines.

Surely it’s no-one’s business but his own how a man who built a business behemoth spends his fortune?

But what he and Discovery Health definitely can’t do is spend medical aid members’ money the way they want to, without accountability.

In SA the luxury of spending other people’s money seems to be reserved for the government, which far too often squanders it.

As a starting point, it goes without saying that everyone who is sensible agrees that SA needs vaccines, as the death toll from Covid-19 is staggering. While more evidence is still needed to prove to what extent inoculation stops the disease from spreading, it’s clear that vaccines substantially reduce the risk of dying of Covid-19.

It’s also true that many South Africans would bend over backwards to pay for vaccines to stop the mounting death toll and revive the stalled economy.

This is the context in which the government is now putting pressure on big business to fund a vaccine roll-out alongside Treasury.

Already business leaders, including Gore, under the auspices of Business4SA, have been meeting with Treasury and government representatives to discuss how to handle the matter.

Medical schemes are also involved in the Funders Working Group, which includes representatives from the entire medical aid industry and its regulator, the Council for Medical Schemes.

This was not Discovery’s idea, the company said, but one that arose during the negotiations.

However, there are a few problems with medical aids paying for nonmembers to get vaccines.

First, everybody, from the regulator to Discovery Health, admits that legally, private medical funds can’t be used to fund health care for people who don’t belong to medical aids. This would be a breach of the Medical Schemes Act.

Alex van den Heever, a health economist from Wits University, says this would amount to an illegal “syphoning off of funds” from medical aid members.

This is because the law stipulates that medical aid funds belong to the members and are subject to oversight from medical aid trustees — who, it would seem, have been notably absent in these vaccine funding discussions.

Second, the public has read numerous articles about tender fraud — be it for PPE or school cleaning — and is tired of their money being squandered. Justifiably, they would want guarantees that if the private sector is paying the vaccine programme must be properly run, without corrupt middle men being involved.

However, an offer of funding wouldn’t necessarily guarantee the private sector’s influence over the process.

To take one example: Discovery Health offered to help build the electronic database to record details of more than 1-million health-care workers who are getting the vaccine, but the government declined that proposal. Instead, it built its own system (although Discovery is offering “support”).

As important as vaccines are, the regulator and medical industry don’t get to break the law.

Van den Heever points out that legally, medical aid money can’t be used for nonmembers — except in exceptional circumstances, decided on a case-by-case basis, and only after an application to the regulator.

It doesn’t help that the public statements on this issue seem muddled. First Discovery and the regulator said that medical aid money will not be used for nonmembers’ vaccines. But at the same time Discovery said “the intention is still for medical schemes to cross-subsidise costs of … vaccinations”.

If that sounds contradictory, it’s because it is. Discovery argues that now, in the middle of a catastrophic pandemic, is not the time for South Africans to hold onto their private cash.

“This is a moment when solidarity in the health-care sector is of paramount importance to the country and is warmly welcomed and supported by both the public and private sectors,” it tells the FM.

Which is true — but many South Africans might argue that the hefty taxes they already pay demonstrate their social solidarity.

Given the legal problems, what sort of structure could be used for medical aid members to pay for vaccines for nonmembers? How could it work?

The idea seems to be that the government will set the notional price of vaccines, and the medical aids will pay more than those vaccines cost — an extra margin that can be used to finance vaccine purchases for people who don’t belong to medical aids.

Not so fast, says Van den Heever: industry representatives colluding with the department of health on pricing amounts to an abandonment of the rule of law.

In his opinion, the only lawful route for medical schemes to contribute to vaccines for nonmembers is for the schemes to donate funds from their available free reserves, after requesting an exemption to do so from the regulator.

Any such donation, says lawyer Elsabé Klinck, has to be done in line with the Medical Schemes Act’s requirement that it be “in the interest of all and some of its members”.

Klink thinks structuring it this way — as a donation of medicine to the public sector — might be legally possible, provided the minister of health and the regulator publish exemptions in the government gazette allowing it.

Either way, the crux of the issue is that medical aid members need to know how their funds are being used. Says Van den Heever: “Most medical scheme members would agree to donate surplus funds from medical schemes to ensure that SA’s vaccination strategy is universal. But ... they would be correct in opposing illegal and unaccountable approaches to [using their funds].”

In any event, Discovery disagrees that it would have to be structured as a donation. In a press statement it says that paying extra for vaccines to help finance a wider programme is consistent with the law.

“This is likely the single most important public health imperative of the past century,” it says. “The schemes we administer have all recognised their responsibility to their members, and to society, to be an important contributor to the success of this vaccination programme, within the constraints of the Medical Schemes Act.”

Klink makes a critical additional point, which many seem to have overlooked: medical schemes are ultimately accountable to their members. And those charged with looking after members’ interests are the trustees of medical schemes.

Yet it seems the medical aids haven’t bothered to ask their members what they think of these plans.

While Discovery has sent out extensive communication to its medical aid members about many other things, it has not sent any information — or even asked for their thoughts — on the prospect of using their money to finance vaccines for the entire country.

When asked whether it would communicate with members, Discovery’s response to the FM was that nothing has yet been decided and it will communicate “as soon as there is any finality on the funding of vaccinations”.

Technically, Discovery may not have to speak to its members about this — but if it is donating their money to the state, it certainly should. Either way, what it is legally obliged to do is speak to the trustees, who speak on behalf of the members.

So what do the Discovery Health Medical Scheme trustees think of this debate?

Well, who knows — when the FM asked to speak to the trustees on this issue, Discovery Health said it was “mandated” to speak on behalf of the scheme.

This is odd: medical schemes are meant to be independent of their administrators, and the trustees are supposed to make the final call in the best interests of the members. Is Discovery overstepping these boundaries?

Either way, the public statements so far imply that if medical aid members want to know whether their money will be spent on buying vaccines for the state, they’ll have to wait until the decision has already been made.

For any such decision to be made without them having a say just wouldn’t be good enough.

Johnson & Johnson is expected to release its vaccine trial data later this week. If successful, it could be a promising development for SA
Features
8 months ago

KATHARINE CHILD: If Ramaphosa wants vaccine rollout to work, the private sector is his best hope

Private health care businesses have far greater reach into rural areas than public health facilities, thanks to its network of independent GPs and ...
Opinion
8 months ago

Treasury considers a tax hike to pay for biggest vaccination drive in SA’s ...

Treasury considers a tax hike to pay for biggest vaccination drive in SA’s ...

PODCAST | The rise of edtech and its roll in job ...